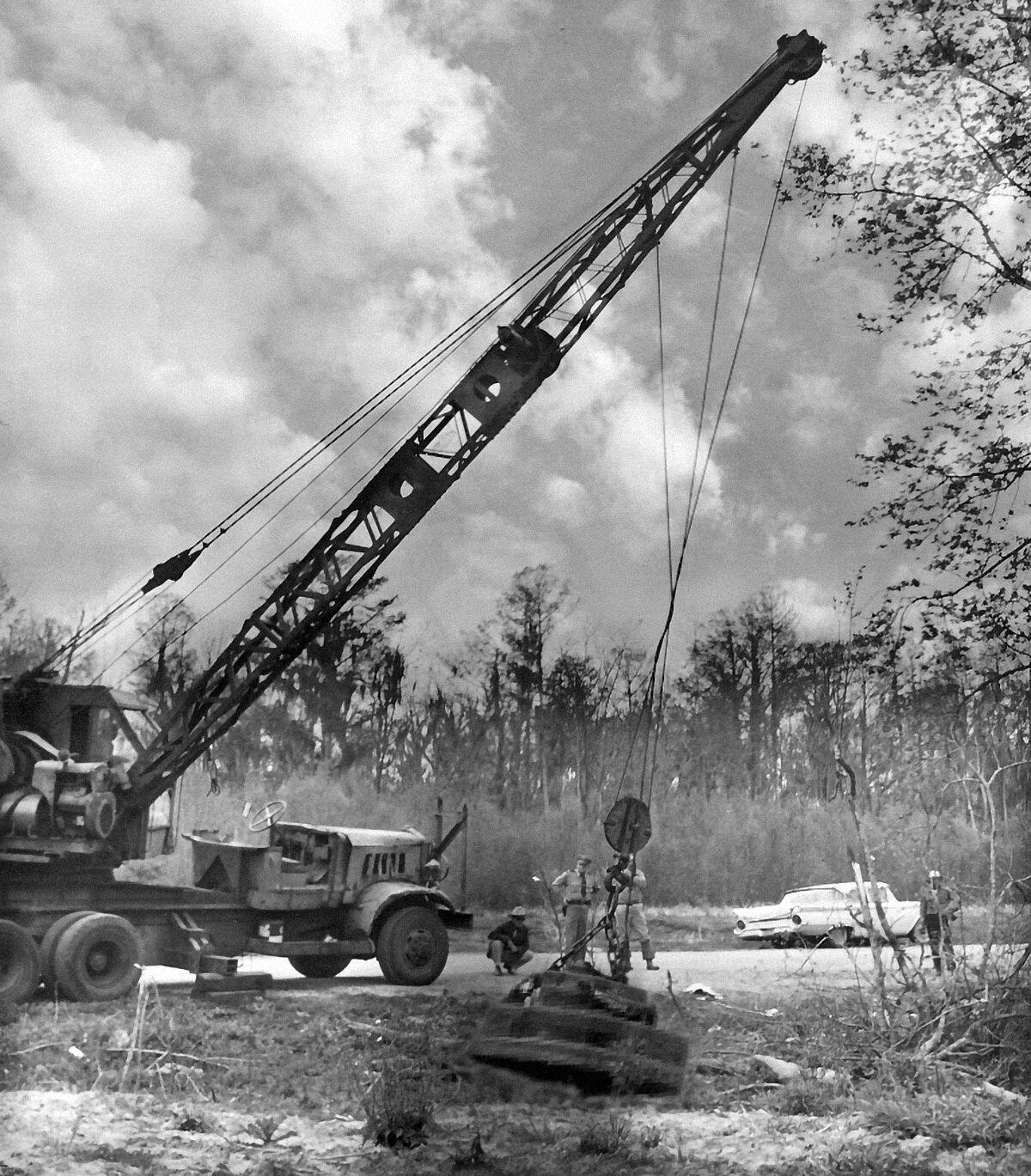 The eight-foot electromagnet, mounted on a hinge and dragline, used to sweep through the swamp. 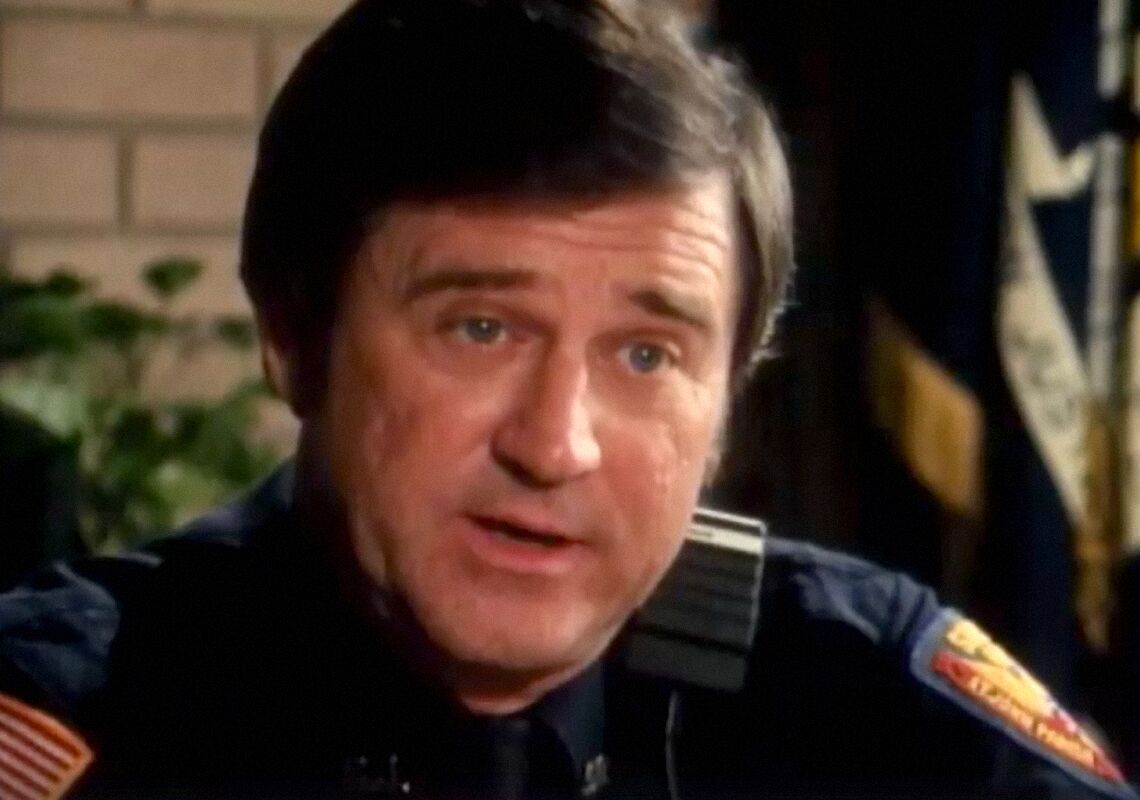 The eight-foot electromagnet, mounted on a hinge and dragline, used to sweep through the swamp.

Thursday afternoon, July 23rd, 2020, I spoke with the last commissioned officer to investigate both the murder of Thomas Hotard and the disappearance of Audrey Moate. And I asked the retired St. John the Baptist Parish sheriff’s deputy if he had been following my work on the case.

“I enjoy reading your column,” Lieutenant Wayne Norwood, told me. “But with this case, you needn’t bother. I solved it years ago, back in the 80s.”

Wayne Norwood is sincere in his belief, but his proclamation reminded me of those that preceded it. No one “solved the case” more often than St. John the Baptist Parish Sheriff Percy D. Hebert.

Within days of finding Tom Hotard’s shotgun pellet-riddled corpse in his car on the west bank of Lake Pontchartrain, Sheriff Hebert told the Times-Picayune, “I can’t share the details, but this thing will be solved by the end of the week. I’m off to Bogalusa to wrap it up now.”

A Bogalusa hunter had found a shallow grave near Folsom, and a dozen steps from there, a woman’s slip and purse, but ultimately neither the slip nor the bag belonged to Audrey Moate, and the grave held the body of a farmer’s mule.

Five months later, Sheriff Hebert told reporters that a 62-year old New Orleans businessman reported witnessing the double murder of Thomas Hotard and Audrey Moate and, the sheriff said, the killer would be in custody soon.

Jackson Lejeune “confessed” to meeting George Moate at the French Market in New Orleans. They had drinks at a bar on St. Charles Avenue, he said, before following Moate’s wife to Frenier Beach. According to Lejeune, he watched George pull a shotgun from the trunk of his car and shoot Tom Hotard.

George, according to Lejeune, then killed Audrey in the swamp, burying her body there, while Lejeune waited in the car. Lejeune begged the sheriff to place him in protective custody before George Moate killed him.

Sheriff Hebert and his deputies escorted Lejeune to several “gravesites” in the bog surrounding Frenier Beach, but each time, their digging found nothing.

After George Moate’s alibi proved unshakeable, a doctor from the Southeast Louisiana Psychiatric Hospital in Mandeville contacted Sheriff Hebert, confessing that he had released Jackson Lejeune from the facility prematurely.

The sheriff’s next big announcement came on March 14th, 1959, two years after the death of Thomas Hotard. Another attempted murder near Frenier Beach on the same day of the week in a similar fashion suggested a break in the case.

As before, an assailant shot someone through the closed window of an automobile parked at the end of old Frenier Road. This time, however, the shooter made a mistake that resulted in a 10-year prison sentence.

In the clearing nearest to the beach, Leonie Martinez sat in the family car while her husband, Frank, fished a short distance away. Knowing Frenier Beach was the scene of the Hotard murder, she rolled up the car windows and locked the doors.

A man fired a .38 revolver through the glass and wounded Leonie before trying to open the locked car door.

“Damn it. Open up and get out,” Leonie later quoted him as saying.

Instead, Leonie leaned on the car horn until Frank Martinez popped out of the woods, a short-cut from the bayou where he fished.

Panicked, her assailant ran to his car, backed it around, and sped off, while Frank shouted the car’s license number to Leonie, who wrote it on a newspaper in the car.

At Charity Hospital, doctors treated a flesh wound in Leonie’s right shoulder, painful, but not severe, inflicting no permanent damage.

One hour after the attack, Sheriff Hebert arrested the shooter at his swamp cabin near Reserve, less than five miles from the crime scene.

Edmond Joseph Duhe, a 40-year-old bespectacled man who worked at a nearby sugar refinery, claimed he had fished all day and knew nothing of a shooting. As he spoke, the sheriff recalled seeing him at the scene of the Hotard murder, among a group of volunteers searching for Audrey Moate.

Search warrant in hand, the deputies uncovered a vast hoard of pornographic photographs in the house, along with five women’s purses, 50 lipstick applicators, and over a dozen sex magazines.

In the trunk of Duhe’s car, they found more women’s purses, including one made of plain black cloth, matching the description of Audrey Moate’s missing handbag.

Hours after his arrest, Duhe confessed to shooting Leonie Martinez but insisted he did not kill Hotard and knew nothing of Audrey Moate’s whereabouts. He admitted owning a 16-gauge shotgun in 1956 but said he lost it hunting in 1958.

The following day, sheriff’s deputies accompanied Duhe to the spot where he tossed the old Iver Johnson .38 short revolver that he admitted using in the Martinez attack. However, deputies found the area dense and virtually impenetrable, the ground tangled and soggy, flooded in places.

After searching fruitlessly for days, Sheriff Hebert enlisted the aid of a local junk dealer, who employed an eight-foot electromagnet, mounted on a hinge and dragline, to sweep through the swamp.

The powerful magnet found Edmond Duhe’s revolver, along with many indistinguishable chunks of metal, several strands of barbed wire, a civil war sword, a tractor motor, and several corroded rifles.

Certain Duhe was involved in the Hotard murder and the disappearance of Audrey Moate; Sheriff Hebert commissioned the junk dealer to drag his magnet through “any and every accessible lakeshore, shrub, canal, and muddy bog within a thirty-mile radius” of Frenier Beach.

That week, the junk man collected a steel truck motor, two car bumpers, several boat anchors, more guns, mountains of cans, and a blade from a sawmill, but Sheriff Hebert could connect nothing found to Thomas Hotard’s murder.

Unperturbed, the sheriff persuaded Duhe to take a lie-detector test.

“Duhe responded poorly to the drug,” the sheriff told reporters later, but before vomiting, when asked about the location of Audrey Moate’s body, Duhe mumbled something about a “commissary dump.”

Knowing the sugar refinery where Duhe worked once maintained a dump, Sheriff Hebert ordered the bulldozing of the abandoned site, searching for Audrey Moate’s bones.

Duhe, in manacles, watched the heavy machinery work, telling reporters on the scene that he did not recall saying anything about that location to police.

Once leveled, the commissary dump revealed no bones of Audrey Moate or anyone else.

Edmond Joseph Duhe pleaded guilty to the attempted murder of Leonie Martinez and served ten years in the Louisiana State Prison at Angola. He died in 2003.

In 1989, the television documentary series, Unsolved Mysteries, aired interviews with Lieutenant Wayne Norwood and Marvelle Caronna, the daughter of Ernest Acosta, a man who lived within a mile of the Hotard murder scene.

According to Marvelle, who died in Livingston Parish in 2006, Acosta, before he died in 1980, told family members that his late wife, Caroline Schloesser Acosta, murdered both Audrey and Thomas in 1956. Her father, Marvelle claimed, said her stepmother killed the couple outside the Acosta home in Reserve, Louisiana.

Ernest Acosta, as the story goes, placed Hotard’s body in his car and drove the vehicle back to the lakeside clearing, and the couple hid Audrey’s body in a metal fish trap in their yard until the sheriff completed his search.

The next day, they stuffed Audrey’s body into a 9-foot civil war cannon and sunk it in the swamp. An identical cannon, he said, had been discovered in Ruddock in 1977 and is on display in that town today. Both Union and Confederate troops placed guns of this size to protect railroads, and railroad tracks ran next to Ernest Acosta’s home.

Wayne Norwood told me he interviewed the St. John the Baptist Parish coroner, Dr. Remy Gross, who confirmed that Hotard’s assailant shot him inside the car. Therefore, Wayne Norwood said, if Acosta did tell his family this story, he lied.

The retired deputy now believes Ernest Acosta killed Hotard inside the car on Frenier road before raping and murdering Audrey at his home. The only part of Acosta’s hearsay confession Wayne Norwood chooses to believe is the supposition that Acosta hid Audrey’s body in a 9-foot civil war cannon before sinking it in the swamp.

However, even that small part of the Acosta story cannot be genuine, as an iron civil war cannon of this size would have been too heavy for Ernest and Caroline Acosta to move without heavy machinery. Moreover, if they had managed to sink the iron behemoth, Sheriff Hebert’s giant electromagnet would have discovered it back in 1959.

No. The truth remains elusive and likely buried somewhere else altogether.

Thomas Adolph Hotard’s family buried his body in the Jefferson Parish Garden of Memories in Metairie, Louisiana. His tombstone marks the day he died as November 25th, 1956 – Audrey Moate’s 31st birthday, and the day she disappeared.

Perhaps, Minnie Smith – who died three years before the Unsolved Mysteries television series began – knew something about her daughter’s fate that she chose not to share with law enforcement.

“Bayou Justice” is a weekly true crime column featuring exciting or notable crime-related stories often focusing on cold case files in South Louisiana; stories based on interviews with key players, among them: police investigators, lawyers, victims, and their families. If you have information regarding this case or another unsolved crime, contact Crime Stoppers or your local police agency, or email bayoujustice@hammondstar.com.