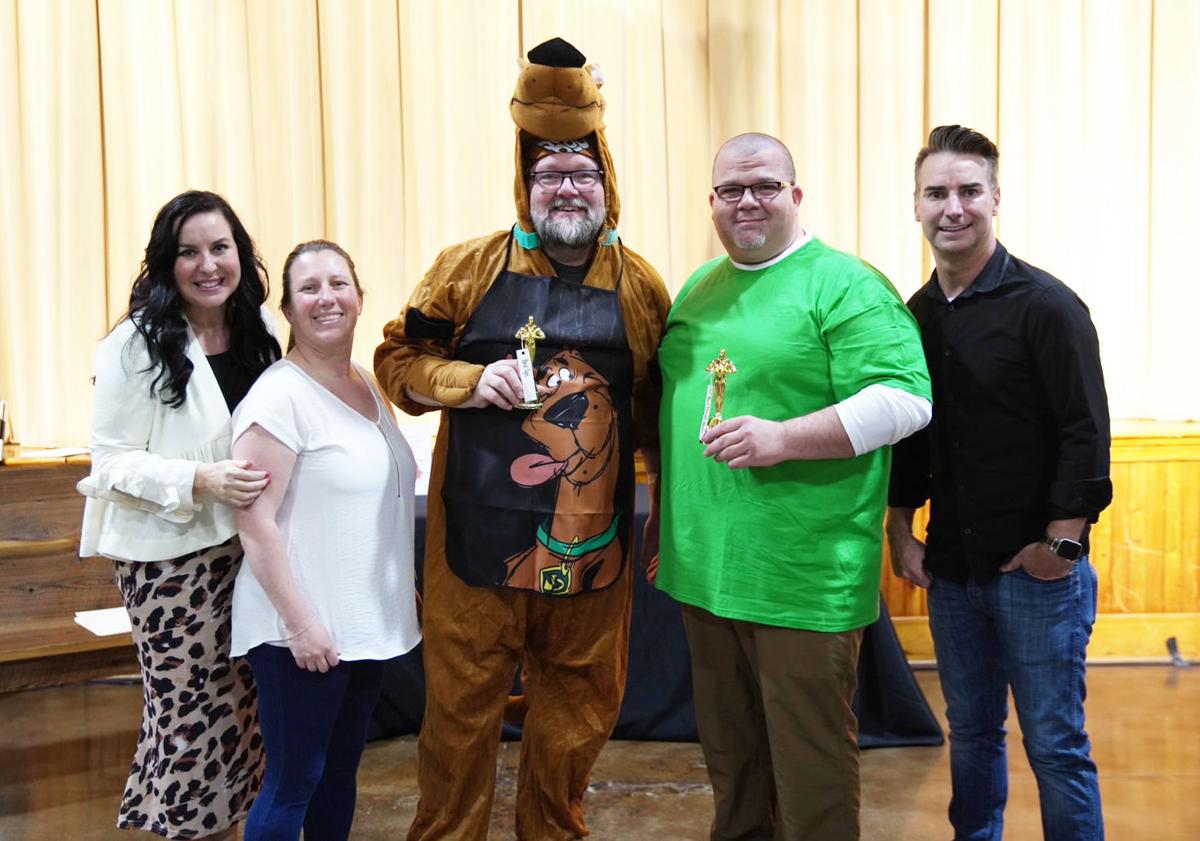 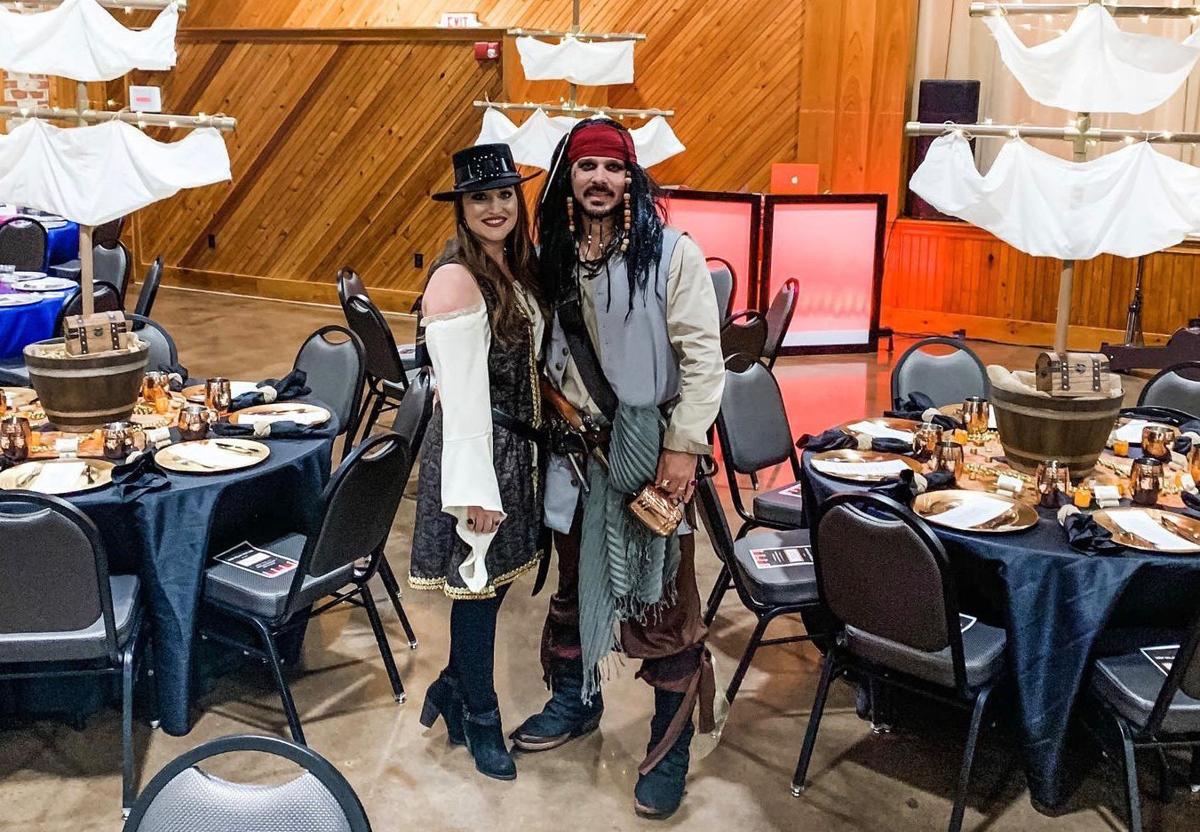 Clare and Lee Berthelot went all out for the Celebrity Waiters event, appearing in costumes as characters from the “Pirates of the Caribbean” movie series. The event drew over 450 people and raised $99,000

Clare and Lee Berthelot went all out for the Celebrity Waiters event, appearing in costumes as characters from the “Pirates of the Caribbean” movie series. The event drew over 450 people and raised $99,000

Celebrity Waiters was a prelude to the parish’s largest fundraiser for the American Cancer Society. This year’s is set for Friday, Apr. 3, from 5 p.m. to 10 p.m. It will be held on the grounds of Brusly High School.

“Two years ago, we raised $30,000 with our Celebrity Waiters event and last year, we upped the total collected to almost $65,000,” said Carley Dolezal, the community development manager for the parish.

So successful was the Celebrity Waiters event that at the actual Relay For Life, participants will only need about $16,000 to eclipse last year’s total of about $15,000.

“It’s always been an important cause to our school and it became even more important when I lost a very close friend that was our chair of Relay For Life and so in her honor, I want to continue giving everything I can to this organization that I know helped her family and will help others like her,” Kelley Stein, a Celebrity Waiter volunteer and the assistant principal at Port Allen Elementary School.

Dolezal said the top fundraisers was a team consisting of Jeremy Thompson of the Brusly Police Department and radio deejay Scott Innes, the voice of the cartoon character Scooby Doo. Innes even wore a costume depicting his character as he waited on tables.

“Jeremy and I are just very humbled to be a part of this thing,” Innes said. ”You know, I love the West Side. I live in Prairieville now, but I still cross this bridge to help out because I love this community.”

“It really makes me feel great that people still care enough to give,” he continued. “Cancer has affected so many people in our lives and tonight it proved 100 percent that people are givers. We’re excited and we’ll be back next year.”

Coming in at second and third place in their donation totals were Rhonda Kelley, whose overall total was about $11,627, and Assistant District Attorney Tony Clayton, who collected $10,856.

“We are blown away by the success of this event,” said Bridget Easley, a Celebrity Waiter committee member. “We topped our last year’s total by more than $25,000 with this year’s total being about $97,000.”

"My brother, Blaine Rabalais and I are very passionate about this cause because our father as well as with our friend and committee chair Kimberly Bryant both being cancer survivors,” she continued.

Dolezal said there is still plenty of time left—and a great need—for more teams to join the cause. She said she would also like to see more corporate and small business participation.

“We obviously need as much community support as we can get for Relay For Life,” she said. Teams usually set up tents and sell a food product or offer a game with the proceeds going into the event’s total.

Other means of fundraising at Relay For Life are luminaries, bags with candles burning in memory of victims of cancer or as tributes to survivors.

The West Baton Rouge Relay for Life has proven its resiliency and commitment to fighting cancer yet again. The organization is hosting its ann…