Port Allen’s Chief Financial Officer Audrey McCain warned the City Council of “dipping seriously into the general fund balance” if the budget proposed by Mayor Richard Lee during the May 13 City Council meeting is approved “as is.”

“The bottom line is the expense number is $5.5 million and the revenue number is $4.7 million, which means you start in the hole by a significant amount and you still have to pay $240,000 debt on this building,” McCain told the City Council. “You’re dipping seriously into fund balance if the budget goes down like this.”

The city anticipates bringing in about $4.7 million in revenue - that’s with a 10 percent decrease in sales tax, adjusted to reflect the predicted economic impact of the novel coronavirus pandemic. McCain said she was pleasantly surprised by last month’s sales tax numbers but doesn’t expect them to hold.

“Please be advised [adjusted sales tax revenue] is a guess because I really don’t know what’s going to happen any more than anyone else does with the economy working like it should,” McCain said. 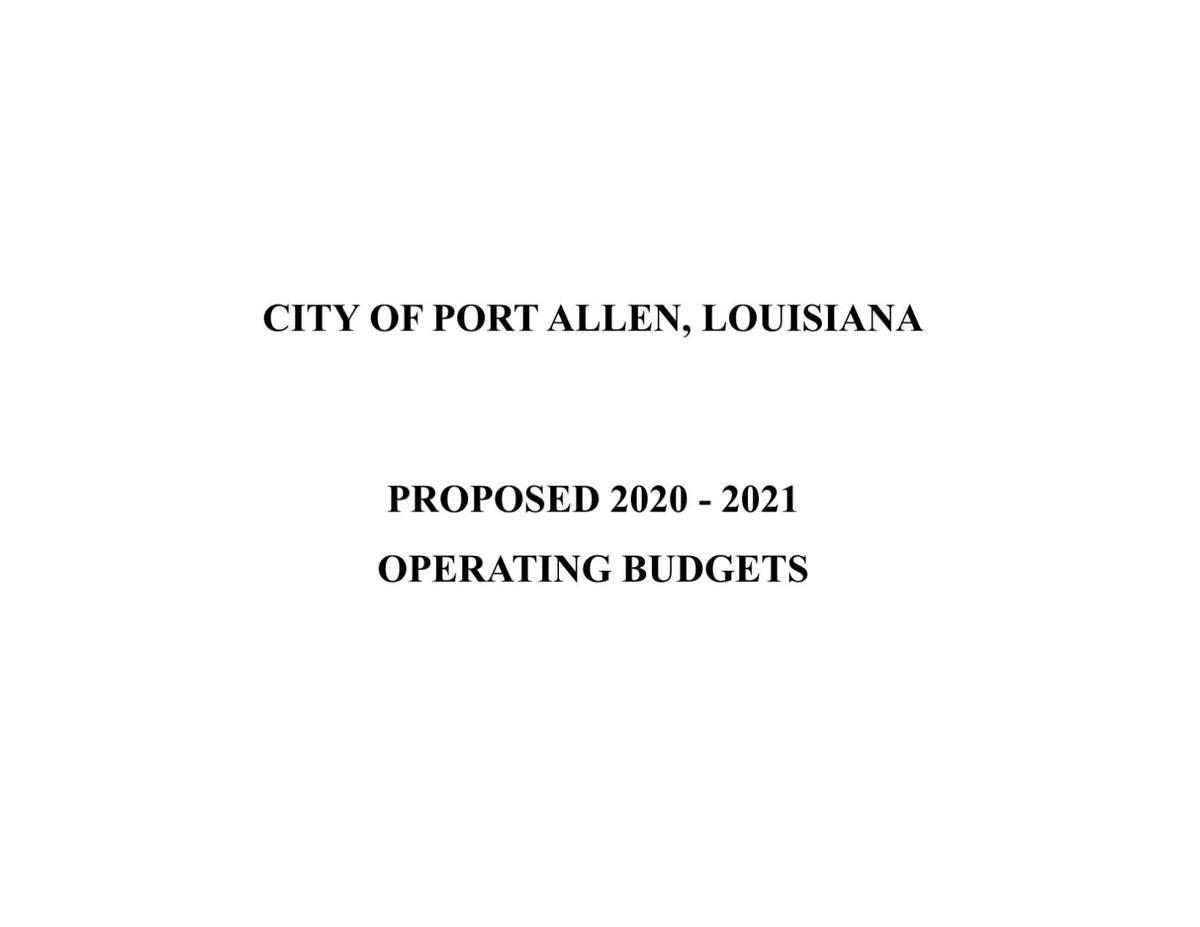 The proposed budget shows spending about $800,000 more than what the city predicts it will generate in revenue. Those expenses include:

Please visit www.thewestsidejournal.com to view the proposed budget in its entirety.

Proposed spending on city and water and gas administration will increase by about $19,000, with additional spending on employee salaries, executive retirement, liability insurance and the addition of necessary election expenses. The proposed cuts are to professional training, “other professional services,” minutes/public notice, dues, subscriptions, memberships and fire insurance.

The Port Allen Police Department budget also has proposed cuts included. Last year, the City Council adopted a $2.05 million budget for the Port Allen Police Department. This year, the mayor proposes a $1.88 million budget with no spending for buildings, improvements other than buildings, office furniture, vehicles, firearms and general equipment, and about a $26,000 cut to salaries and wages.

The proposed community development budget includes spending of about $378,000 - a $34,000 dip from last year’s approved budget but more than double the actual spending on community development items last year, which totaled $168,339 because the $240,000 approved spending for bathrooms at Centennial Park and Cohn Park did not come to fruition. This year, the mayor proposes spending $175,000 for exercise equipment at Centennial Park and playground equipment at Cohn Park.

Last year, the Louisiana Legislative Auditor (LLA) found the city in violation of its bond covenant to repay the loan acquired for the City Hall building - a first for the city, according to McCain.

This type of violation happens when a city does not maintain the debt ratio required by the lender, or takes on additional debt that may jeopardize repayment of the loan. Last year, the city did not meet bond-covenant ratios due to overspending in the general fund.

The LLA recommended the city “closely monitor the General Fund net revenue” to avoid potential action from the lender in the form of calling the bond, or requiring the city to pay the $2 million loan outright.

If the budget passes “as is” the city will violate the bond covenant again, McCain said.

“The revenue we have less control over than the spending and that’s where we need to keep control,” McCain said.