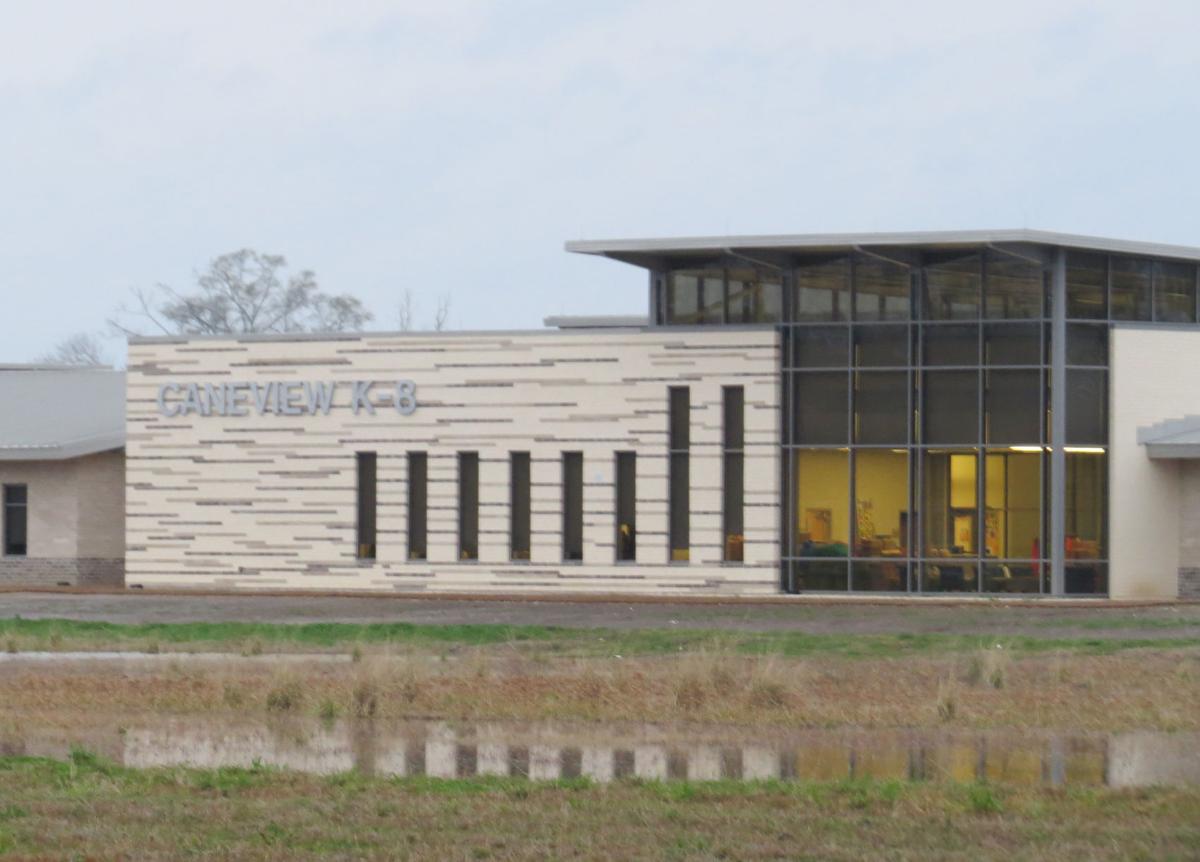 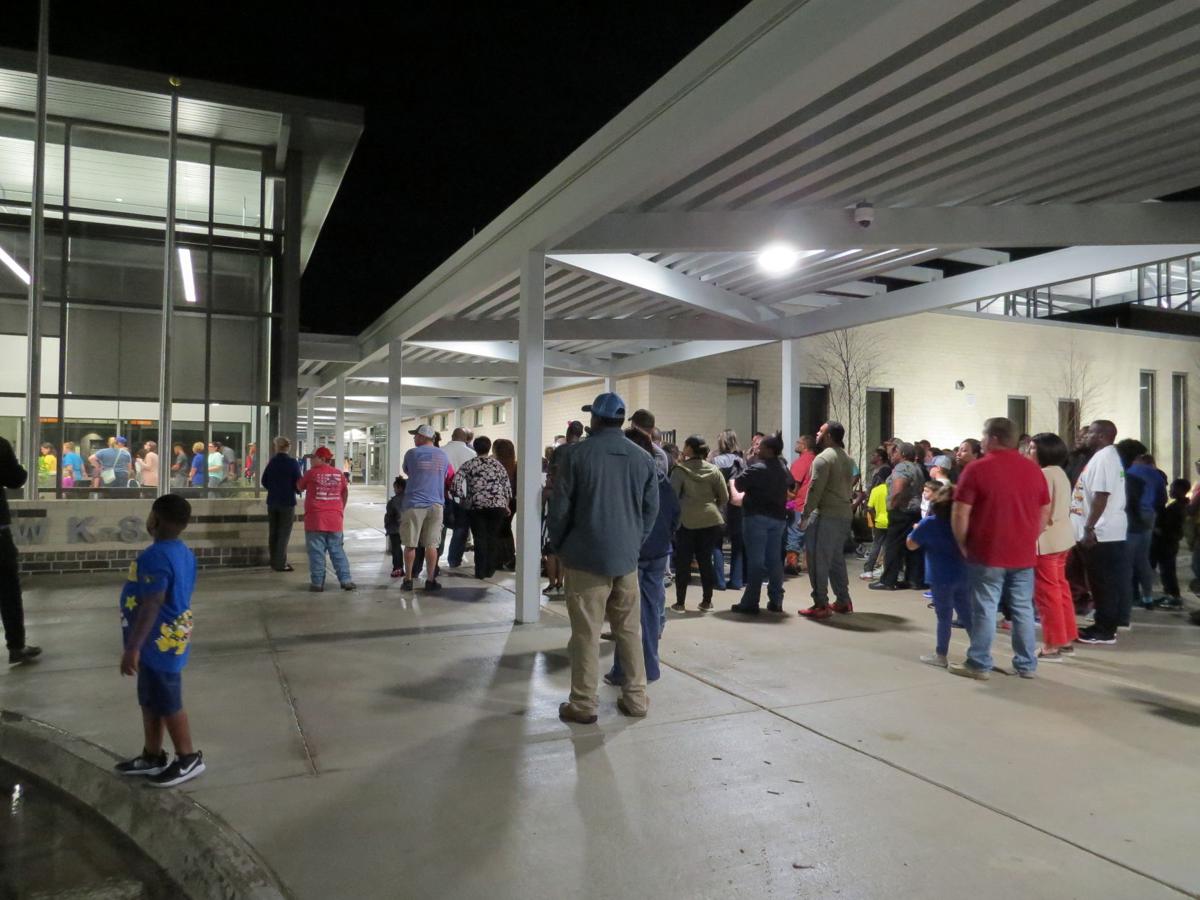 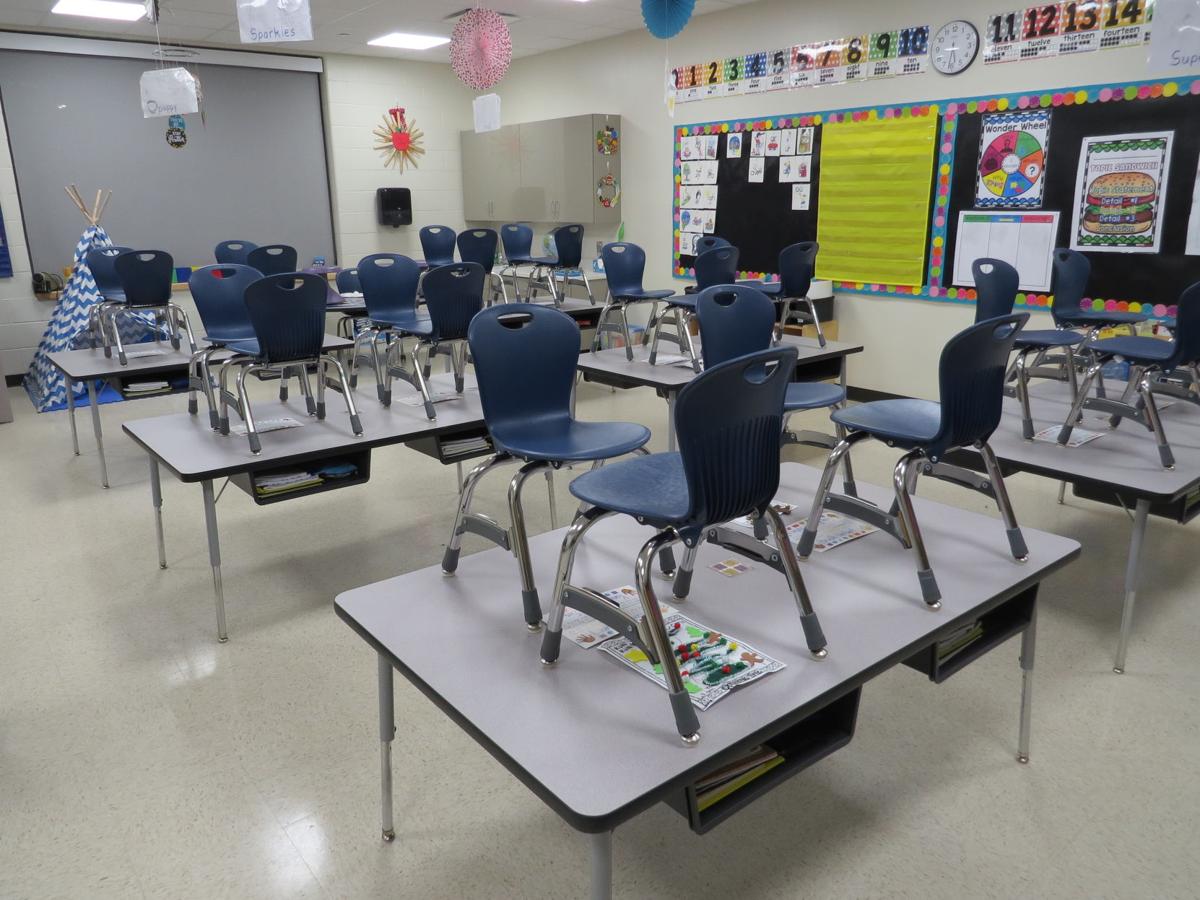 One of the first grade classrooms 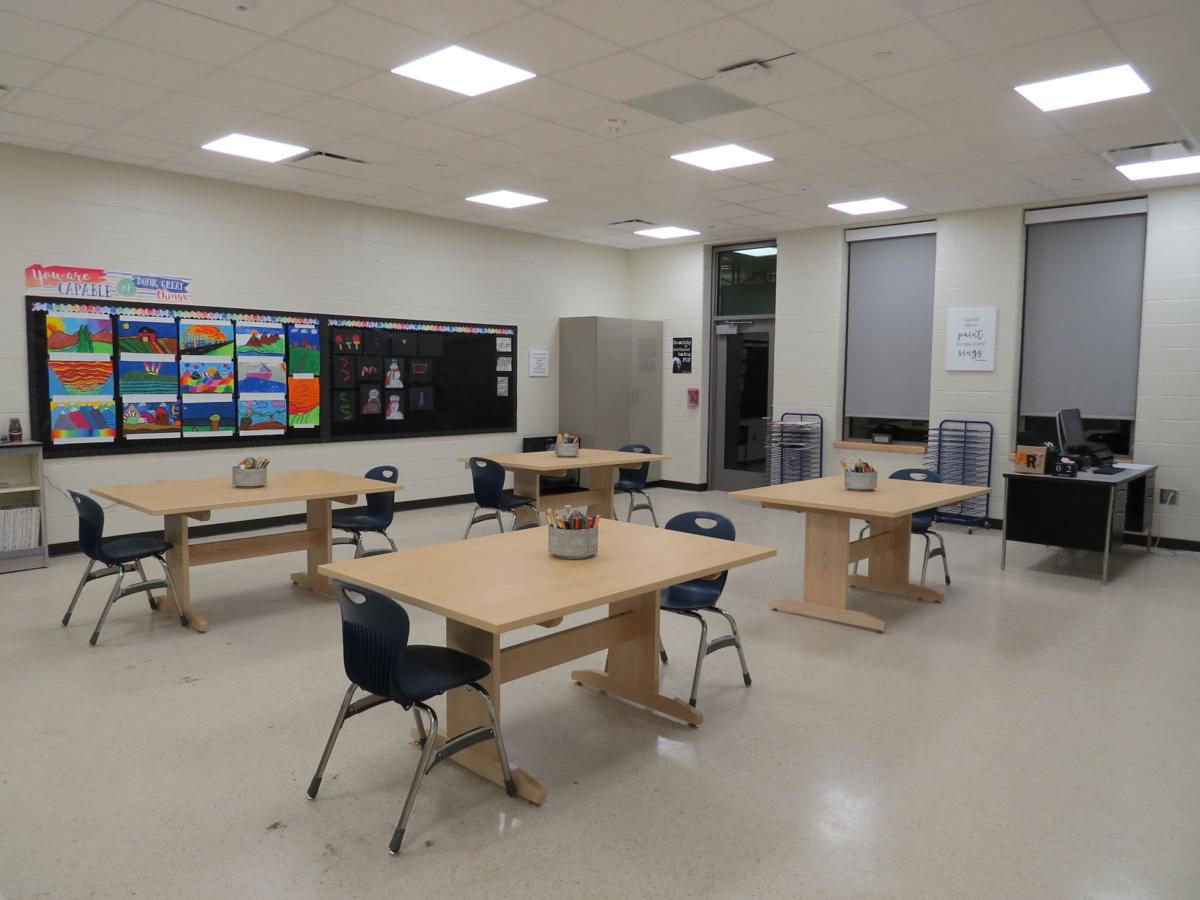 Shown is the art room, one of several specialized classrooms at the new school. The resource center, or library, and a crafts room are two of the others.

One of the first grade classrooms

Shown is the art room, one of several specialized classrooms at the new school. The resource center, or library, and a crafts room are two of the others.

There were a lot of “oohs” and “aahs” from the parents who toured the new Caneview K-8 school near Erwinville last Thursday evening.

One parent even went so far as to say, “This is the best Christmas present we could’ve gotten.”

The campus was not quite ready for students Thursday, but Superintendent Wes Watts assured the 300 or so people on hand for the tour it would be and students would begin attending classes in the new school Tuesday.

“Things are not perfect yet,” he said in a presentation before he began leading the visitors around the campus. “Some of the classrooms are perfect and some of them still need some work.”

“We’re still in the process of moving in,” Watts said. “While we’re not completely finished moving in, we’re moved in enough to have school.”

He said the contractors would be working over the weekend to complete the items on a punch list, a descriptive list of what the School Board wants done before the contractors are fully paid, and the school would be ready by the time students arrived on Tuesday.

Watts emphatically thanked the school’s visitors Thursday for making the new school possible with the passage of a $90 million bond issue in 2016.

“We thank you because you are the people who are paying for this,” he said. “Thank you for allowing this to happen.”

“We are so proud of the new school,” said Dean of Students Jan Watts. “I told all the kids when we brought them in here we have been given and incredible opportunity.”

“We have a new home and we are going to treat this home with the ultimate respect,” she continued. “I can guarantee you of that.”

“We are so honored that our community agreed to the tax that gave us this school,” Jan Watts said. “We feel like we are indebted to you as a community and we’re going to make good on the promise to respect this facility and use it to the best of our abilities.”

The superintendent praised the appearance and functionality of the new campus, which has about over 500 students enrolled now. Since it was built for the inevitable growth in the area, Caneview K-8 was designed and built for 600 students.

“This is a beautiful facility,” he said to the attentive crowd amassed in the new gymnasium. “And it’s the most secure school in West Baton Rouge Parish.”

Security was a priority during the planning and design of the school so the campus is encircled by a tall iron fence and only one main, gated entrance.

Buses and cars will enter and exit through separate routes, Watts said, but all of them will enter the campus through the gated entrance, which will be closed and locked after all of the students arrive.

He said anyone entering the campus after the gate was locked would have to be allowed in by an administrator.

“The administrative building is just inside the gate so no one can get in without us knowing it,” he said.

The only exception is the Head Start program, which has to have its own entrance and administrative office by federal mandate. Even there, Watts said, no one can get in without passing an administrator.

“They’re completely separated into their own little world,” he said. “It’s kind of like a separate school within a school.”

There will still be work to be done after the school year ends, Watts said, “but contractors will be working on it over the summer.”

“By the time the kids come back in the fall, everything should be perfect,” he said.

Watts told the large audience the students—most of which will come from Chamberlin Elementary and Devall Middle—had already visited the school for a tour and were impressed.

“I know the kids are excited about it,” he said. “I heard some of them say ‘wow’ when they came in it the first time.”

The teachers are excited about moving to the new school as well.

“We are so excited to begin 2020 in this brand new school,” said Karla Bellelo, a first grade teacher. “It was a lot of hard work trying to set up a brand new classroom in just two weeks, but we did it.”

“We’re working just as hard as we can and those classrooms are going to be ready,” Jan Watts said. “We will be ready for students to arrive here Tuesday.”

Caneview K-8 stands on about 30 acres of the 600 the school board owns for the campus on McLin Road, just off Section Road near its intersection with Rougon Road.

An additional 40 acres serve as a buffer between the campus and the sugarcane field.

With a final estimated cost of $22 million, the school will encompass 77,000 square feet, have 36 classrooms, a resource center, a computer center, a band room, an art room and a staff of nearly 70.