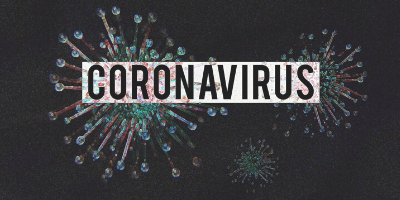 The coronavirus case map published by the Louisiana Department of Health on April 3.

A 67-year-old resident of Legacy Nursing and Rehabilitation of Port Allen died yesterday, according to the WBR Coroner's Office.

His death is the second resident death at the facility and the eighth in the parish in two weeks.

Legacy Nursing and Rehabilitation reported that a 73-year-old resident died on March 21. His was the first COVID-19 death in the parish. Both men had underlying conditions, the Coroner's Office confirmed.

The Louisiana Department of Health identified a cluster at the facility on March 30. A cluster is defined as two or more confirmed coronavirus cases that seem connected.

The Coroner's Office suspects two recent resident deaths, not included in the eight COVID-19 deaths, are COVID-19 related. Those remain unconfirmed and likely will for weeks.

Guerin recommends that coroners take samples and freeze them and test at a later date so as not to inundate testing labs.

“I’m in favor of testing but let’s take care of the live victims who are suffering right now,” he said.

A 73-year-old resident of the Legacy Nursing and Rehabilitation in Port Allen died from COVID-19 on Sunday, according to a coroner's report ob…