The Second Congressional District contains portions of East and West Baton Rouge Parishes along with parts of New Orleans, St. James Parish, Iberville Parish and Ascension Parish. Candidates running for office are, in order listed on the ballot: 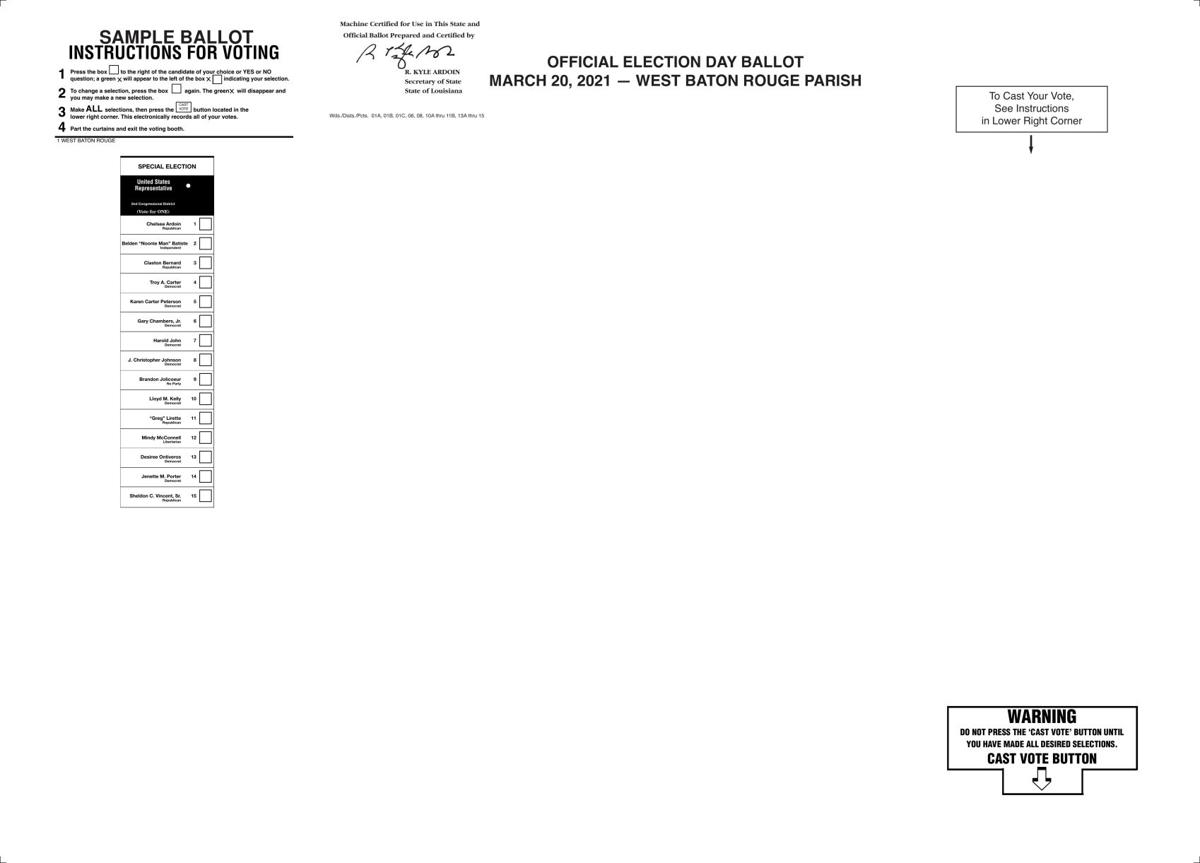 The winner of the Special Election will fill the seat vacated by former Congressman Cedric Richmond, who resigned in January to become Senior Advisor to President Joe Biden.