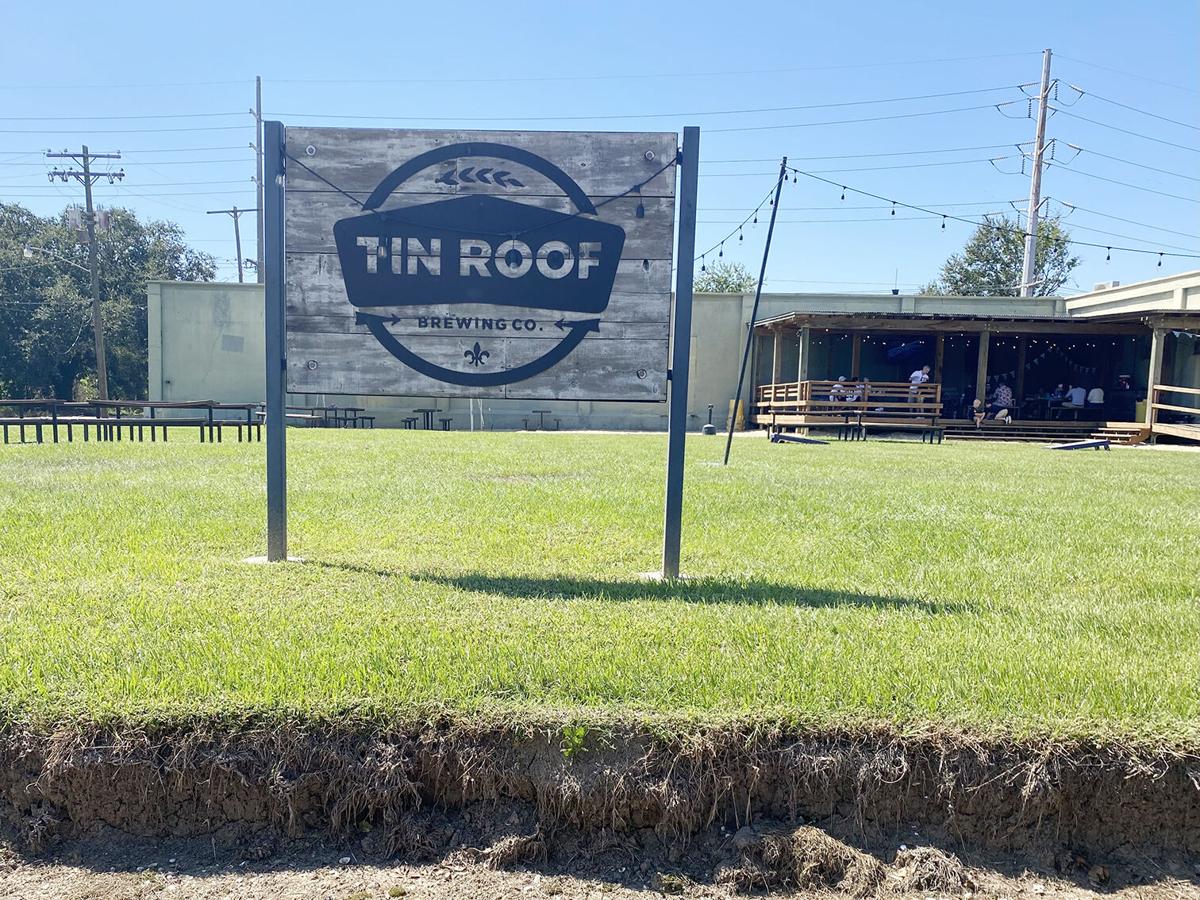 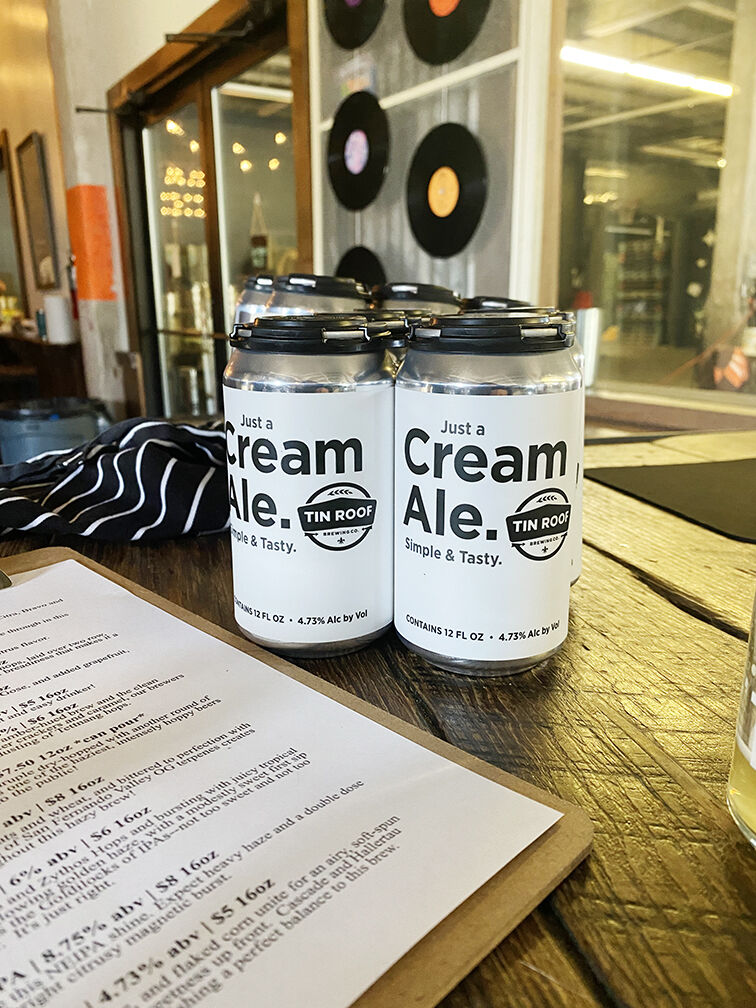 Last weekend, Tin Roof Brewing released Just a Cream Ale and Santeria DIPA, which is a double IPA (India Pale Ale). Tin Roof Brewing is a distributing brewery in East Baton Rouge that has been open since November of 2010. Tin Roof Flagship beers like Voodoo, Blonde, Juke Joint, and Paloma Gose (pronounced like, “goes a…”) are found along the Gulf Coast.

On Sunday, I sipped on a craft beer called, Bish, You Hazy, which survived the brewing process through a power outage from Hurricane Ida. After careful inspection for quality, the extra malted IPA was released and has a really balanced flavor with fruity notes even my novice taste buds celebrated. The Saints game played on a large screen over the taps, the employees worked collectively to set up Sunday’s food offering of sweet and savory soft pretzels as Calypso the cat strutted around the grounds.

Marketing and Special Events Coordinator Mandy Underwood bartended in New Orleans for 15 years before relocating to Baton Rouge to join Tin Roof Brewing. Underwood wants the Tap Room to be a place where everyone is “just kickin’ it.”

“You don’t have to know everything about beer, just come in and try some stuff,” she said. Underwood doesn’t want people to feel intimidated by not knowing the brewing process or feel that the atmosphere is full of expert customers, “We are not just for people who know a lot about craft beer,” Underwood stressed, “it’s a great place to learn about beer—everyone who works here likes to talk about beer.”

Underwood pointed out the brewery has a lot of female staff in high positions. Cammy McGehee is the Chief Operating Officer (COO) and co-owner with the Founder, William McGehee and his business partner Chris Boyce. Cammy McGehee oversees the day-to-day business operations, Mandy Underwood runs events and marketing and the main brewer is Katie Lowe, a Baton Rouge native.

One of the new releases, Just a Cream Ale, was Lowe’s idea because it is one of her favorite styles of beer; she has brewed a couple in the past and loves her recipe. The idea behind the marketing was “Basic,” said Underwood. The cans have a white background with simple lettering. The product is a subtly sweet ale, with a silky texture and clean finish.

Marketing and labeling are completely different for each release and Underwood enjoys the creative freedom here. Roll Me Up, for instance, is a beer influenced by Willie Nelson. It has a label that looks more like a Wild West Wanted poster and the beer has added terpenes from San Fernando Valley OG. Think, “skunky” aromatics in a good way.

The fall event calendar is extensive and best monitored through the brewery’s Instagram page (@tinroofbeer). Every Wednesday at 6 P.M., Yoga is offered on the lawn. The time for Yoga changes to 7 P.M. in the spring when the heat sets in, and days get longer again. The Tap Room also hosts two Open Mic nights a month and much more.

Underwood organizes local and traveling food vendors for the beer releases and other events at the brewery. Most weekends they host live music and are definitely a great spot to watch a football game in the fall. The facility is dog and kid friendly.