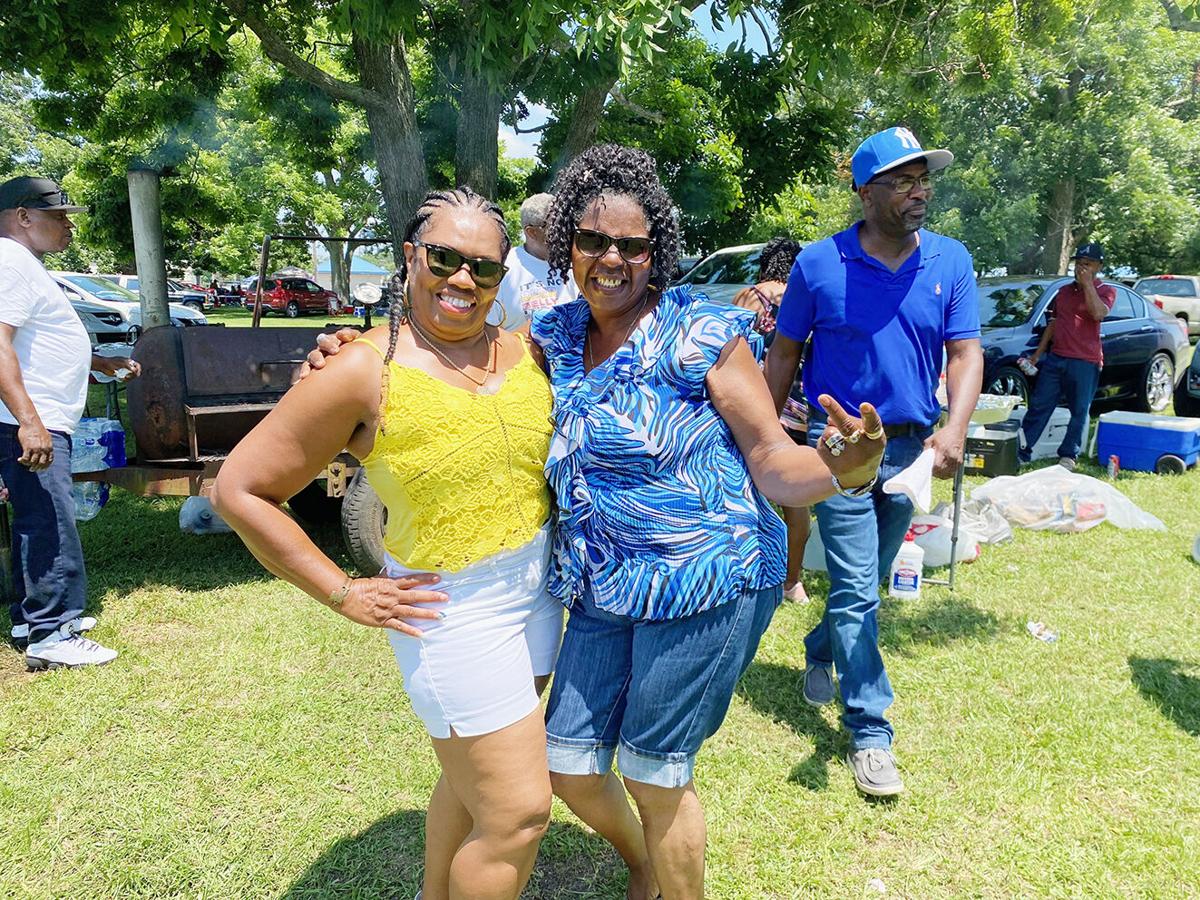 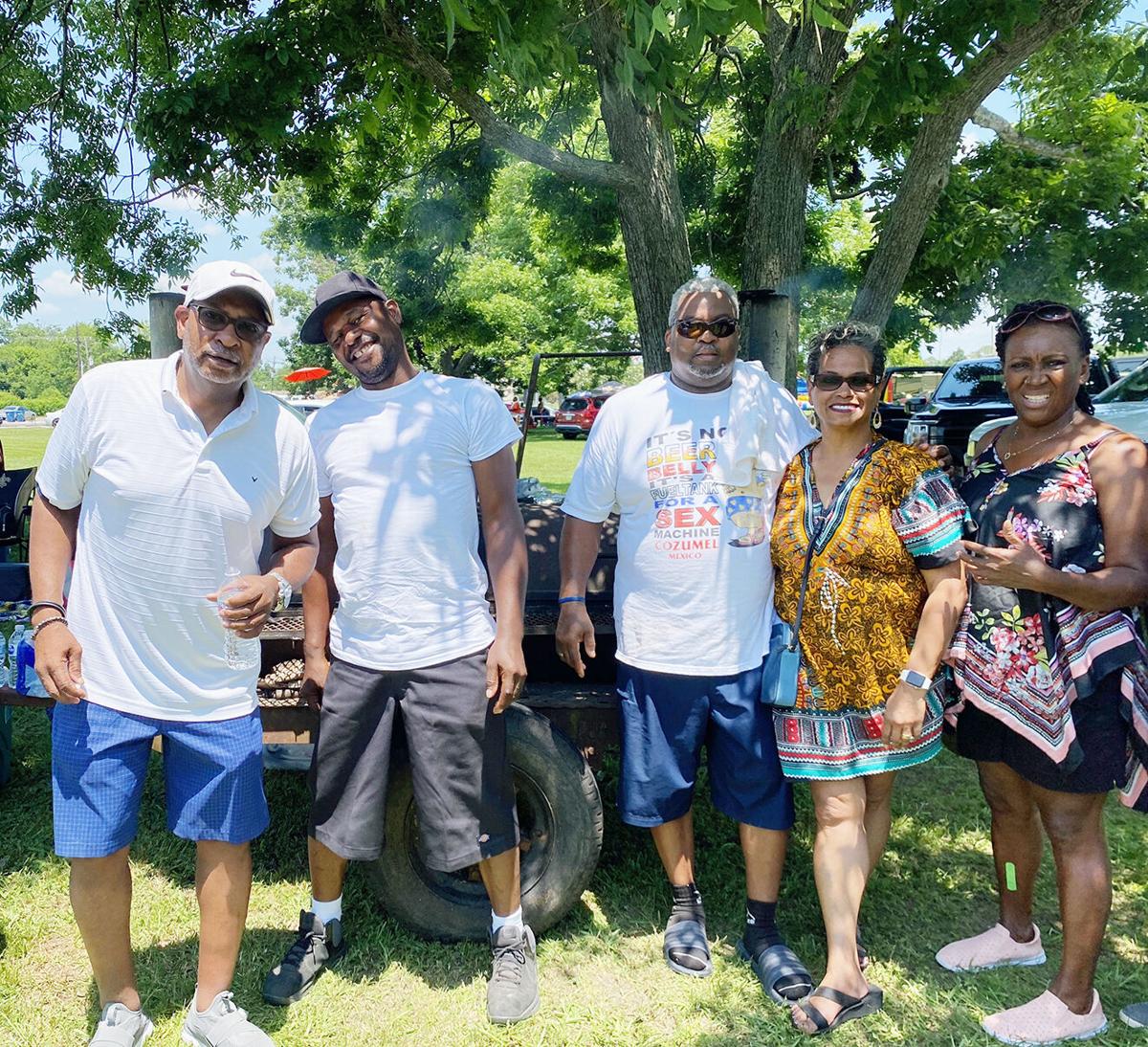 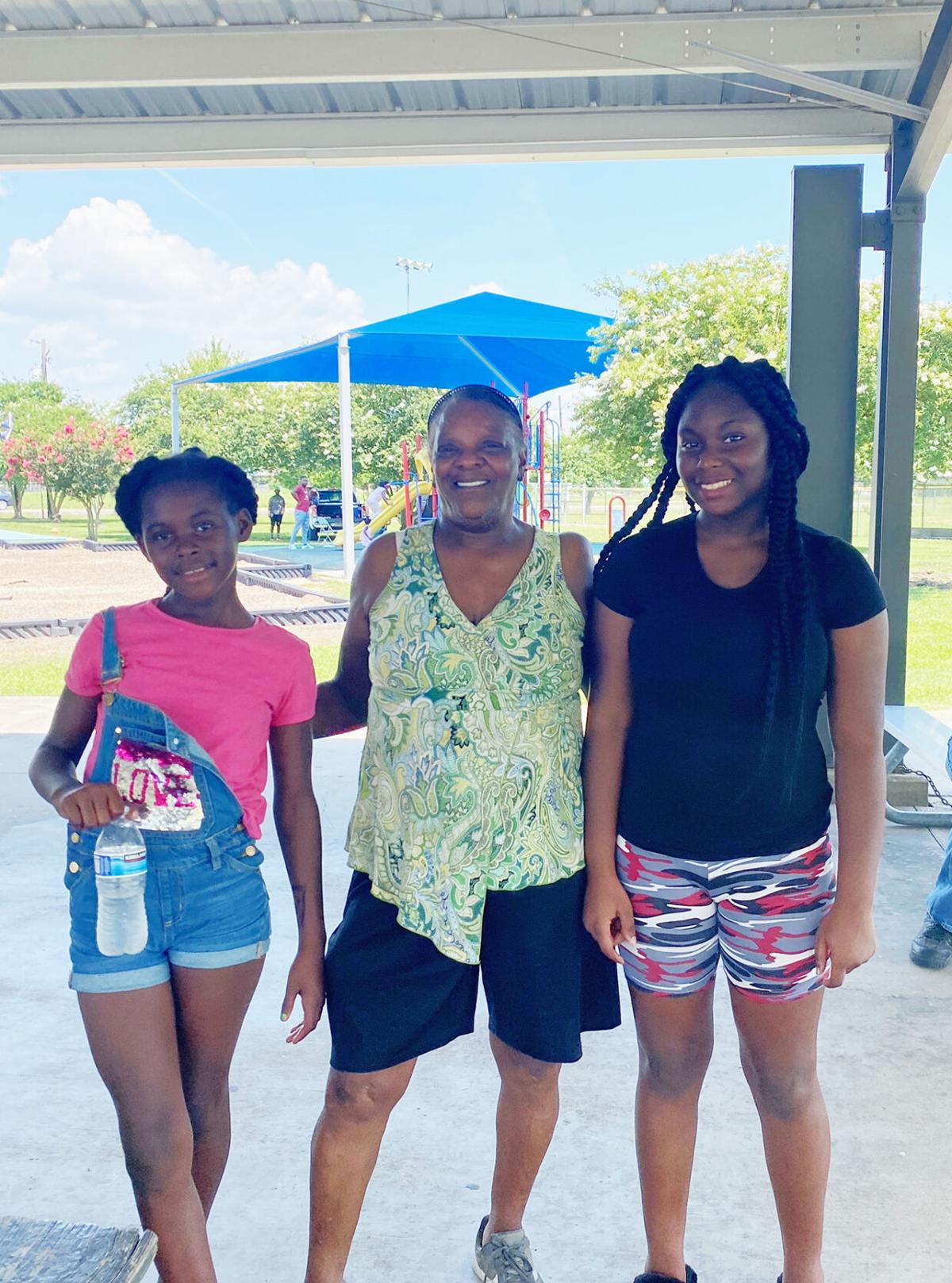 Deirdre Alexis with her two granddaughters Tiara and Ciera celebrating Juneteenth at William and Lee Park on Sunday.

Deirdre Alexis with her two granddaughters Tiara and Ciera celebrating Juneteenth at William and Lee Park on Sunday.

On Sunday, June 13 Port Allen hosted their annual Juneteenth Freedom Festival at William and Lee Park from 12 p.m. to 8 p.m. Music started early as family and friends gathered on the park grounds underneath the shade of trees setting up elaborate BBQ, crawfish boils, and other holiday favorites. The main musical event was “Lil Nate” and The Zydeco Big Timers.

Juneteenth was originally organized by freedmen in 1865. For those early years, celebrations included encouragement for newly freed men to vote and also served as political rallies. The first was in Texas and has over the years been referred to as “Day of Jubilee”, “Freedom Day” or “Emancipation Day”. Celebrations continue and recognize the historical freedom from slavery.

Children played on the park equipment and in bounce houses behind the stage. Tokens were distributed for small snowballs or ice cream provided by S.A.B.’s snowball shoppe of Brusly, and glasses of TJ’s Lemonade were available to the attendees of the event as well. Other sizes were available for sale from the vendors.

Families from outside Port Allen visited as well, enjoying the festivities and food. Deirdre Alexis said she used to live in Port Allen and brought her grandchildren to the event.