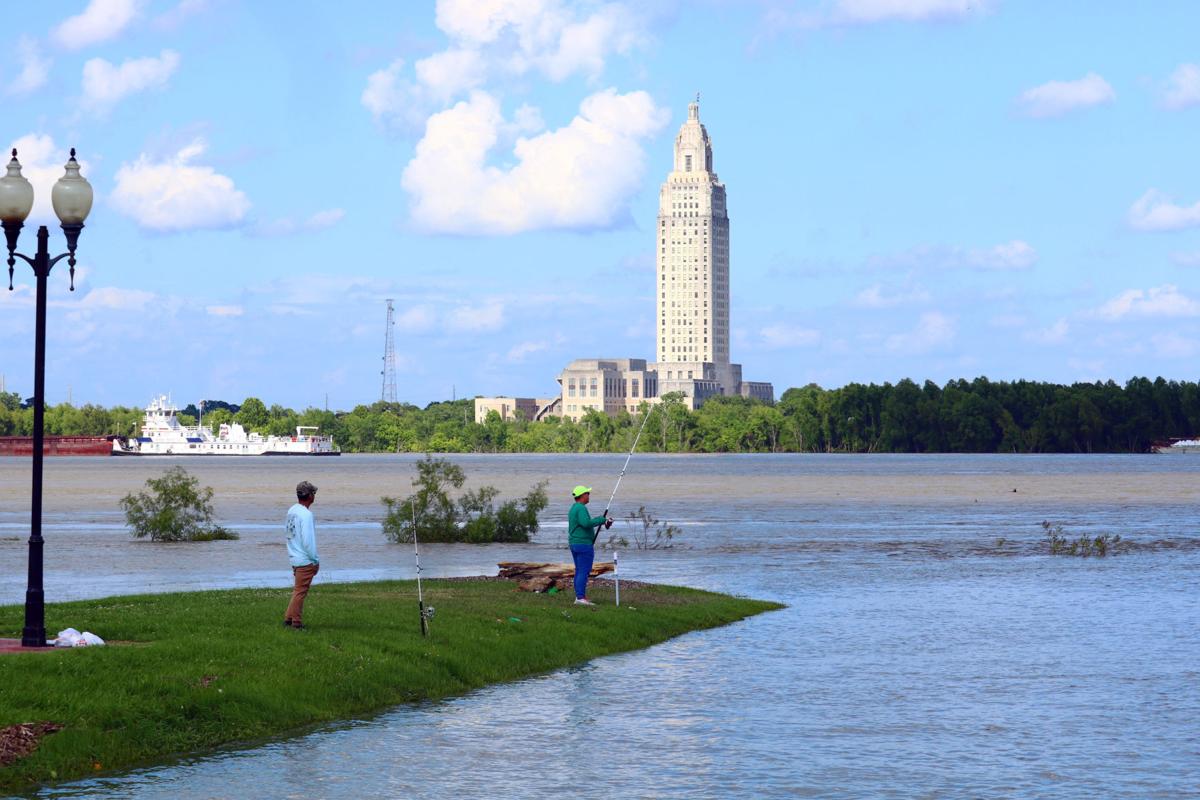 Two people fishing at the Port Allen Old Ferry Landing on Thursday, May 23. 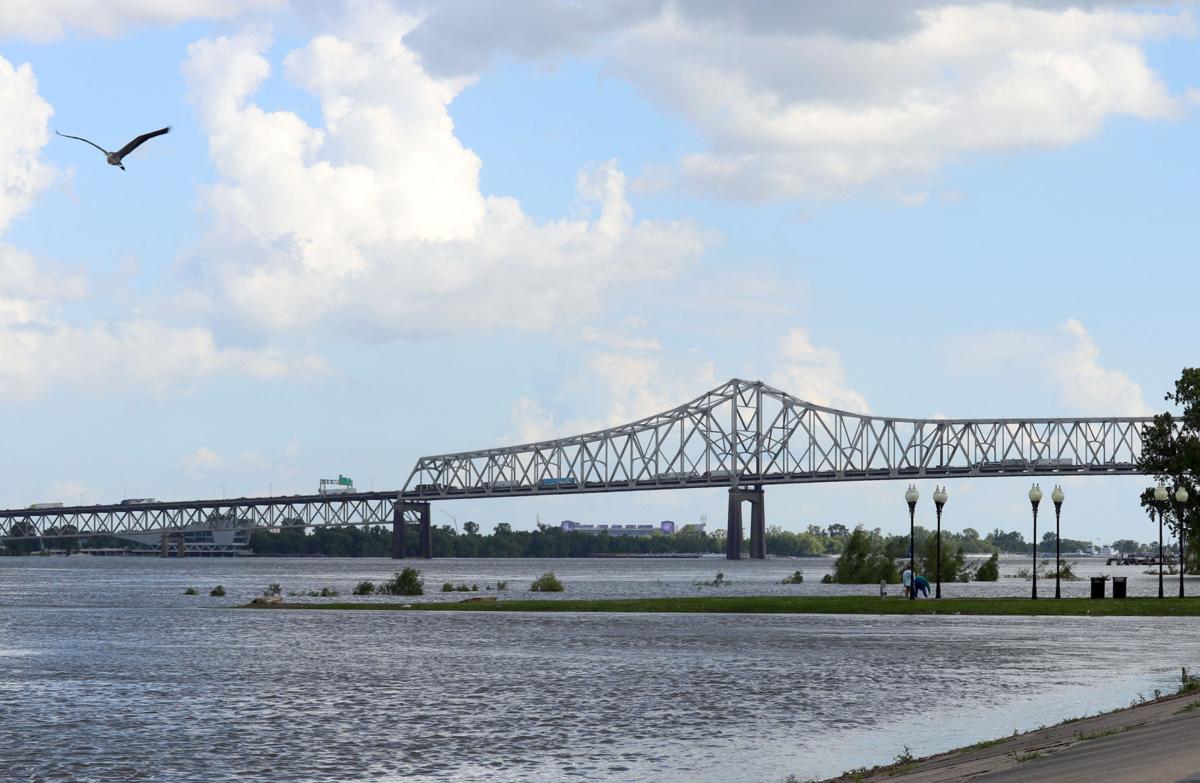 Water rising in the Mississippi and Atchafalaya rivers will likely to lead to the opening of the Morganza Spillway for the third time since its construction, Governor John Bel Edwards said during a press conference Thursday, May 23.

The expected date for a "slow open" of the spillway is June 2.

The Mississippi River Commission will make the final decision regarding the opening of the flood gates. The U.S. Army Corps of Engineers will make a recommendation to open the Morganza Spillway if the water level reaches 59.5 feet. The river level currently measures 58 feet at Morganza.

"It is fair to say that more likely than not the Morganza Spillway will be open," Gov. Edwards said.

If opened, the process would begin with one gate per day for the first three days. The remainder of the gates would open on the fourth day.

"Part of the good news is, at least locally, is we're expecting five to seven dry days, which will help," he continued.

Heavy rainfall from the north will continue to flow down the Mississippi River, adding to the high water levels.

The high water in the Mighty Mississippi has already created history after it broke the record set by the Great Flood of 1927 for the most days at or above flood stage. The Bonnet Carre Spillway has opened twice this year, for the first time in its existence. The third opening of the Morganza Spillway will also be a "rather historical moment" Gov. Edwards said.

The Louisiana Department of Wildlife expects the opening of the Morganza Spillway to have severe negative impacts to wildlife, both on land and in the waterways.

The U.S. Army Corps of Engineers has once again postponed the opening of the Morganza Spillway, although local and state authorities remain st…