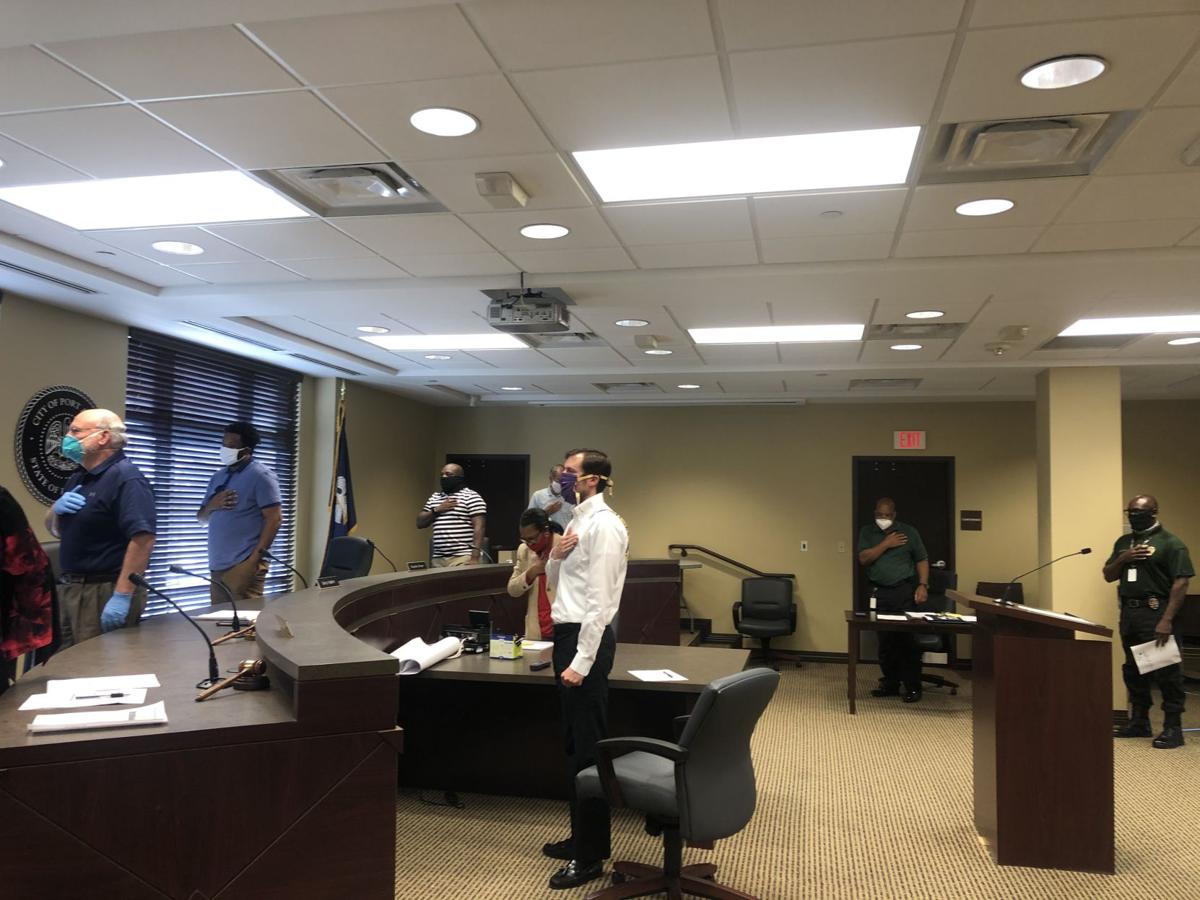 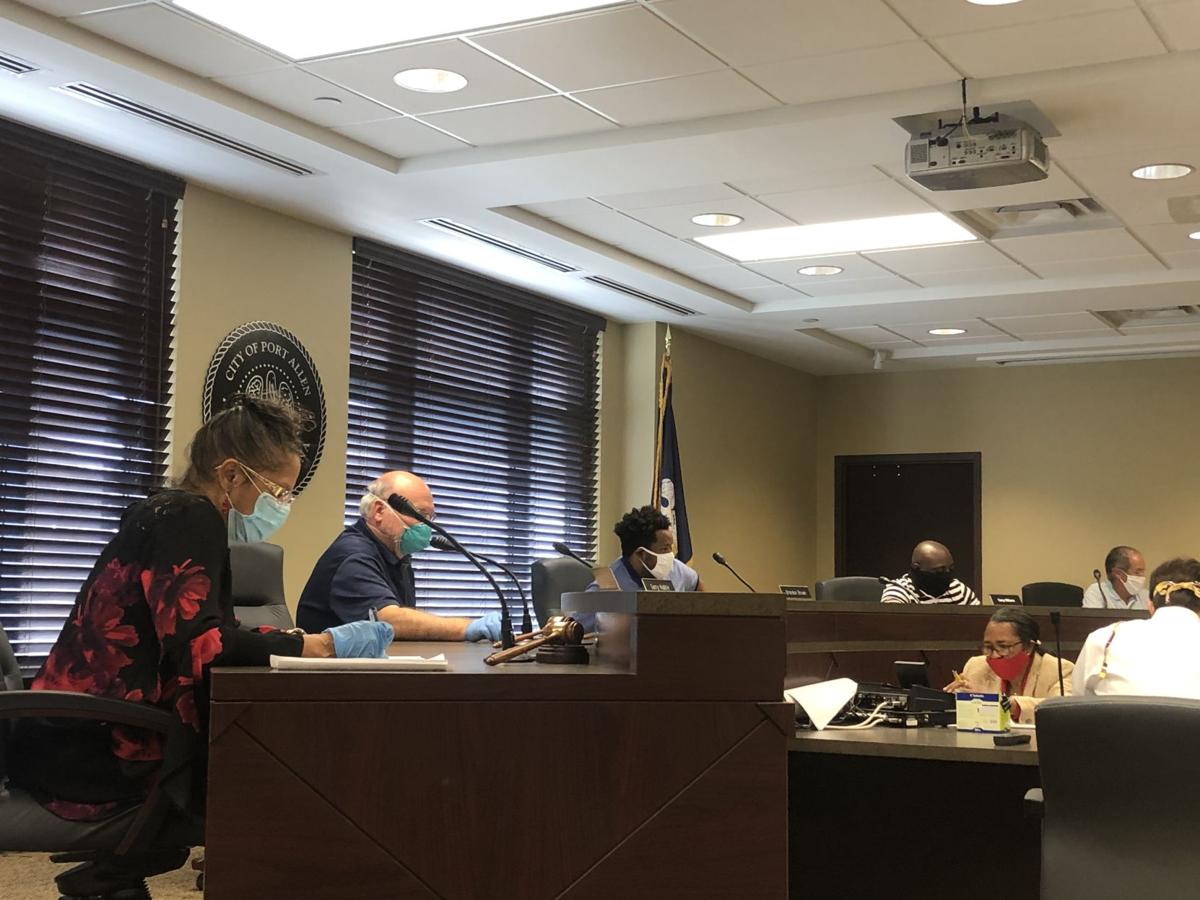 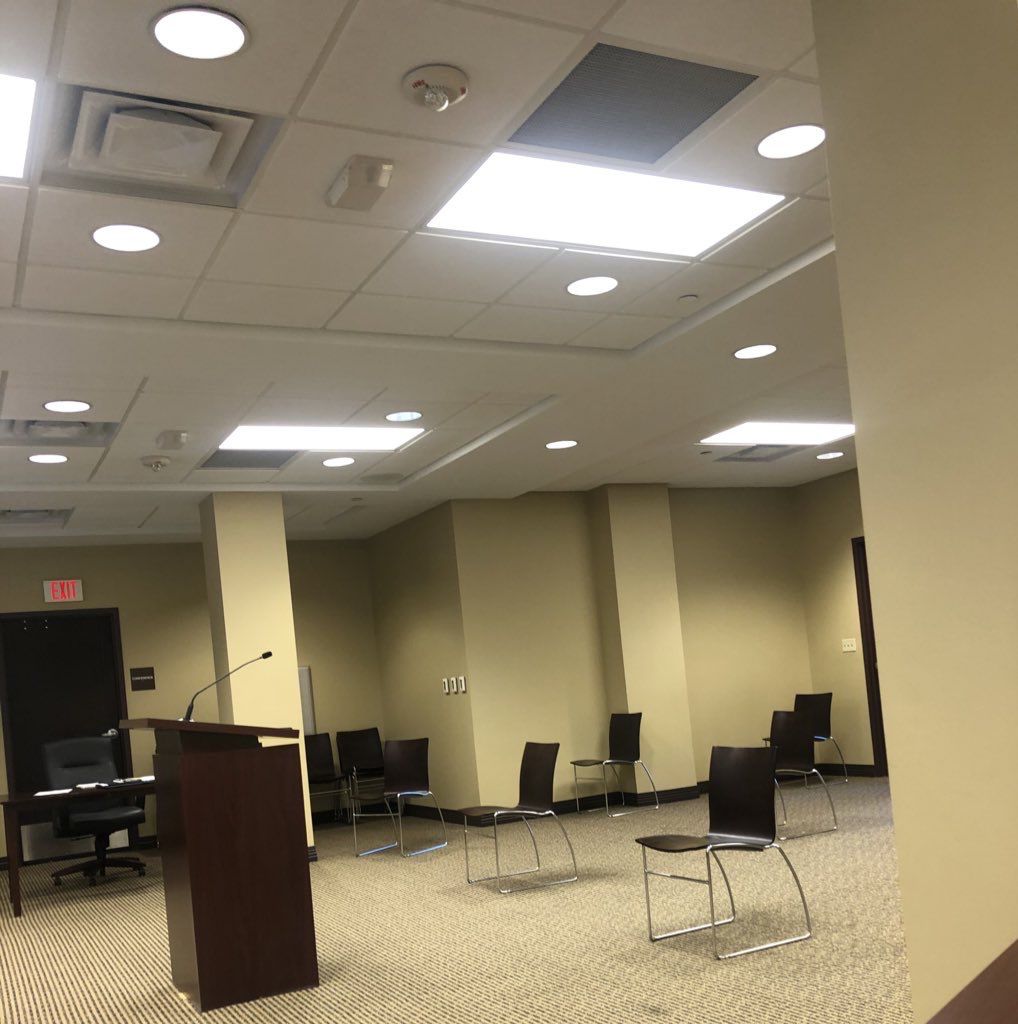 The budget, new hires, sewer fixes and water fees were at the forefront of discussions at the Port Allen City Council committee meetings held Wednesday, May 6. 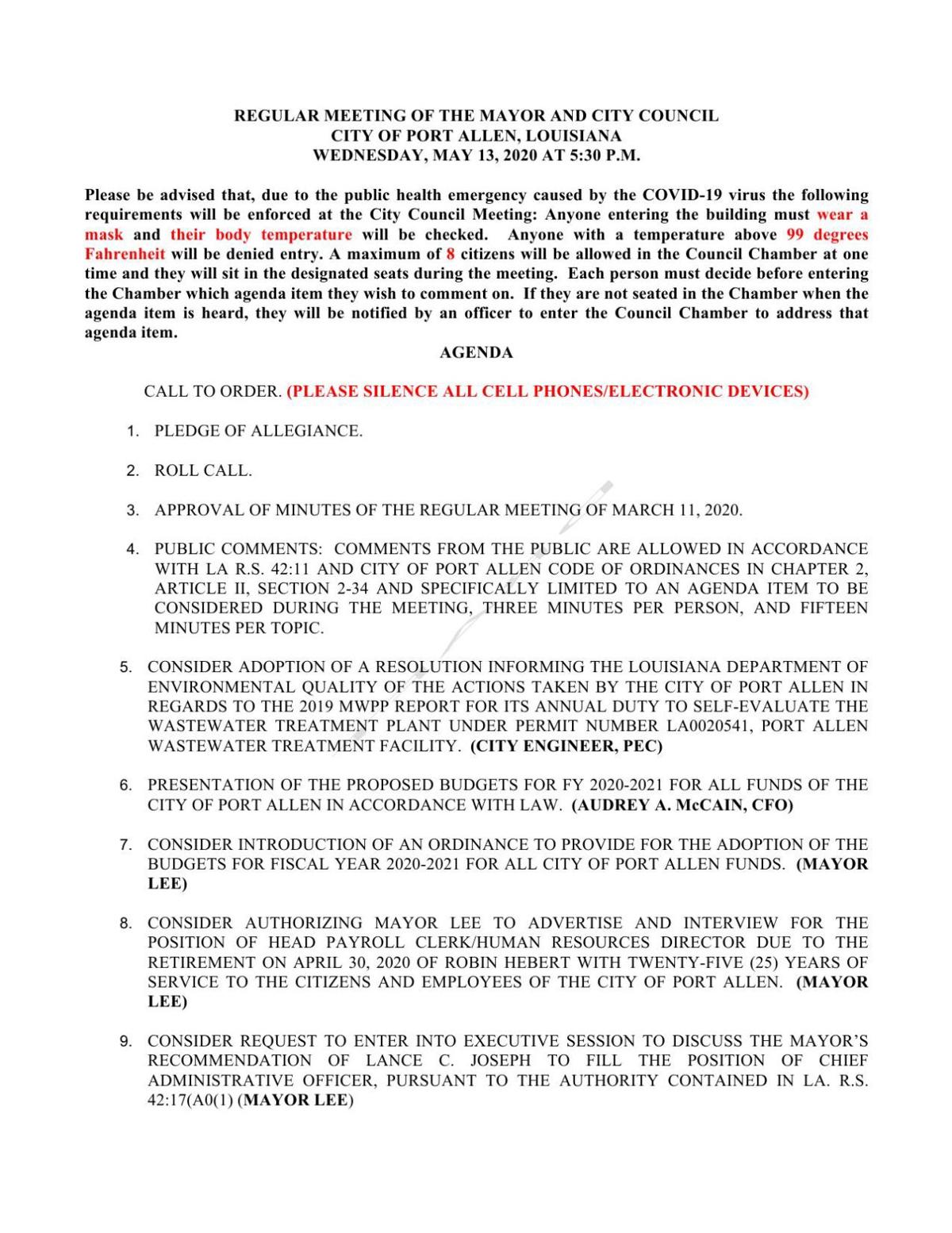 Port Allen city council members and Mayor Richard Lee met clad in masks and gloves in preparation for next week's regular meeting. The coronavirus-conscious protocol included temperature checks at the door, extra space between council members and limited public access. Eight people were allowed to attend each committee meeting and required to sign up for the meeting they wished to hear and comment on, though no members of the public attended.

Plans for next week's meeting will likely be similar but have not yet been addressed.

Mayor Lee plans to introduce the 2020-21 fiscal year budget at the regular City Council meeting as well as vie for four new hires in various departments. Those vacant positions include:

According to the agenda sent for the April meeting, which was canceled due to technological concerns, Mayor Lee plans to appoint Lance Joseph as the CAO and change Ronald Garlington's classification to the supervisor of the wastewater treatment plant once he completes training. The remaining two positions will be advertised for applicants. All of the mayor's appointments must be approved by a vote of the City Council.

Police Chief Esdron Brown also asked for the council to vote on advertising and interviewing for four new officers for the Port Allen Police Department at next week's meeting.

DEQ investigated the Port Allen wastewater treatment plant and filed a report listing several failures at the site, which the city must now respond to confirming that the problems are being addressed or face a fine.

The report noted that blowers, or the machines responsible for aerating the sludge, were all out of commission, as well as belt presses, a pump and a tank in need of cleaning and reinstallation.

Repairs to all but one of the blowers have been completed but the belt presses, pump and tank are still in need of repair, according to Lee.

"There's still a lot of work to be done but the good thing this year is, all of the money we spent on the sewer line, it won't affect this year's budget, so we can focus on these other small items and get them taken care of," Lee said.

There's brighter news for the Westside Village sewer project, which is near completion. Those repairs are expected to alleviate backflow problems more than a dozen residents experienced during heavy rain events.

Residents saw their first water bill with an increase to fees, which was approved by the City Council earlier this year and went into effect April 1.

Mayor Lee asked the council to consider clarifying the current ordinance over commercial properties to determine their classification based on average water consumption instead of facility type.

Jefferson Court Apartment Home uses approximately 23 gallons of water each month for its community laundromat. However, the property is classified as a heavy commercial and thus charged the maximum $50 impact fee for its water consumption each month, Lee explained.

"Because it's an ordinance the only people can change it is you guys," Lee said.

The commercial classification gauge will be something brought up at a later date, Lee said.

Councilman Brandon Brown also asked to get the ball rolling on accepting online water payments, which will not require a change to the ordinance but changes to administrative procedure, according to City Attorney Evan Alvarez.

Lee said it is an issue that will have to go through Chief Financial Officer Audrey McCain but is something to consider.

Councilman Carey Williams echoed Brown's sentiment saying, "it's the only bill I pay in person, I pay everything else online."

Well now I know why my water bill reflected an increase of nearly $10 this month (residential location, use little water) and what great timing to decide to start a fairly large increase in these necessary resources. It's just a little disappointing reading about the poor shape of the wastewater plant and in the same meeting the problems are admittedly not yet completely resolved (I can atleast respect honesty about it) but not all was bad news here. One individual mentioned online payments of this monthly bill instead of trying to navigate through the town hall's "interestingly designed" drive through window rarely having envelopes to use for paying after hours. Now the increase in the bill will free up money for plenty of envelopes just incase the option of online payments and development of the software are as time consuming as repairing vital equipment like a wastewater plant or drainage. Just hoping the town doesn't use this extra money to construct a world class park on the levee or decide to build the nicest office complex in WBRP while neglecting to get up to speed with technology (also my only monthly payment requiring time/gas or stamps = more $ to pay) or neglecting minor environmental concerns cited by DEQ and I'm sure it's nice to get your feet wet after a storm if you live in an area with poor drainage. But those little examples pale in comparison to pulling up to an S-curved drive through that most have learned is actually a "park at, exit vehicle, briefly notice an absence of envelopes 'so keeping their own in the console of automobile is important' to personally drop off the only bill necessary to deliver" in order to pay extra to the city that just figured to increase the price of water at the worst possible time in the history of our lives, now knowing our toilets may soon reject that exact water during attempts to flush while urgency to fix wastewater treatment plant isn't anymore urgent than addressing actual concerns in this city. All great topics to discuss when the public isn't able to attend due to health concerns.

* And great point raised by previous message/comment about the hiring of the most important position and that individuals qualifications for the position. Maybe these topics would have raised questions from Port Allen residents had they been given the opportunity. It's maybe only my opinion but why not postpone any new changes directly affecting the people and costing us more money until the people can question those actions and decisions? Virtually everything else in this entire nation has been postponed but this had to be expedited immediately? Highly unlikely...

(I'm not generally a negative person or pessimistic but something about most of what I've just read is causing a reason to be concerned with the governing and managing of Port Allen. Have a great weekend!)

No additional information on Mayor Lee's selection of Lance Joseph as CAO, the most significant position in city hall. No examination of his qualifications, his past tenure as city attorney...

Great point! What better time to announce this than when not one single member of the public could attend and inquire. My long comment on this article sounds like I'm just complaining about anything and everything but I'd expect someone complain about the length of my comment, it's much longer than I intended it to be but that's only because I feel like my points are valid. Just like your's!