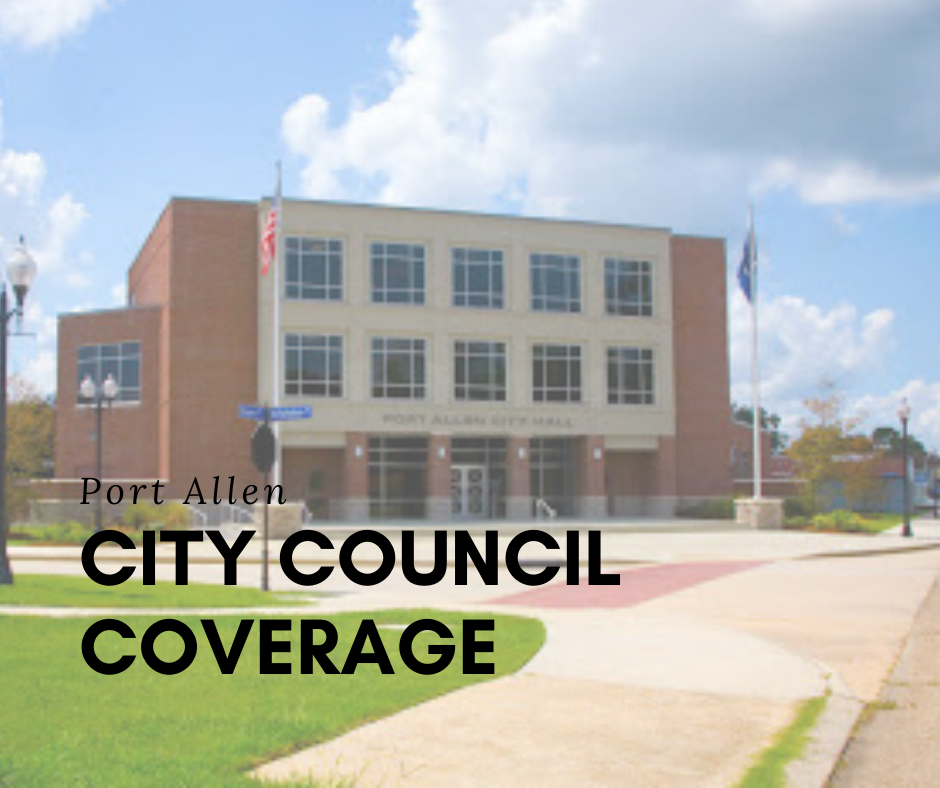 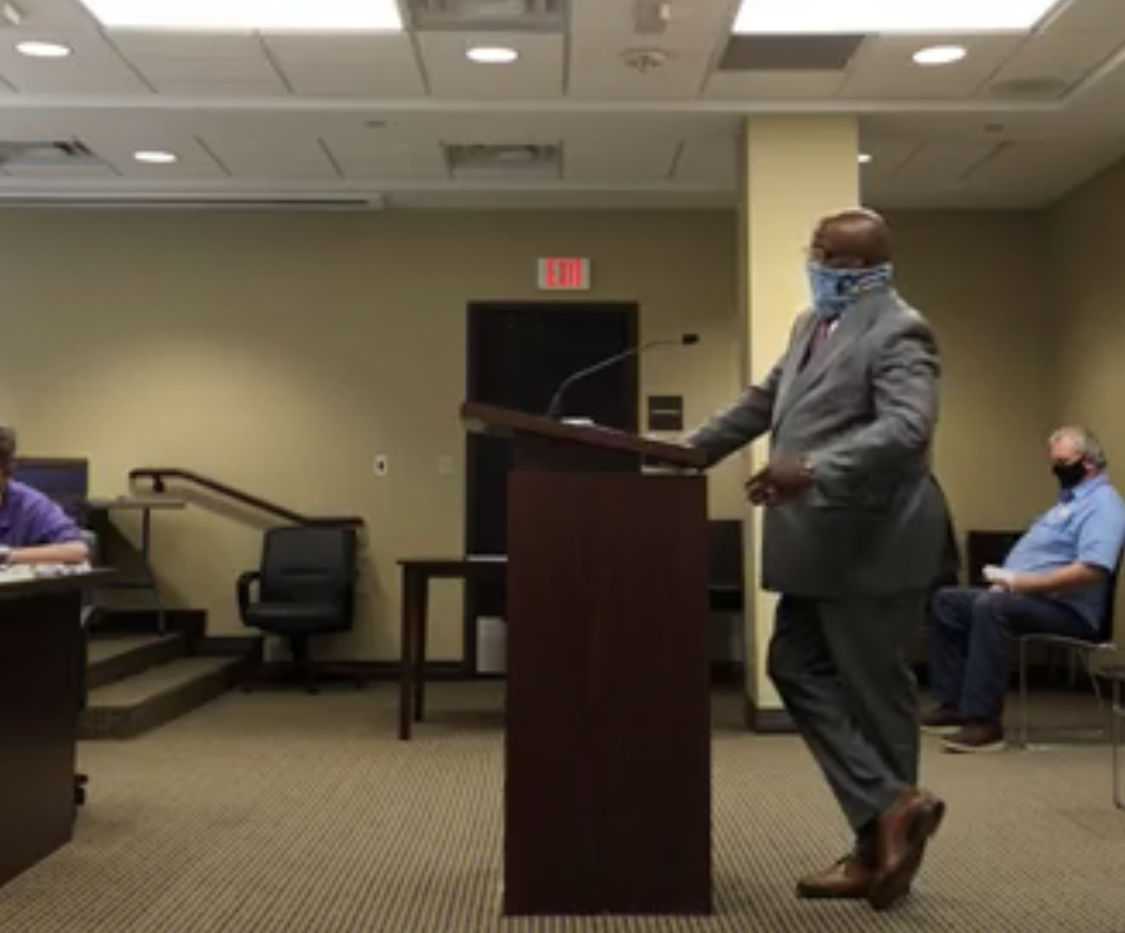 Chief Administration Officer Lance Joseph speaks to the Port Allen City Council during the May 13 meeting where his appointment to the position by Mayor Richard Lee was upheld by a 3-2 vote.

The City Council approved the Mayor’s hiring of Lance Joseph as the city’s Chief Administrative Officer in a 3-2 vote Wednesday, May 13. Joseph will fill the vacancy left by former CAO Adrian Genre, who served in the position from 2012 to March of this year.

Mayor Lee said of the five applicants for the position, Joseph was the most qualified because he previously worked as the City Attorney for three years, is familiar with city employees and brings legal and residential construction experience to the position.

“He has a vast knowledge of operations in the city,” Lee told the City Council.

Councilmembers Garry Hubble and Hugh Riviere cast the dissenting votes, citing too few applicants and Joseph’s lack of experience in utilities and upper-level management, reiterating statements made by Port Allen resident and attorney Douglas Smith during the public comment period.

Smith called the hiring process inadequate and asked the City Council to consider readvertising the position to get a “broader pool of applicants” for the “most important job in the city.”

“I am capable of serving in this position,” Joseph said. “I graduated ninth in my class and passed the bar the first time. I think I have the capacity to learn the duties and processes.”

Smith also questioned whether Joseph was the recommended hire by those involved in the interview process - former Human Resources Director Robin Hebert, who retired in April, and Councilman Garry Hubble, a representative of the Personnel Committee. Lee responded, saying, “Ms. Hebert did choose Mr. Joseph, and I did too.”

But Hebert said that is not true during an interview Monday. She recommended another applicant for the position, one she thought was “more qualified.”

“I was called by some of the council members to give my opinions [on the interviews],” Hebert said. “I did not recommend him (Joseph).”

This was the first time she was asked to participate in the interview process for job applicants seeking employment with the city under Mayor Lee’s administration, she said.

Hebert served as the Human Resources Director of Port Allen for 25 years before retiring on April 30.

Councilman Garry Hubble also questioned the ability of Mayor Lee and Joseph to work well together. Joseph was appointed as city attorney by former mayor Demetrick “DeDe” Slaughter but mostly worked under Mayor Lee after voters recalled Slaughter from the position. Joseph left the position voluntarily after three years. Councilman Hubble questioned Mayor Lee’s decision to bring him back to work for the city, saying that as City Attorney, there was a “consistent delay of issues.” Mayor Lee said while they did not agree on everything during that time that Joseph “did an excellent job.”

Joseph obtained a Bachelor’s degree in Accounting from LSU and has formerly served as a tax attorney for the Department of Revenue and a public defender in East Baton Rouge. Joseph has operated his own law practice, which he will leave to serve as Port Allen’s CAO.

Joseph’s main priority is to get involved in the field with the people who fall under his responsibility, he said.

“I don’t think you can properly supervise unless you have some inclination of what someone is supposed to be doing so I intend to follow and learn as much as I can about every position so that whatever needs to be done or whatever comes up can be appropriately addressed so that your constituent’s service does not skip a beat.”

Adrian Genre has served as the City of Port Allen’s chief administrative officer since 2012 but this week, the governmental veteran will take …

Mr. Joseph's hiring was pre-ordained by the Mayor and against the recommendation of the Personnel Committee and HR. Mr. Joseph lacks all of the qualifications for this position as advertised.