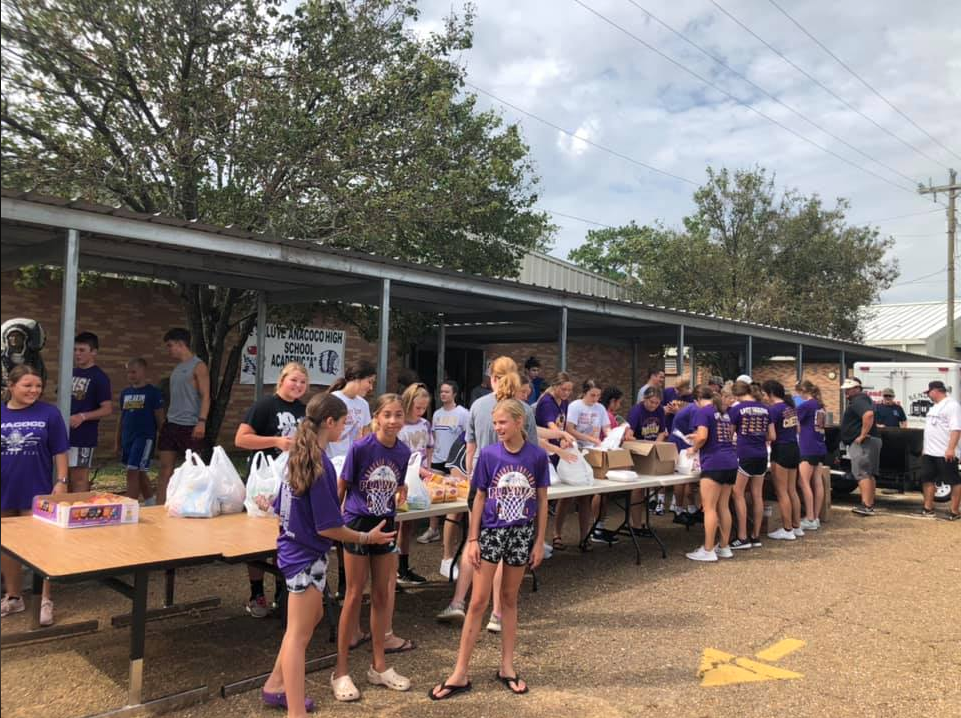 Students of Anacoco High School and volunteers handed out meals and supplies in a drive-thru distribution site at the school Saturday, Sept. 5. 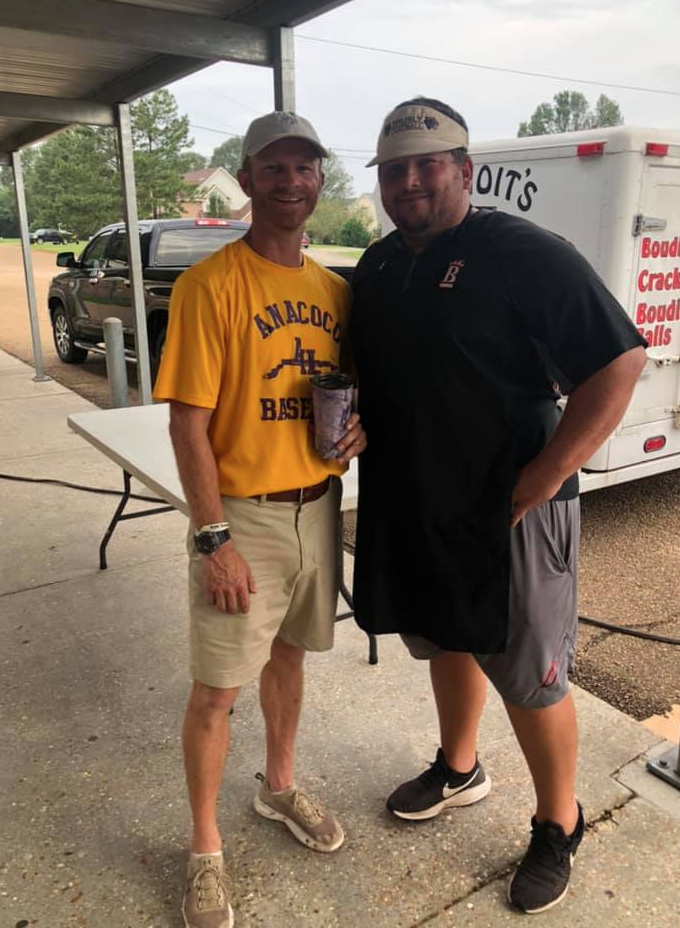 Casey Johnson, Head Baseball Coach of Anacoco High School, posted a request for ham and bread on Facebook to provide for people in his community, many of whom were without power for nearly two weeks following Hurricane Laura. His friends in West Baton Rouge vowed to do him one even better and immediately began gathering supplies and planning a trip.

The four began the three-hour drive to Annacoco at 4 a.m. Saturday, Sept. 5 to set up shop at Anacoco High School to serve more than 600 jambalaya plates to anyone in need.

As people arrived at the drive-thru, they were greeted by students and other volunteers who passed out hot meals, bags of groceries, bottled water and ice.

Vincent said none of it would have been possible without the generous support of West Baton Rouge businesses. Andre’s Crackling stand, Benoit’s Country Meat block, Bergeron’s cajun Meats, Bennedettos and Hubbens Supermarket, Couyons BBQ and West Baton Rouge residents donated funds and goods for the distribution site. Donations also came in from Mud bugs and Market Basket in neighboring Leesville.

“It was nice to see our community step up and help another community that’s a lot like ours,” Vincent said.

(The Center Square) – Hurricane Laura caused about $1.6 billion in agriculture and forestry losses in Louisiana, more than hurricanes Katrina …