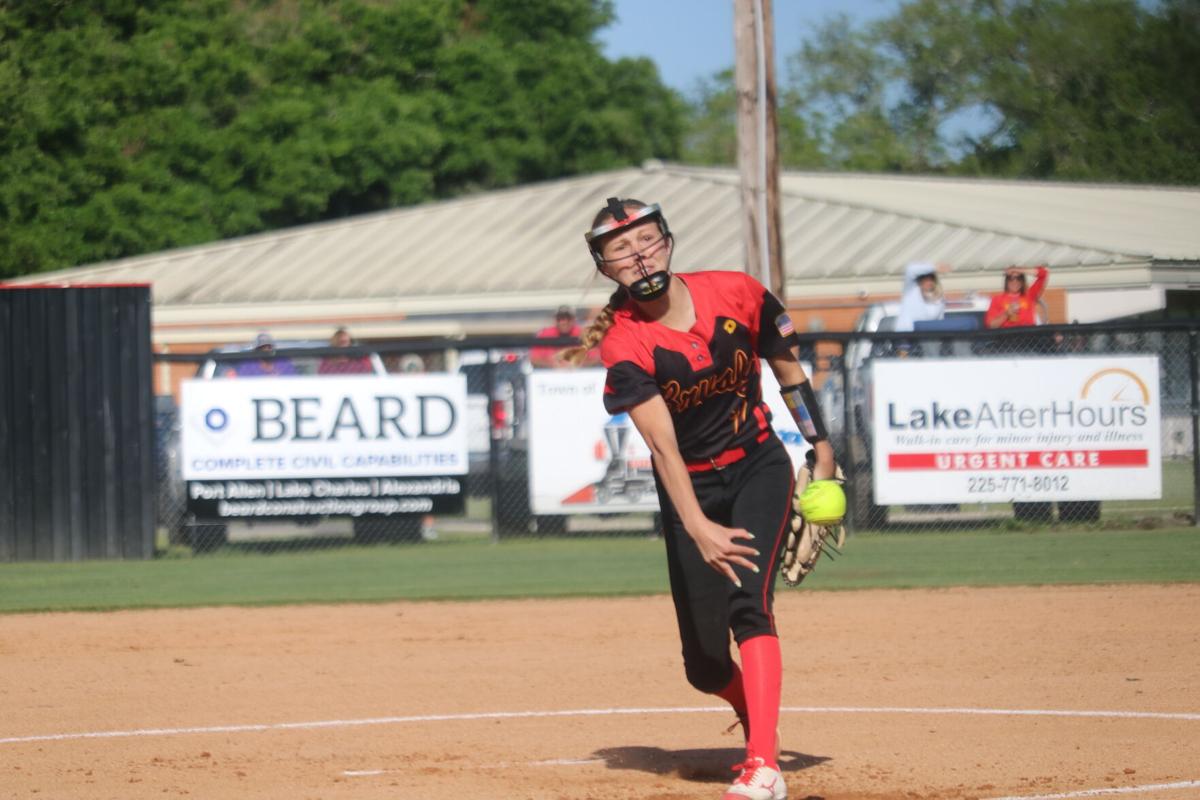 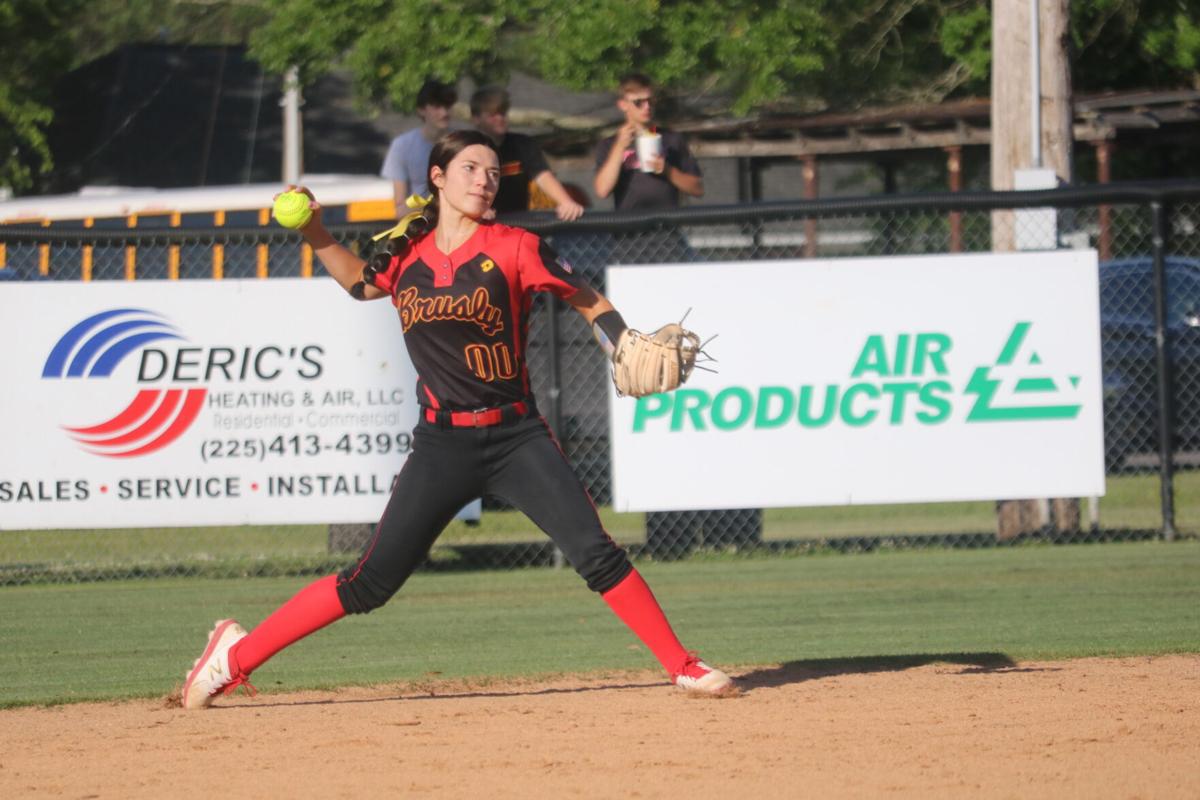 Brusly shortstop Britt Bourgoyne looks to make a throw during Monday's 9-4 win over St. James in the first round of the Class 3A playoffs.

Brusly shortstop Britt Bourgoyne looks to make a throw during Monday's 9-4 win over St. James in the first round of the Class 3A playoffs.

It was the first taste of playoff softball in two years and it didn’t disappoint.

No. 9 Brusly gained an early lead before No. 24 St. James tied the game in the fourth. The Lady Panthers scored five runs in their final three innings to pull away for a 9-4 win Monday night at My-U Field in the first round of the class 3A playoffs.

It was the first playoff game that Brusly softball had since the program won the state title over Caldwell Parish in 2019.

Emma Fabre went 4-for-4 at the plate with an RBI. Madison Gonzalez had two timely hits that drove in three runs.

“That’s not a typical 24 seed and I said it two years ago when we played them as a 16,” Brusly head coach Beau Bouvier said of St. James. “That’s not a 16 seed. We knew their pitcher was good. We had eight girls in their first playoff game, first playoff experience. We got three freshmen who start. When they got it to 4-4 iit got kinda hairy but we put two across the next inning. We kept them at bay. We made plays. We made pitches when we had to. I’m proud of them.”

Fabre scored on an error in the second inning that put Brusly on the board for the first time. Ava Leger’s RBI groundout to first made it 2-0. Britt Bourgoyne singled later in the inning to extend the lead to 3-0.

St. James responded in the third inning with two runs thanks to Shalaya Hebert’s triple to center field.

Hebert was left stranded on third base after Amelia Bouvier struck out two straight batters to end the scoring threat.

Fabre tripled to left field in the bottom half of the third, which put Brusly ahead 4-2.

The Lady Cats tied things up in the fourth when Sa’Vya Sutherland hit a two-run blast over the center field fence.

Mallory Louque put Brusly back on top at 6-4 after a double to center plated two. Gonzalez singled in the fifth that drove in one run and hit another single in the six that brought in two to help put the game out of reach.

Bouvier faced a tough spot in the sixth inning after St. James had the bases loaded with two outs. She forced a batter to pop up in foul territory and first baseman Claire Suter made a diving catch to get the Lady Panthers out of the jam.

Despite surpassing the 100-pitch plateau in the seventh, Bouvier struck out the first two batters in the inning. After one hitter reached base on an error, Mhallayah Picou popped up to end the game.

“Obviously I know what she (Amelia Bouvier) can do and she kind of lost control in that sixth inning,” coach Bouvier said. “She settled down. Every once in a while she gets so emotional where she wants to throw as hard as she can. When she calms down, she moves the ball enough that it’s hard for teams to hit her. We knew that it was going to be a battle and I’m just proud of them.”