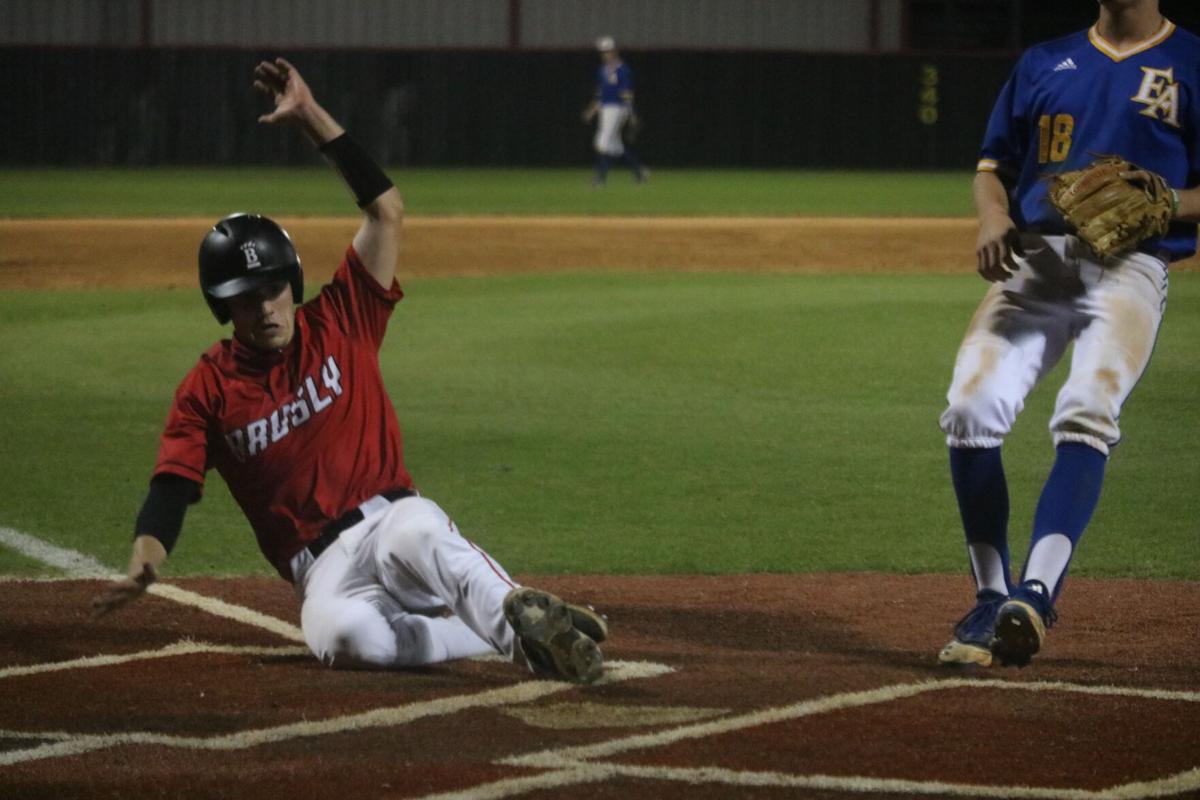 Brusly Michael Curry slides to score the go-ahead run in the sixth inning of Friday's 8-6 win over East Ascension. 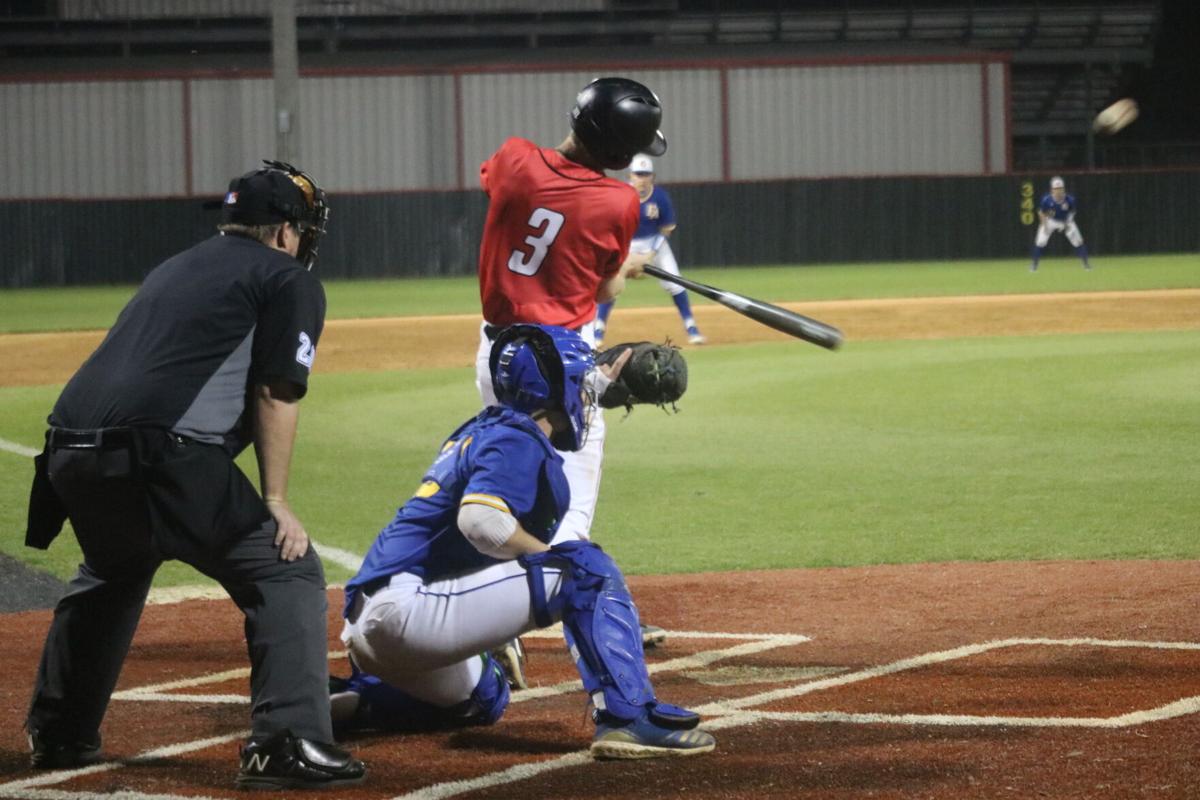 Brusly Michael Curry slides to score the go-ahead run in the sixth inning of Friday's 8-6 win over East Ascension.

Brusly snatched the lead late and held on for an 8-6 victory over East Ascension Friday in Brusly.

The game was tied at six with Brusly batting in the bottom of the sixth when Greyson Michel singled on a 2-0 count, which scored two runs.

“This was huge for us,” said Brusly head coach Mike Forbes. “It’s been kind of a struggle for the past week and a half. It doesn’t mean we’re not playing well, it means we weren’t catching some breaks. We kinda got cold offensively. I feel like after the first inning and we settled down.

“You have a tv audience and I think they had a little bit of nerves, but once they settled in, they really played well. We scored every inning after that. That shows that these guys are never out of it if they believe in themselves and understand that we can put up runs just as well as anybody else.”

Evan Daigle scored on a wild pitch in the third that cut the deficit in half at 4-2.

Liam Dunn’s single in the fourth inning scored a run and with the bases loaded two batters later, Mason Chauvin was hit by a pitch that tied the game.

With the game tied at five in the sixth, Jacob Falgoust blasted a 1-1 pitch out of the park for a solo home run.

Wade Curry’s single in the sixth tied things up before Michel’s single gave the Panthers the lead.

The Brusly defense shut down East Ascension in order in the seventh to win the game.

Michael Curry started the game on the mound for Brusly. He allowed three hits and four runs over four innings with four strikeouts.

Aiden Braud earned the win in relief for the Panthers. Braud allowed three hits and two runs over two and two-thirds innings, striking out four.

“Aiden has been phenomenal for us this year coming in relief,” Forbes said. “Give some credit to our starter Curry. We could’ve easily ran him back out there, but he said ‘no, coach we got three innings, run Aiden out there and let’s go win this game.’ That was a great team victory. We really did a good job of keeping our noses down and focusing every single pitch.”

Daigle and Jones led the team with two hits apiece.

The Panthers struck with a big first inning and never trailed in Saturday’s 7-2 win on the road over Rayne.

Brusly’s five runs in the first was the key factor in the contest. Aiden Braud was hit by a pitch with the bases loaded to score the first run. Two bases-loaded walks, coupled with Brody Hernandez’s single rounded out the scoring in the inning.

Rayne scored two of its three runs in the bottom half of the first and its third run in the second.

Braud’s RBI groundout in the fifth and Liam Dunn’s singled in the seventh rounded out the scoring for Brusly (8-9).

Jones got the win for Brusly. He allowed four hits and three runs over six innings, striking out six. Dunn threw one inning in relief out of the bullpen.