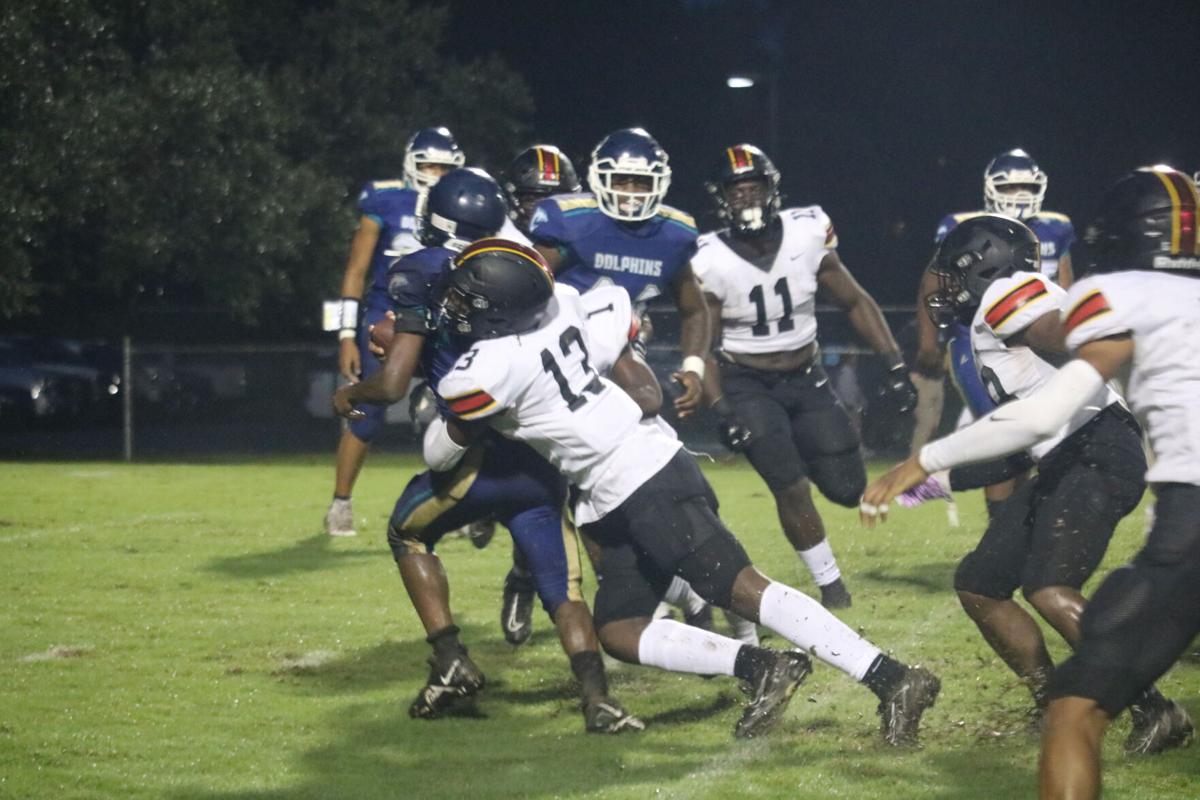 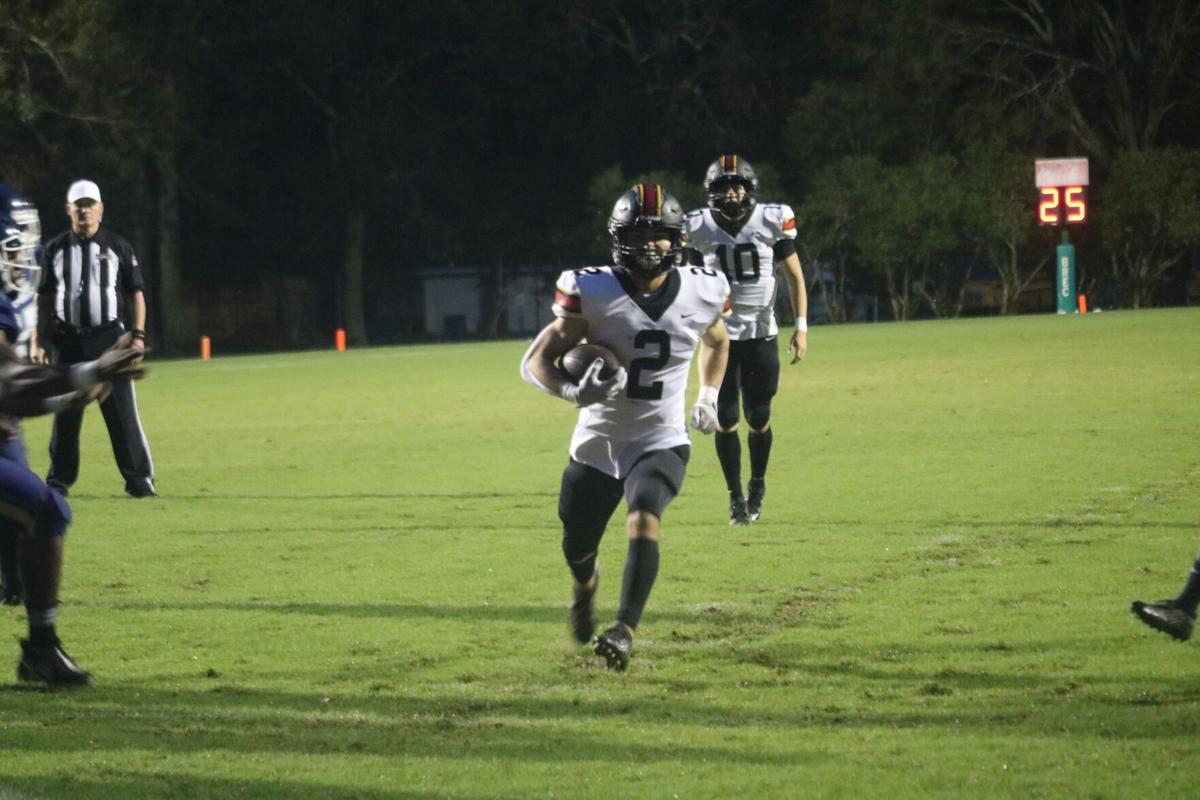 Brusly running back Ryder Rabalais scores on a two-yard run in the first quarter of last Friday's win over Collegiate Baton Rouge.

Brusly running back Ryder Rabalais scores on a two-yard run in the first quarter of last Friday's win over Collegiate Baton Rouge.

Regardless of opponent, teams have to go out and execute and Brusly did that Friday night.

The Panthers took it to Collegiate Baton Rouge from the opening kick on the way to an 84-0 win Friday night at BREC Olympia Stadium.

Brusly (5-0, 4-0) led 60-0 at halftime with the junior varsity getting the opportunity to play most of the last three quarters in the win.

“From the get-go came and we wondered how they were going to do in a game like this and they came out and played with a good tempo, played with a good effort running around, really looked good tackling the football tonight and offensively blocking things up and getting the ball scored when we had the opportunity,” said Brusly coach Hoff Schooler.

The opening kickoff was a sign of bad things to come for the Dolphins. Collegiate BR did not pick up the Brusly kickoff, which allowed Brusly to recover the ball at the Dolphin 2-yard line.

One play later, Ryder Rabalais scored on a 2-yard run.

After being set up with a short field on the next drive, it took the Brusly offense two plays to punch it in the end zone. Rabalais ran in another two-yard score to make it 14-0.

Jared Anderson’s 42-yard interception return for a touchdown with 5:32 left in the first quarter gave Brusly a 27-0 lead.

Craivez Oxley scored on a two-yard run and followed it up with a 55-yard kickoff return for a touchdown in the first quarter.

Denarius Robinson sacked the Dolphin quarterback in the end zone for a safety. At the end of the first quarter, Brusly led 42-0.

Jer’Vohn Robinson scooped up a Collegiate BR fumble and returned it 20 yards for a score to make the score 48-0 in the second quarter. Jeremiah Grimes returned an interception 39 yards to house.

On the Panthers’ final score of the half, backup quarterback Jamari Thomas connected with Stephen Anderson for a 36-yard touchdown pass down the left sideline.

Despite dominating on the scoreboard, Brusly’s offense played less than 15 snaps the entire game. The team gained 105 total yards compared to 15 from the Dolphins.

Thomas completed 2-of-3 passes for 57 yards and score. Rabalais rushed the ball three times for 27 yards and two touchdowns.

With University High coming to town the following week, it could’ve been easy for Brusly to overlook Collegiate BR.

“We talked about it all week,” Schooler said. “There would be all the noise around, but we needed to keep it in house and focus on going 1-0 this week. We had a good week of practice and they were able to translate it into tonight’s game.

“The coaching staff over there (U-High), they do a great job,” he added. “They’ll be well coached, they’ll be prepared. We’ll make sure our guys are prepared and we look forward to a big night next Friday night.”