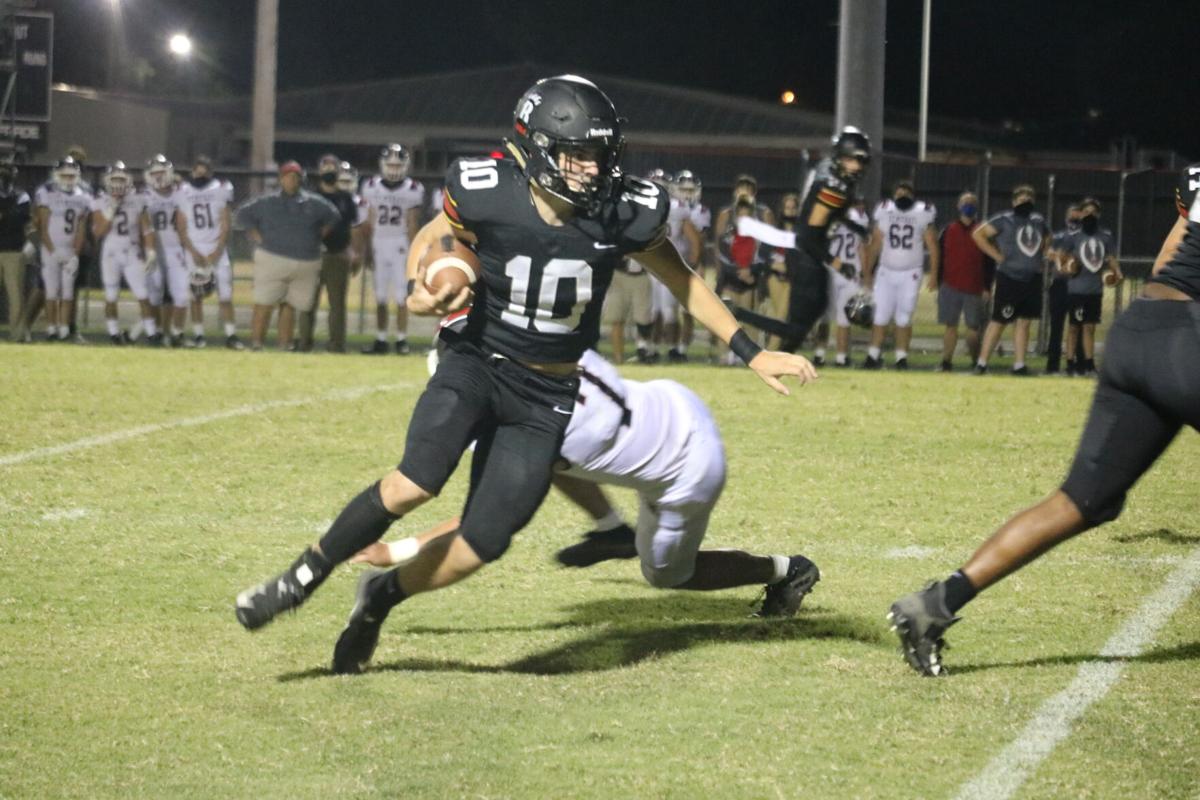 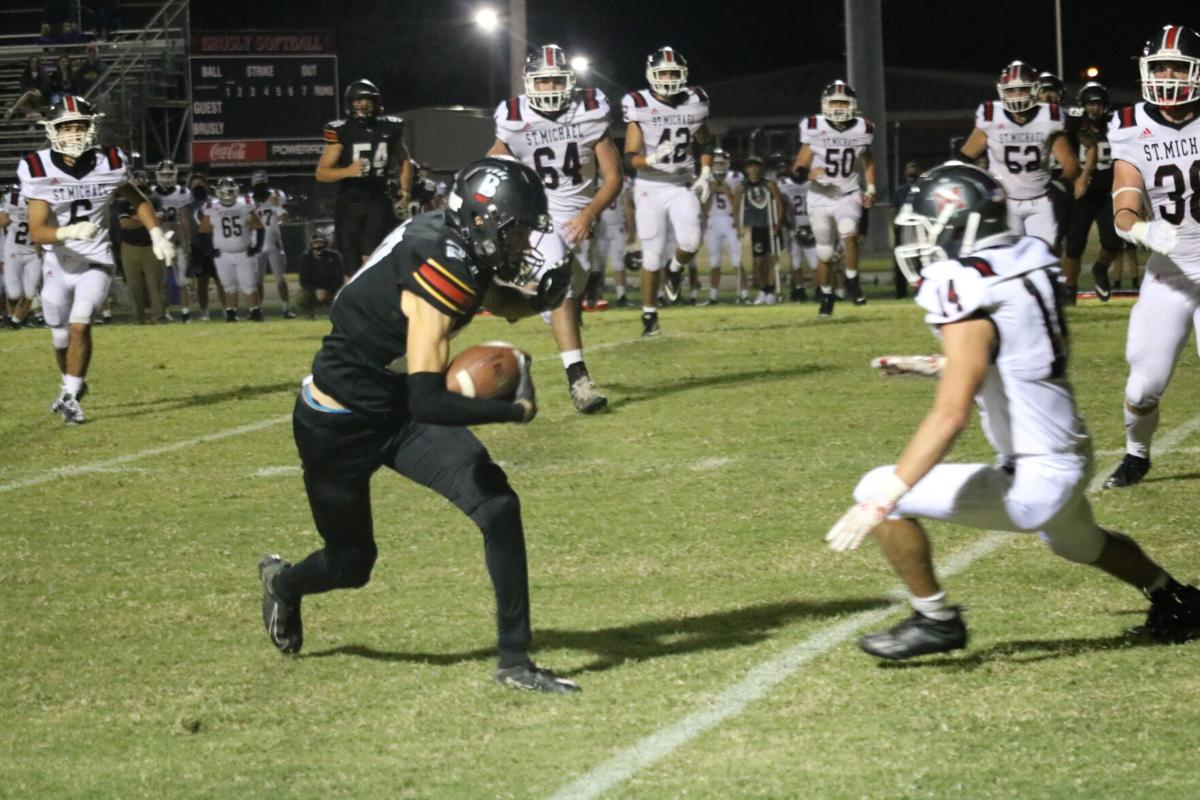 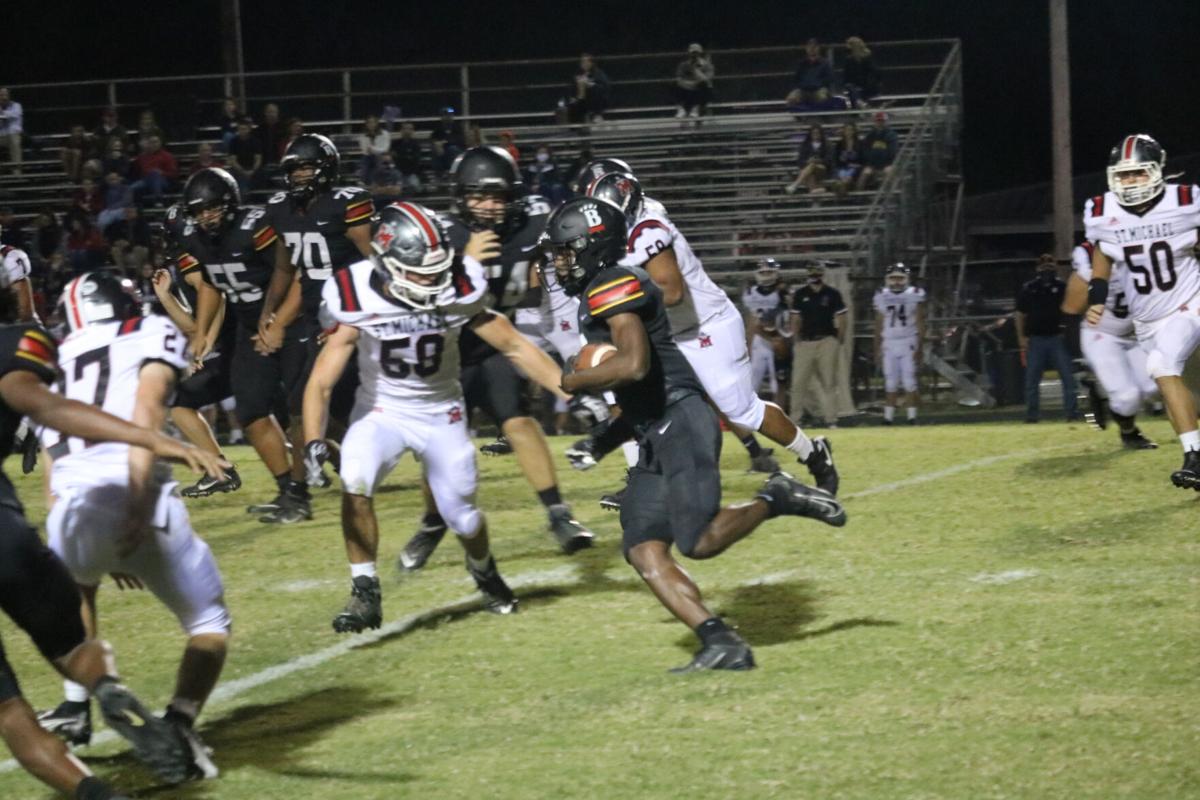 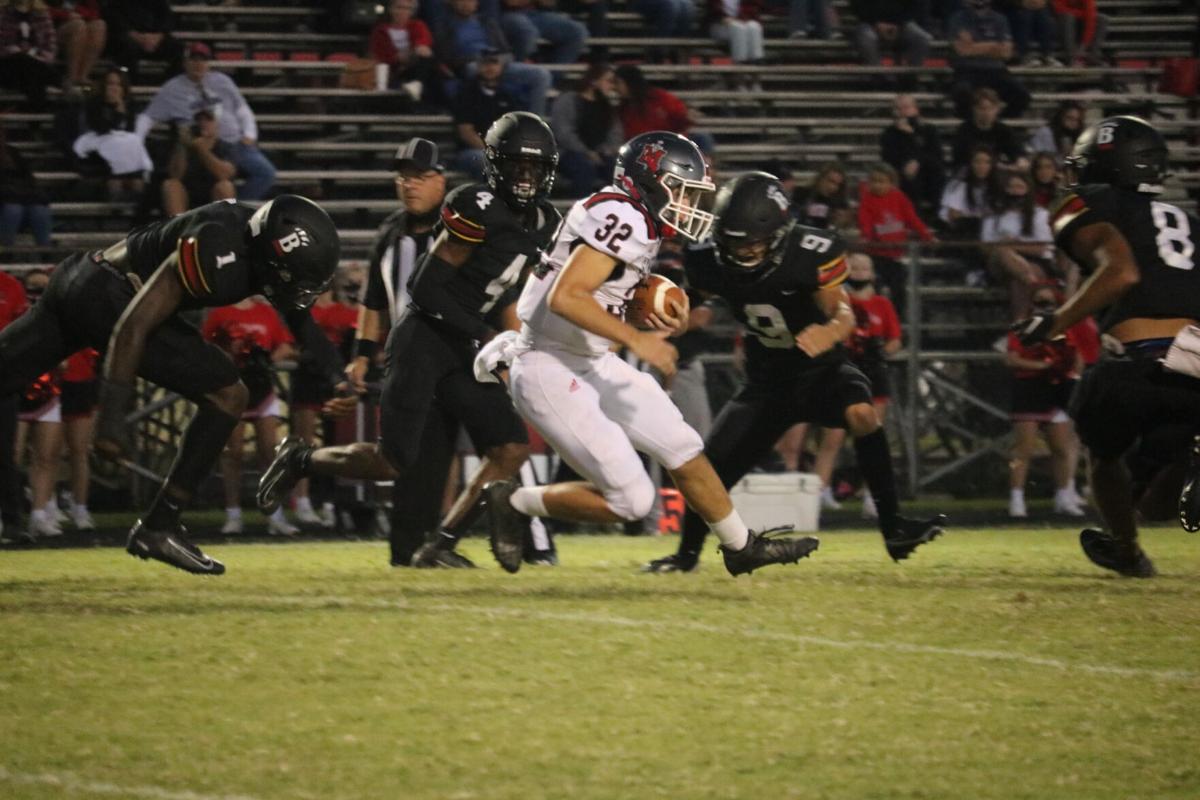 After St. Michael claimed a 3-0 lead late in the first quarter, Brusly responded with 35 unanswered points to break the game open on the way to a 35-10 win over the Warriors to kick off the regular season Friday night at Panther Stadium.

Brusly junior quarterback Sammy Daquano started his first game for the Panthers and didn’t disappoint. The offense failed to put up points in the first half, but Daquano scored four total touchdowns, two through the air and two on the ground to lead the offensive onslaught in the second and third quarters.

“It was nerve wracking. You could tell from watching,” Daquano said. “I was nervous, but then I settled in. I knew what I had to do. Coaches talked to us in practice. I knew the game plan and we just executed it. It felt good.”

Blane Dibenedetto recovered a fumble that set up Daquano’s two-yard run in the second quarter and put Brusly on the board. Josh Westly’s 15-yard run gave the Panthers a 14-3 lead with less than two minutes remaining before halftime.

Following a St. Michael turnover, Daquano connected with Randall Matthews on a 55-yard touchdown pass that put Brusly ahead 21-3 heading into halftime.

“You had some jitters early on,” Brusly coach Hoff Schooler said of Daquano. “Once he settled into the ball game he was doing what his coaches asked him to do. Coach (Earvin) Moore and coach Tate did a good job of calming him down and getting him into a rhythm.

Once Josh (Westly) and Ryder (Rabalais) and those guys get going, then it becomes a ball game and it’s a little more second nature to him.”

St. Michael’s Collin Beasley scored on a three-yard run in the fourth quarter.

“What we saw is that we need a lot of work,” said St. Michael coach Joey Sanchez. “Hats off to Brusly, they beat us where it counted, the offensive and defensive line. They controlled the line of scrimmage from the second quarter on and we couldn’t get anything going. We’ve got to dress that up.”

Westly carried the ball 10 times for 61 yards and a score. Ryder Rabalais led the team in rushing with 98 yards on eight attempts.

Matthews made the most of his two receptions earning 93 yards and a score.

Xavier Orgeron led the defense with seven tackles. Safety Brayden Veal hauled in an interception that led to a score.

Week 1 presented a different feel in the stadium because of COVID-19, but Schooler said he was impressed with Friday night’s turnout.

“It’s different. It’s a different feel in the stadium,” he said. “ It’s something I think fans, players, coaches, we all have to get used to. Not that different is always bad but that’s the way it is. We’re happy to be playing. When it’s said and done, you’re focused on the game and don’t hear so much of what’s going on. For 25 percent capacity, I thought we had a great crowd.”