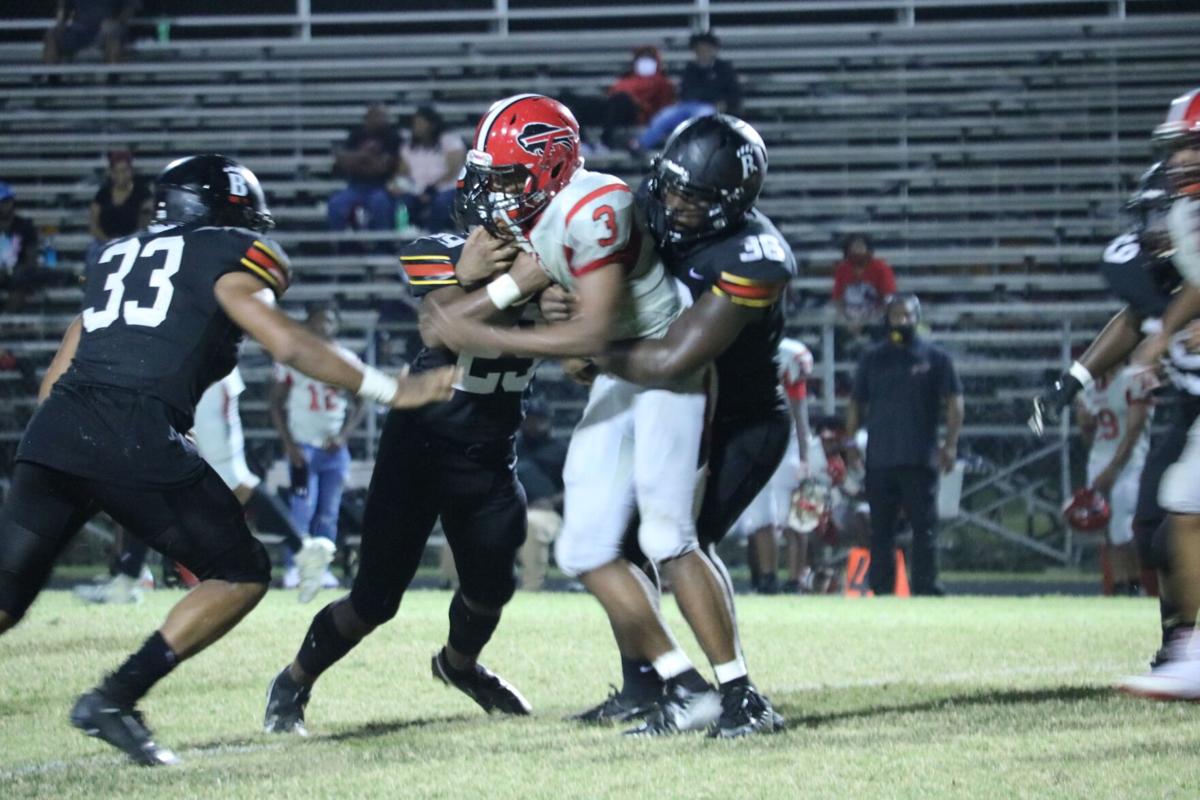 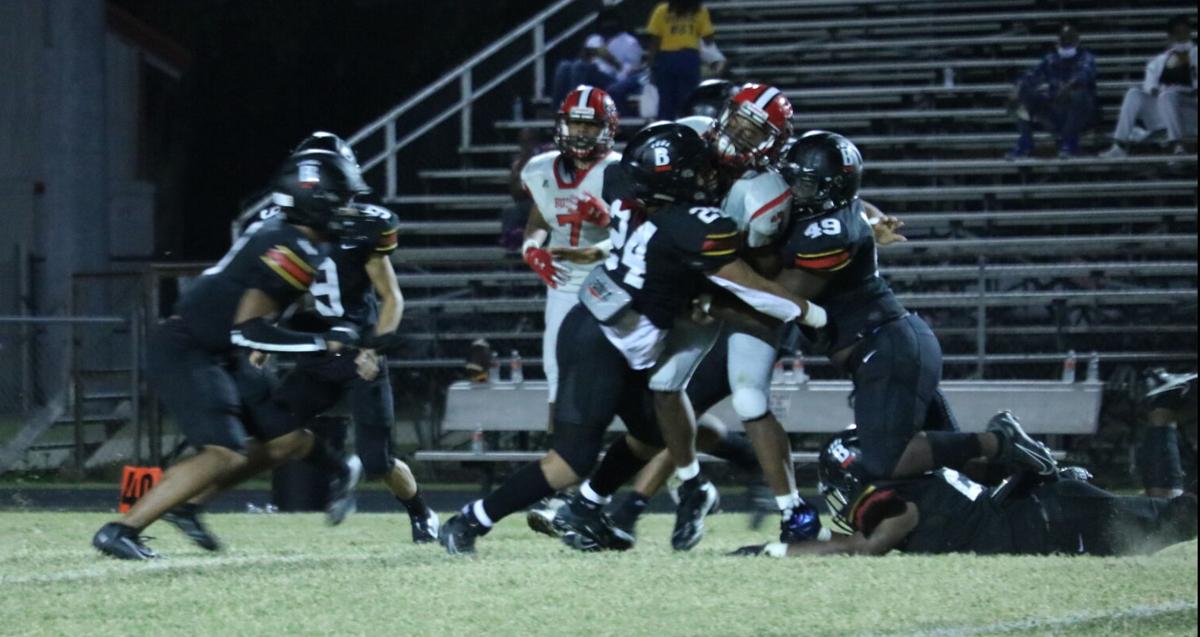 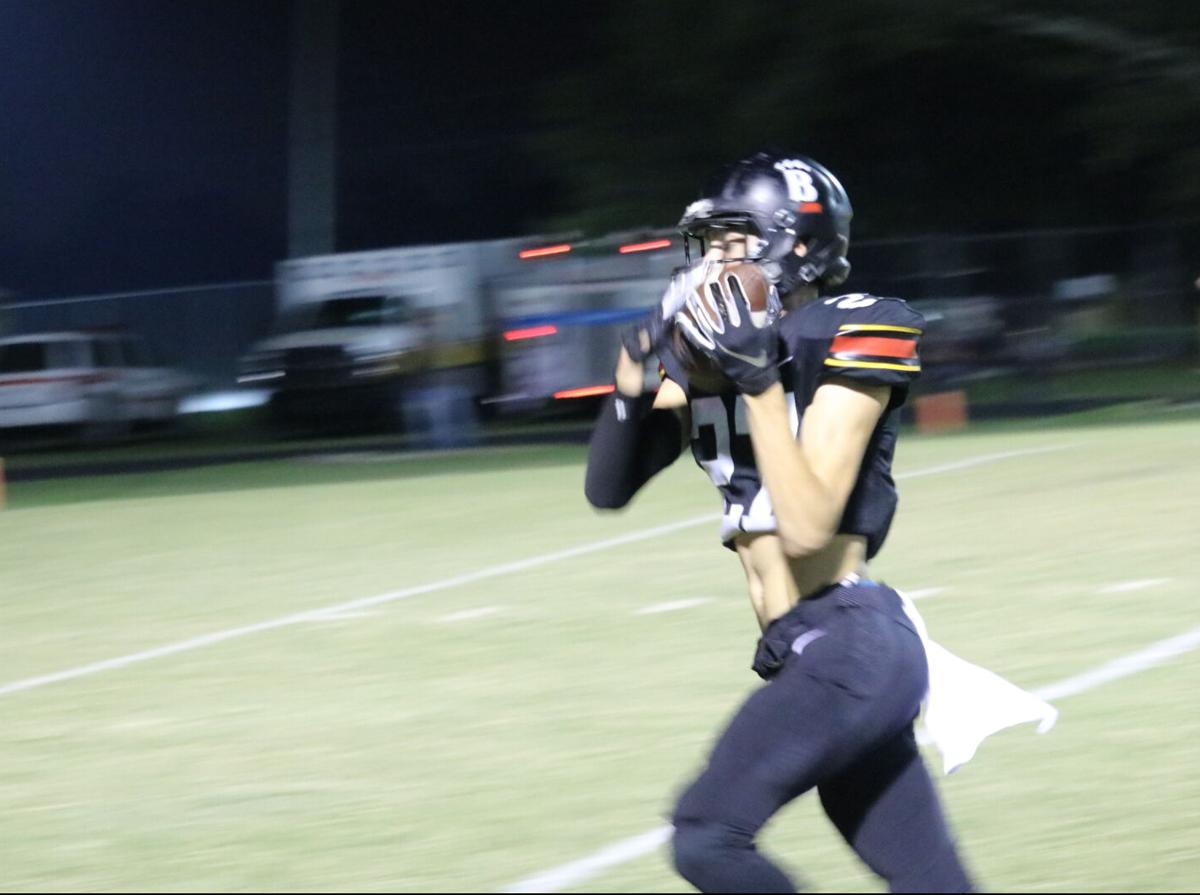 One of the points of emphasis for Brusly entering Thursday’s game against Brusly was to finish an opponent once the team gets a lead.

The Panthers were successful in that area.

“The first score, that’s on me getting a little aggressive there,” said Brusly coach Hoff Schooler. “We kind of misfit it a little bit. After that, we turned it up defensively, forced some turnovers, and got a safety. I’m excited to see all three phases play well.”

Sammy Daquano connected with Drew Stien on a 28-yard touchdown pass to get Brusly on the board early in the first quarter.

Brusly scored 28 points in the second quarter capped by Daquano’s 11-yard touchdown pass to Randall Matthews that put the score at 50-6 heading into halftime.

Daquano completed 10-of-11 passes for 149 yards and four scores. He also led the team in rushing, gaining 56 yards on five attempts. The team rushed for 169 yards.

Stien led the way with four receptions for 72 yards and two scores.

“We knew we could have success running the football, but we wanted to get the ball in the air, too,” Schooler said. “We want to be more balanced. I think you saw tonight what we can do when we’re doing the right things.”

Denarius Robinson recovered a fumble for the Brusly defense and the defense earned a safety late in the first quarter. Robinson, along with the rest of the defensive line were seemingly in the backfield every play and caused a slew of problems for the Baker offense.

Zion Veal led the team with five tackles followed by Jaiden Pearson and Robinson with 4.5 each.

“I take full responsibility for the six Baker scored,” Robinson said. “I shouldn’t have peaked inside. We talked amongst ourselves on the sideline and corrected it. From me, Bray (Braylon Thymes), Khalil Parker, (Brian) Amis and all the other defensive standouts on this team, we all just put it together and stuff just started coming.”

Thymes said Thursday’s performance was a response to how the team performed last week against West Feliciana.

“Last week was kind of like a wake up call,” he said. “We went up 21 points within five minutes in the first quarter and we let up. This week we kept it on them from the beginning until the end and made sure our young cats knew what to do.”

It’s the second straight win for Brusly after playing on a short week. The Panthers get ready to take the show on the road again next week at U-High.

“ It started with Madison Prep. We started on a Thursday and finished on a Sunday,” Schooler said. “Hats off to the coaches and understanding what we needed to do with their (players) legs throughout the week, whether it be in the weight room and on the field. We’ll let them recover a little bit, but still you’re right back to a Thursday game. As much as you want to give them off, you still have to be prepared to play a really good football team at their place. We think we kind of found that balance.”