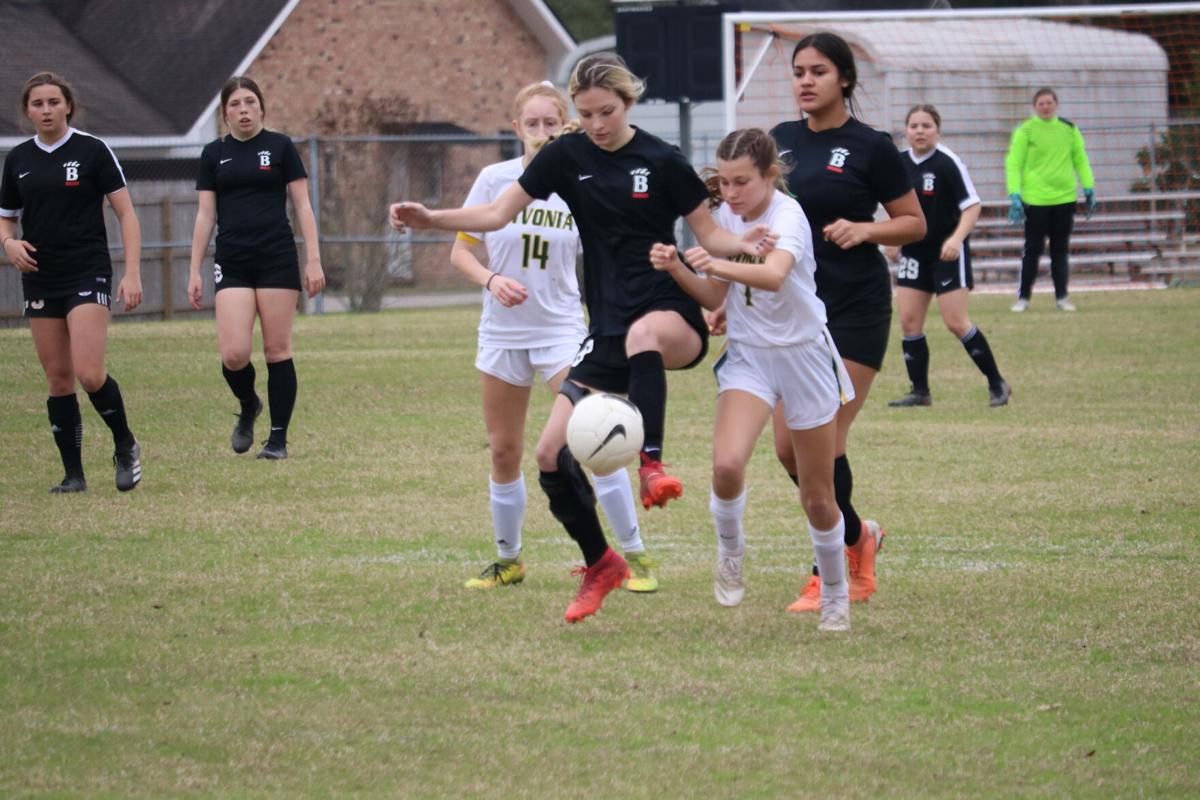 Brusly's Jordyn Patrick battles for the ball during Saturday's 3-0 win over Livonia. 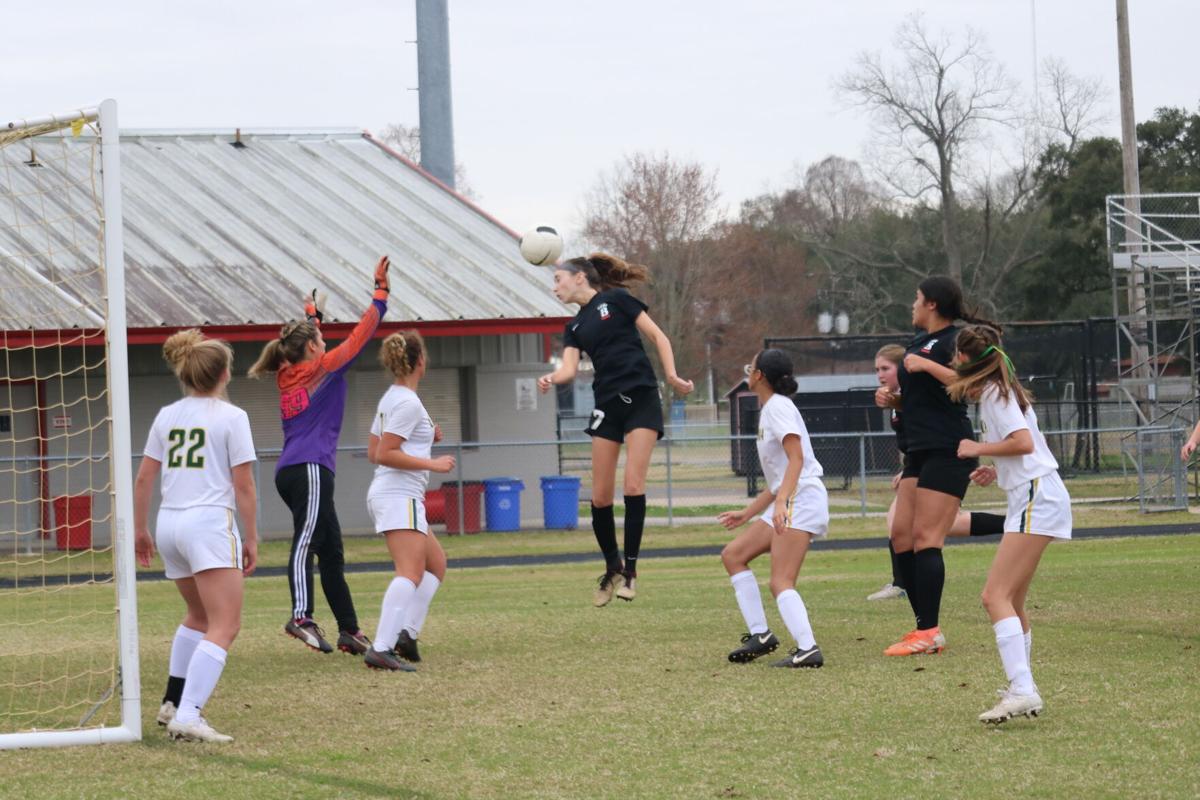 Emma Sarradet attempts a header off of a corner kick during Saturday's win over Livonia. 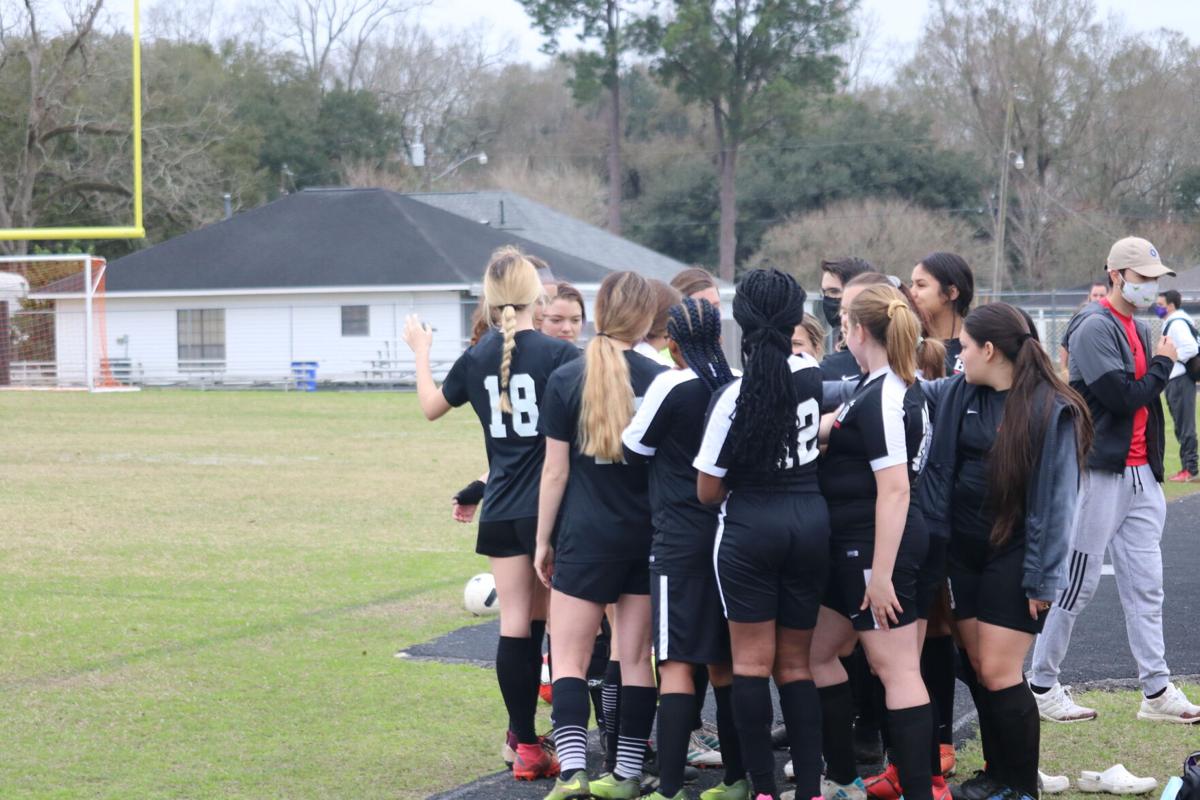 Brusly's Jordyn Patrick battles for the ball during Saturday's 3-0 win over Livonia.

Emma Sarradet attempts a header off of a corner kick during Saturday's win over Livonia.

Brusly kept its playoff hopes alive Saturday while honoring its senior athletes in the process.

The win gave Brusly its second straight win as the team improved to 6-8 on the season.

“I think the biggest thing we were worrying about was the effort we were going to give,” said Brusly coach Grant Morvant. “We’ve been a little inconsistent this year, but we’re trying to make a playoff push and I told them look, if y’all want it, you have to play like y’all want it today. I was just happy that they were able to get it done.”

Brusly controlled possession throughout the game. Patrick beat a Livonia defender to score the first goal in the 20th minute. That was the lone score in the first half.

“It was pretty good (win) because this was kind of a do-or-die game and it was senior day all in one,” Patrick said.

Sarradet had a chance to score on a penalty kick, but the Livonia keeper made a few stops before Sarradet’s persistence paid off and she scored in the 47th minute. The team’s leading scorer booted in another goal in the 68th minute.

“I think our effort definitely showed,” Sarradet said. “It showed us coming together as a team, especially since we’re trying to make the playoffs. I think this win will definitely help us get there.”

Brusly’s defense prevented Livonia from getting many shots on goal. The shots that they did get, Brusly senior keeper Claire Suter stopped. Suter finished the game with six saves.

“Our defense has been our strong suit the whole season,” Morvant said. “I was really proud of how they were able to defend. Communication today helped them a lot. Claire was a leader today. I could hear her constantly talking. Anything that came into her six yard box, it was hers. I’m really proud of the defense.”

In addition to Patrick, Sarradet and Suter, Mariana Ramirez, Mariyah Green and Emily Neely were the other seniors honored Saturday.

Brusly ends the regular season at home Monday against Opelousas Catholic with a chance at the playoffs on the line.