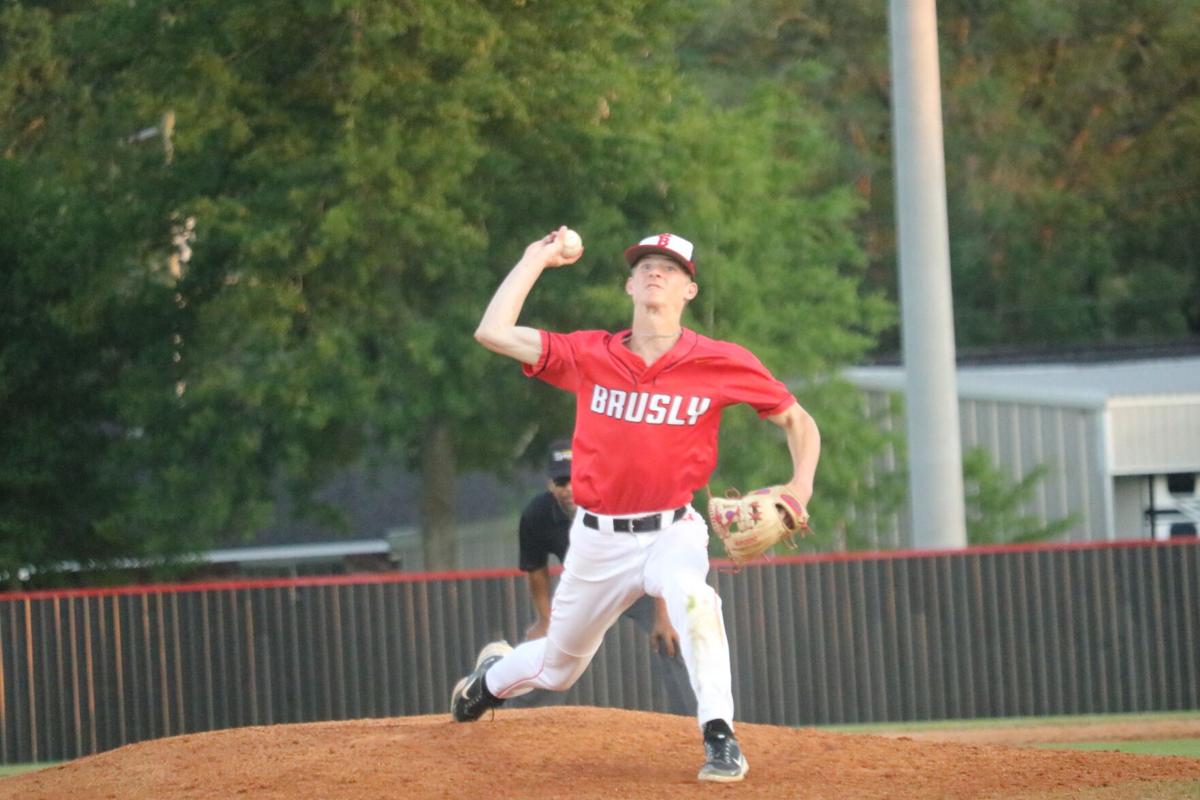 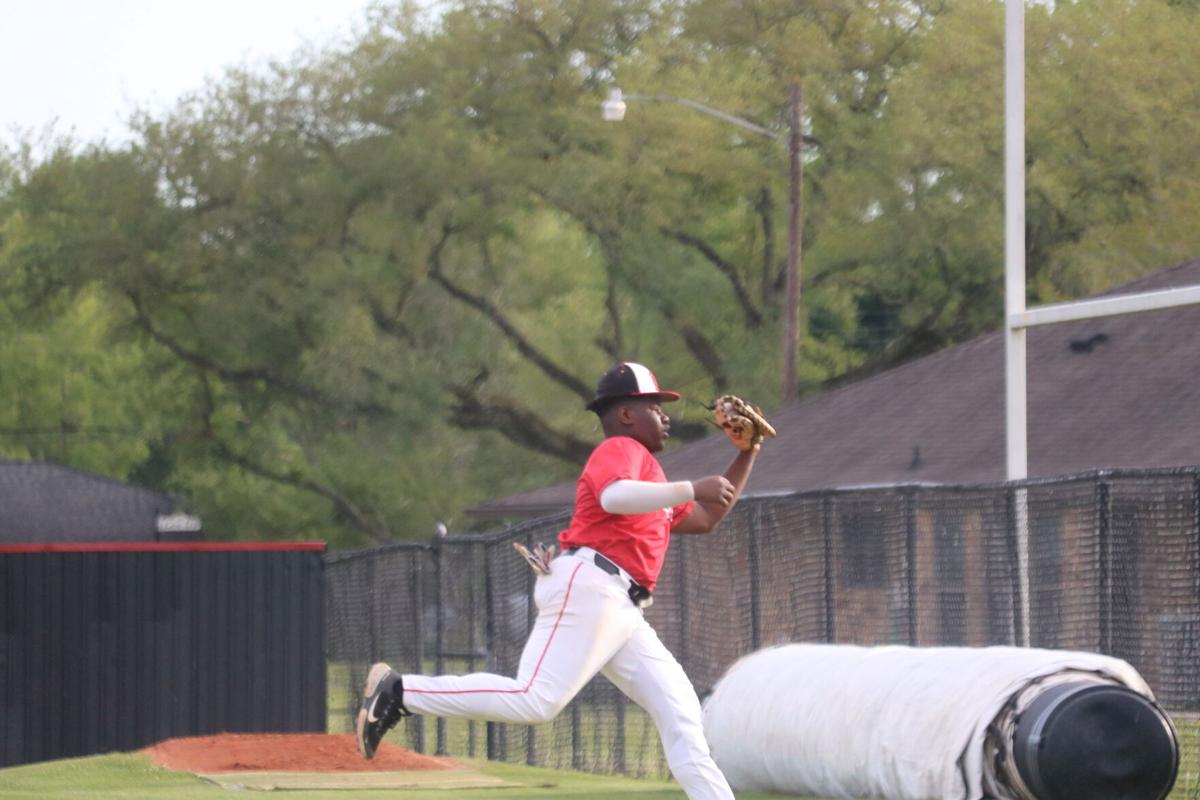 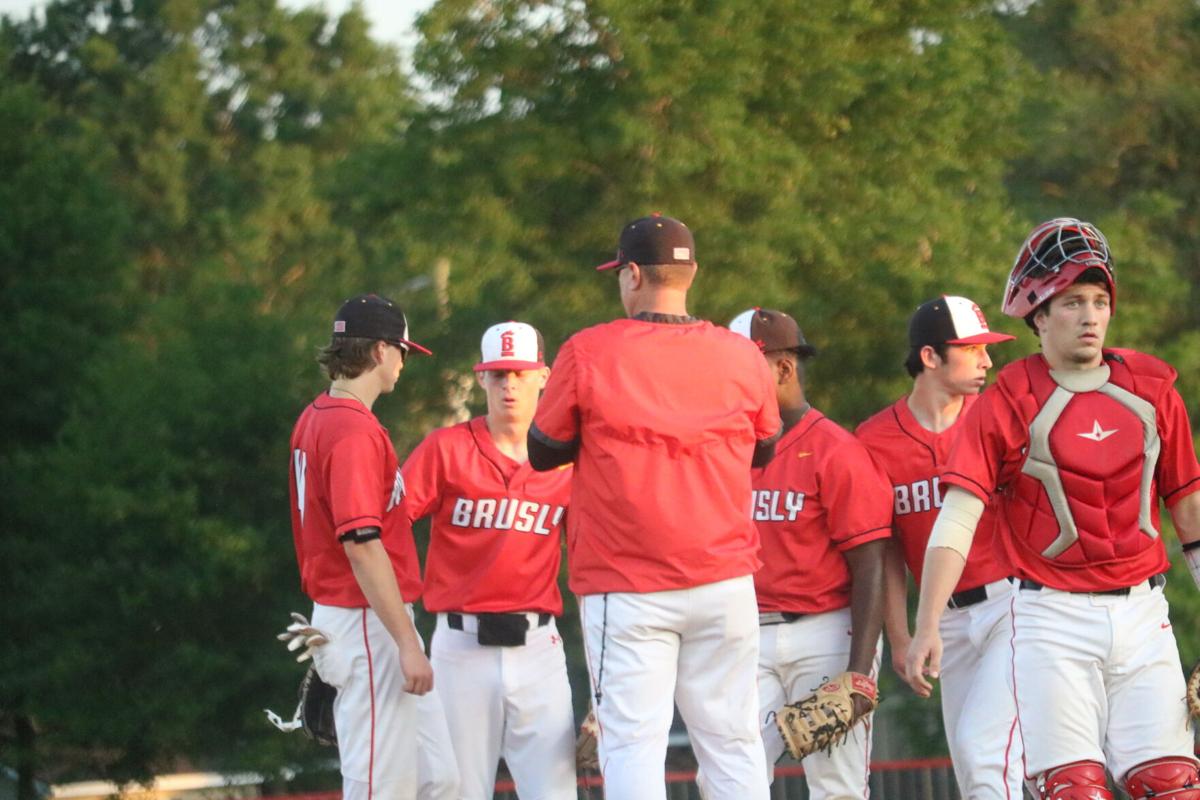 Brusly coach Mike Forbes talks with his team on the mound during Monday's playoff game against Jewel Sumner. 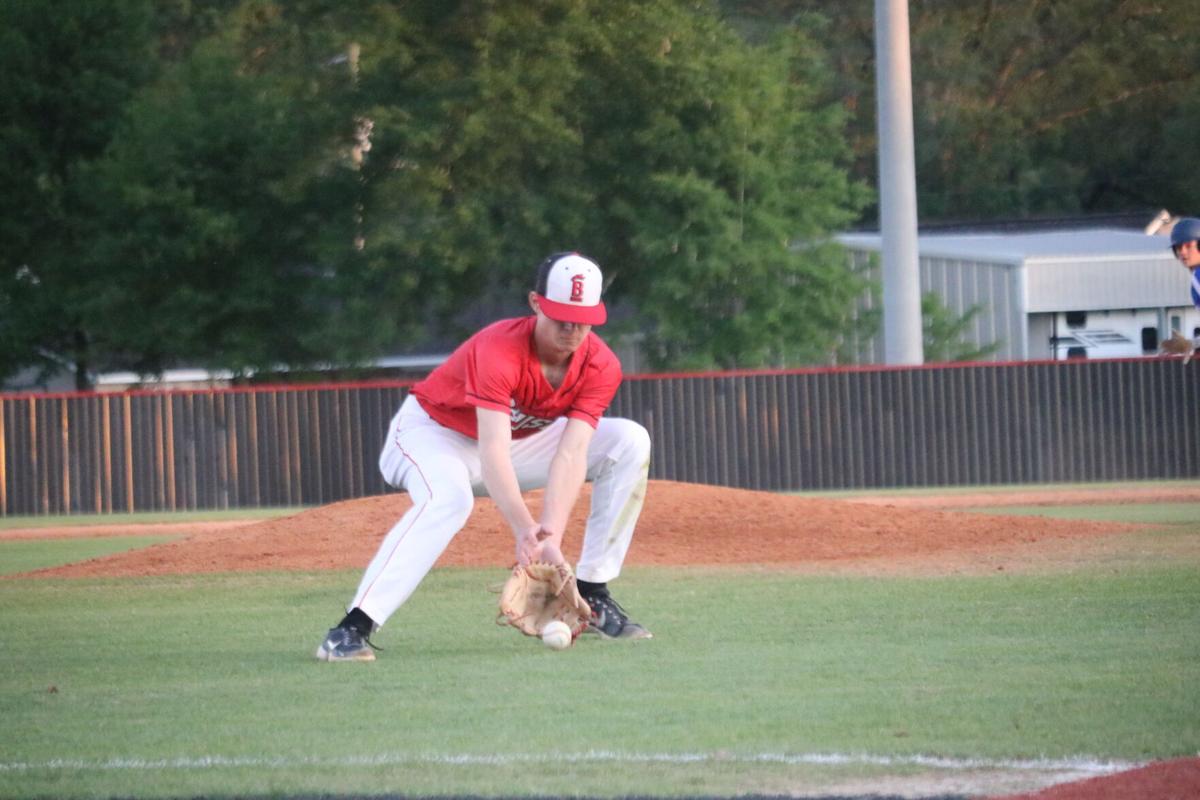 Brusly coach Mike Forbes talks with his team on the mound during Monday's playoff game against Jewel Sumner.

Late-game comebacks have become a characteristic of this year’s Brusly baseball team and that trait continued Monday in the biggest game of the season to date.

Brusly nabbed the lead in the bottom half of the sixth thanks to a three-run inning to claim a 5-3 win over Jewel Sumner at home in the first round of the Class 3A playoffs.

Michael Curry drew a bases-loaded walk to give Brusly a 4-3 lead in the sixth and Wade Curry’s sac-fly gave pitcher Aiden Braud another insurance run.

Braud closed the game out on the mound with two strikeouts in the top half of the seventh. He was perfect in two innings of work with four strikeouts.

“Getting two insurance runs on the board really helped,” Braud said. “Starting it off with the double over the guy’s head and then the bunt moving runners around. One step at a time. That really helped. It gave me a lot of confidence on the mound.

“You just gotta believe,” he continued. ‘My teammates always tell me ‘nobody better.’ You gotta have that mindset. If you’re confident, you can really do anything. You just have to go out there and throw strikes. One step at a time.”

Sumner jumped out to an early lead with two runs in the first. An RBI single to left field extended the visitors’ lead to 3-0.

Brusly scratched in the scoring column in the third inning with two runs. Wade Curry grounded into a fielder’s choice that brought in one run before Braud drew a walk with the bases loaded.

Braud started the rally in the sixth with a double to right field. Cole MacNichol laid a bunt down near the third base line and reached base on an error.

Braud scored on an error that tied the game at three.

“All year we’ve been able to scratch late in the game,” said Brusly head coach Mike Forbes. ‘Our focus level rises in the end. At some point it’s going to click to them that if we have that kind of focus level in the early innings, we don’t have to deal with all of that stuff later in the game, but it is a good quality that these kids have to understand that while things may not be going our way, we’re still in it. They play their hardest.

“We had an opportunity to get a bunt down and you never know what’s going to happen,” Forbes said. “Then we get lucky, and they throw it away and then the crowd’s into it. The momentum’s on our side. I commend Cole MacNichol. He hasn’t gotten a lot of opportunities this year and his number was called like that and he got the job done. That’s what it takes to win big games.”

Michael Curry led Brusly with two hits in three at-bats. Evan Daigle got the start on the mound. He allowed three runs on six hits with four strikeouts.

Brusly will play the winner of No. 10 Jennings and No. 23 Union Parish, which is scheduled for Tuesday.

“We need to have a good couple of days of preparation,” Forbes stated. “We can’t have a lack of focus or a lack of energy in a three-game series. We gotta be able to bring it for every single pitch.”