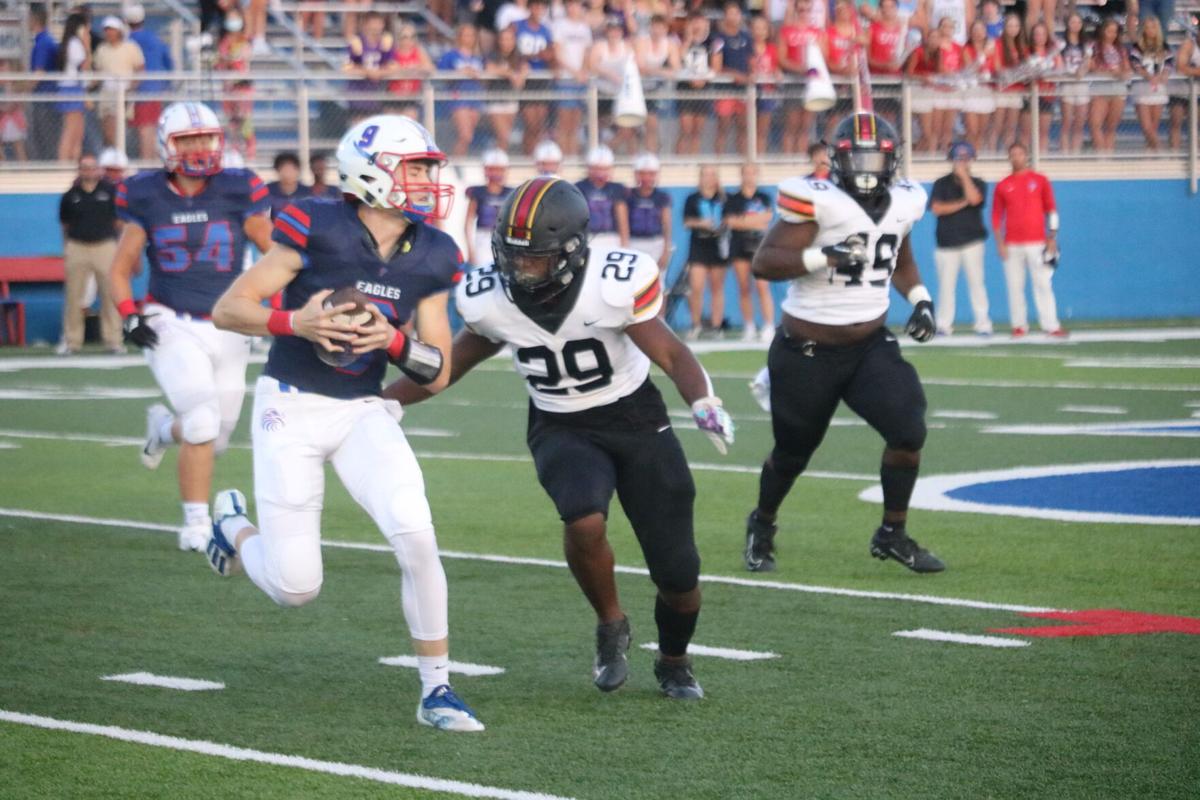 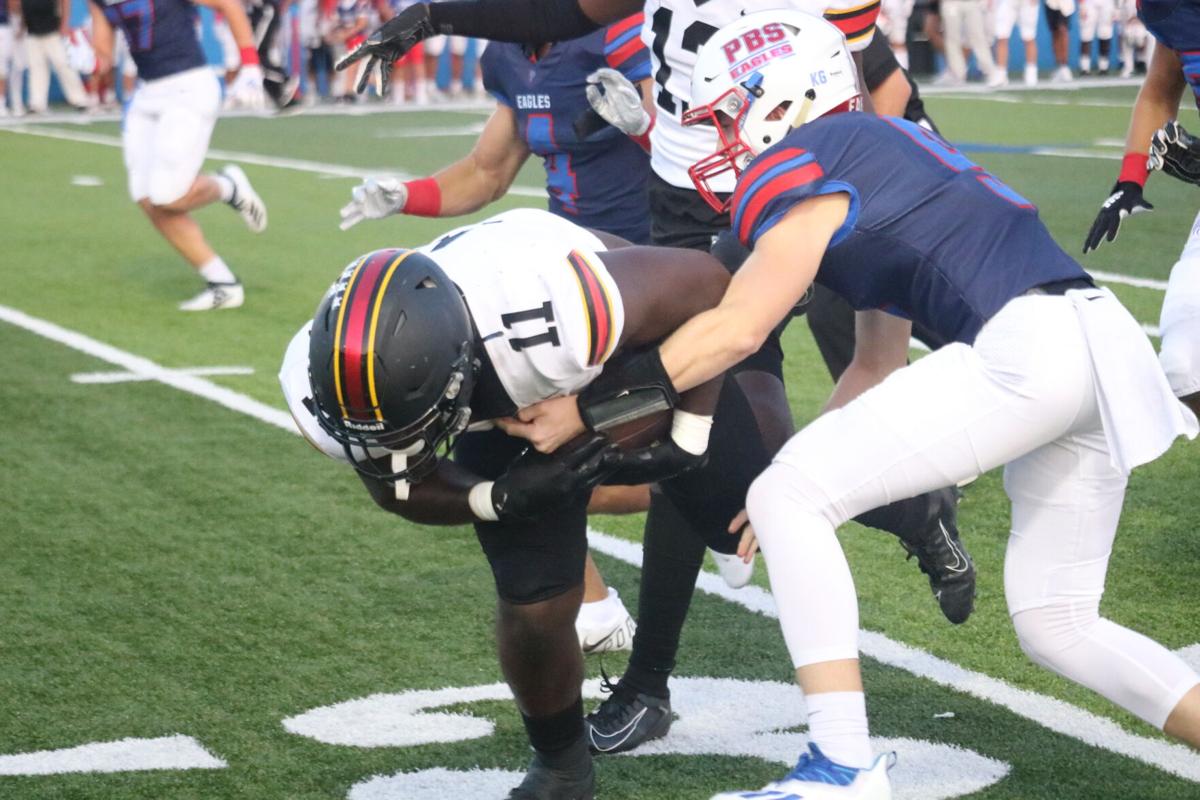 Fourteen points was enough to win a defensive slugfest in the District 7-3A opener.

Brusly’s defense mustered a goal-line stand and stopped Parkview facing a fourth-and-goal from the 3-yard line with 22 seconds left to clinch a 14-7 win Friday night at Parkview.

Brusly scratched first on the scoreboard thanks to a 1-yard touchdown pass from Sammy Daquano to Cody Loupe. Loupe finished the game with five receptions for 72 yards with the score.

Senior Nate Goza got the start at quarterback for Parkview but after a scoreless first half, coach Stefan LeFors made a change to fellow senior Kade Pearl in the second half. Sophomore quarterback Abram Johnston also got some reps for the Eagles, but no quarterback could solve the Panther defense.

Brusly responded two drives later and it only took one play. Facing a first-and-10 from their own 35, Daquano connected with Drew Stein on a short slant and Stein did the rest, taking it 65 yards for a touchdown.

On Parkview’s final drive, the Eagles had a first-and-goal from the 3-yard line and got as close as the 1-yard line on second down, but could not punch it in.

“Too many mistakes to overcome in the first half, turning the ball over like it’s what we’re supposed to do,” LeFors said. “We gotta take care of the football better. We had three last week. We had two or three tonight and we had some fumbles that we didn’t lose. We can’t put the ball on the ground, we can’t throw it up for grabs from the quarterback position. I want to commend our defense. They did a great job of playing with a short field. I’m proud of how we battled back a little bit in the second half and gave ourselves a chance. We got it down here. We just gotta find a way to plug it in.”

Daquano threw for nearly 200 yards with two touchdowns. He also rushed for 68 yards on 10 attempts.  Stein and Randall Matthews had two receptions apiece for 75 and 61 yards respectively.

On the defensive side, Jared Anderson had an interception, while Denarius Robinson had a fumble recovery and two sacks.

“We had the big plays but what’s lost in the mix is there’s series where you come down and you’re picking up first downs and you’re eating up the clock and shortening the game,” Schooler said. “We talked about last week we played 77 plays against Port Allen. That was too many plays. We don’t need to be out the field defensively that much, so tonight the offense did a good job. You don’t have to score every drive so much as you want to possess the ball and flip the field. We made them play with their back to the end zone all night long.”