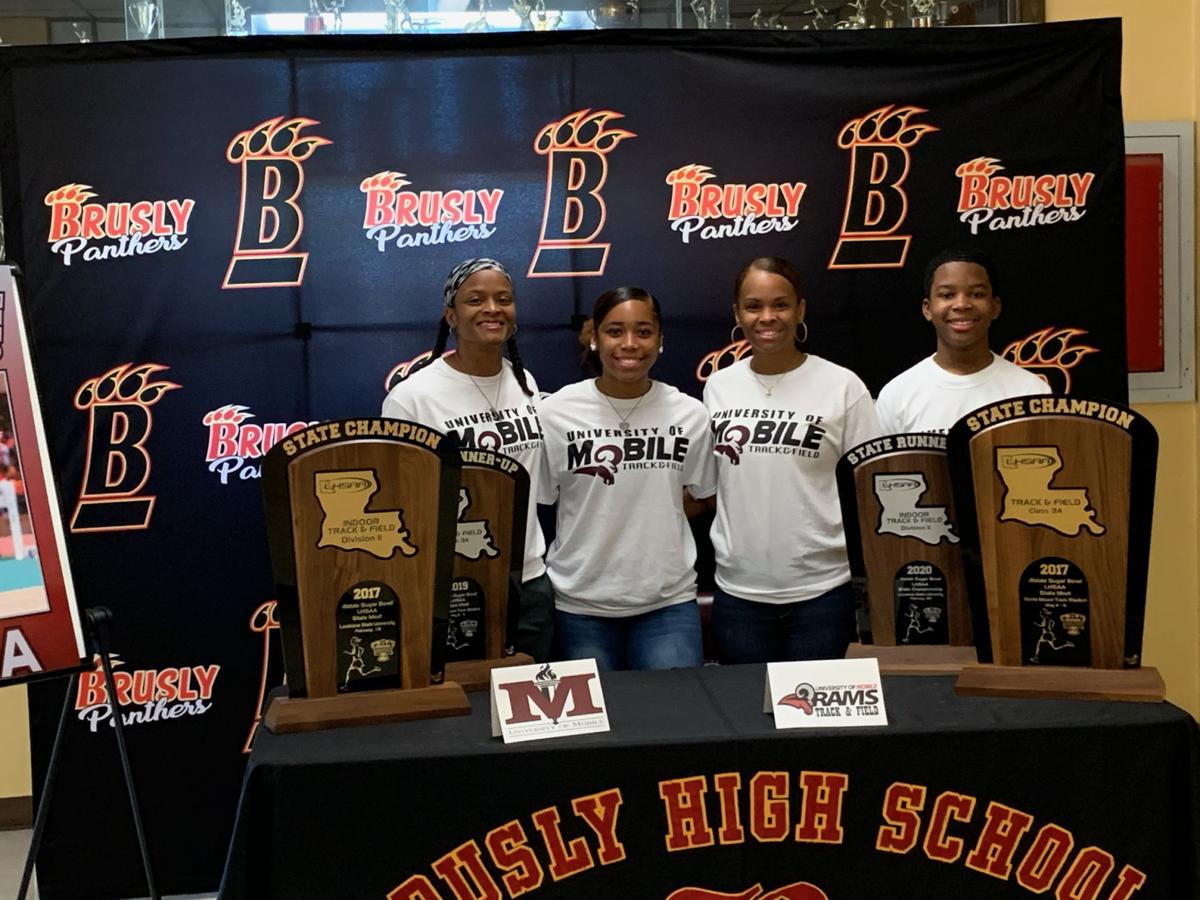 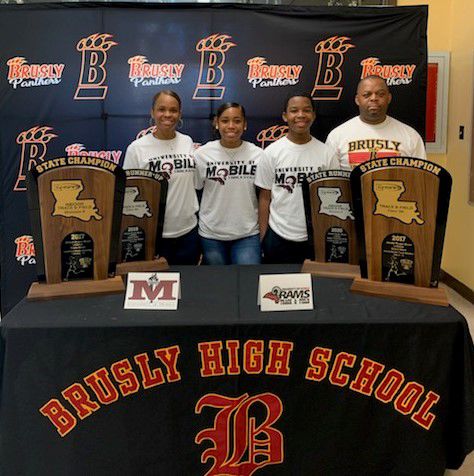 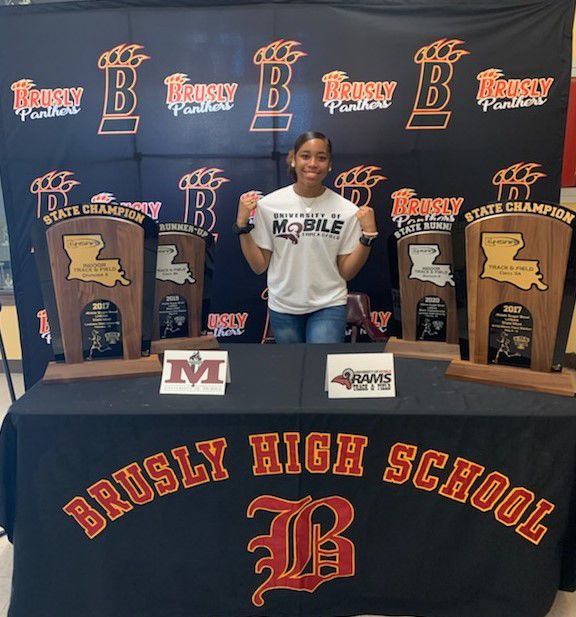 Brusly's Myla Edwards signed a track scholarship to attend the University of Mobile.

Brusly's Myla Edwards signed a track scholarship to attend the University of Mobile.

The COVID-19 pandemic has put a damper on large gatherings, so Brusly senior Myla Edwards had to share her big moment with a very small group of people.

Edwards signed a track scholarship to continue her academic and athletic career at the University of Mobile.

Edwards considered going the basketball route after having a successful prep career, but eventually opted to go with track.

“I really fell in love with the school,” Edwards said. “The coach was great. We did a drive through of the campus. I liked the atmosphere. They had my major and the things I wanted.”

Edwards, a seven-time state champion, garnered success in the triple jump and as a member of multiple relay teams.

Edwards finished third in the triple jump during the indoor season this year before the pandemic wiped out her outdoor season.

Brusly narrowly captured the indoor state title and looked forward to making up for it during the outdoor season.

“It was kind of tough for us because we were looking forward to outdoor after what happened in indoor,” Edwards said. “We were expecting to win state this year.”

Edwards was a regional and district champion in the triple jump and a member of the 200-meter relay team that set a new record at the Texas Relays. She was also an All-State honoree during her high school career.

She was coming off of a basketball season where she earned the district’s Defensive MVP award.

“Basketball scholarships are harder to get,” she said. “I had offers but this offer (University of Mobile) had everything I wanted.”

The University of Mobile campus is a little over three hours away from Brusly and Edwards said the school’s location played a role in her decision.

“I just wanted a change of scenery and it’s about getting to know new people and just being away from home but not too far,” she stated.

“That’s very important to me,” Ellis said. “That’s one of the main reasons why I coach. I’m very happy that those two were able to sign scholarships.”