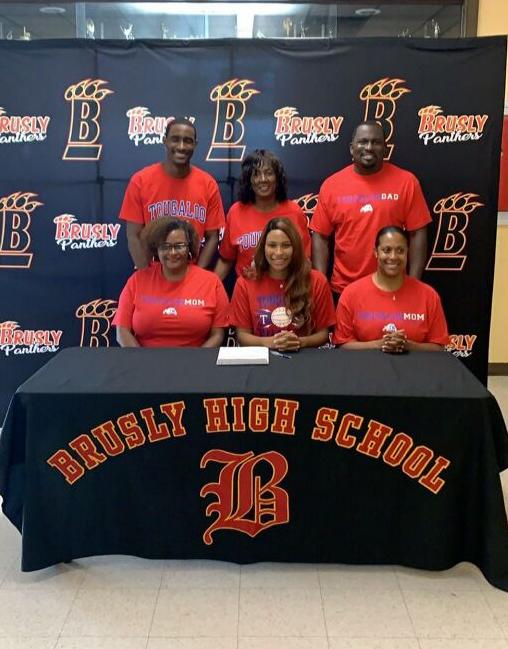 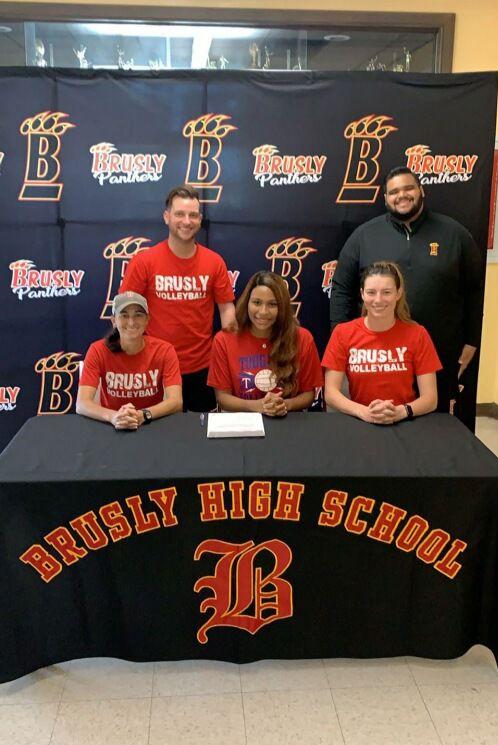 Brusly senior Hayleigh Harrison accomplished something that hasn’t been done in the Brusly volleyball program in some time.

Harrison signed a scholarship to continue her volleyball and academic career at Tougaloo College near Jackson, Mississippi.

“I was very excited for her,” said Brusly head volleyball coach Kayla Sarradet. “I’m very proud. This is the first time in a while that we’ve had someone sign.”

Harrison had the option to play basketball in college but opted to stick with volleyball. She said she liked the coaches and the Tougaloo campus. Other aspects of the area caught her eye as well.

“It’s only two and a half hours away from home and there’s a Canes,” she said. “The Waffle House there also makes very fluffy waffles.”

The COVID-19 pandemic made the process harder, but Harrison said she’s glad it’s over.

Harrison’s level of play rose from her junior year to her senior year and she attributed that growth to her mindset.

“I was more hungry this year,” she said. “I had to push myself to continue to get better.”

Brusly had it’s graduation Saturday. The forced unorthodox ceremony produced a mix of opinions from Harrison.

“It was kind of disappointing because we couldn’t throw our hats up in the air or take pictures or anything like that, but I’m glad we were able to do something.”

Harrison signing a scholarship sheds light not only on the hard work that she’s put in, but also sheds a positive light on the program, according to the coach.

“It shows our community that we’re successful in volleyball like the other sports,”Sarradet said. “I look forward to seeing her play at the next level. I’ll be watching and keeping up with her.”