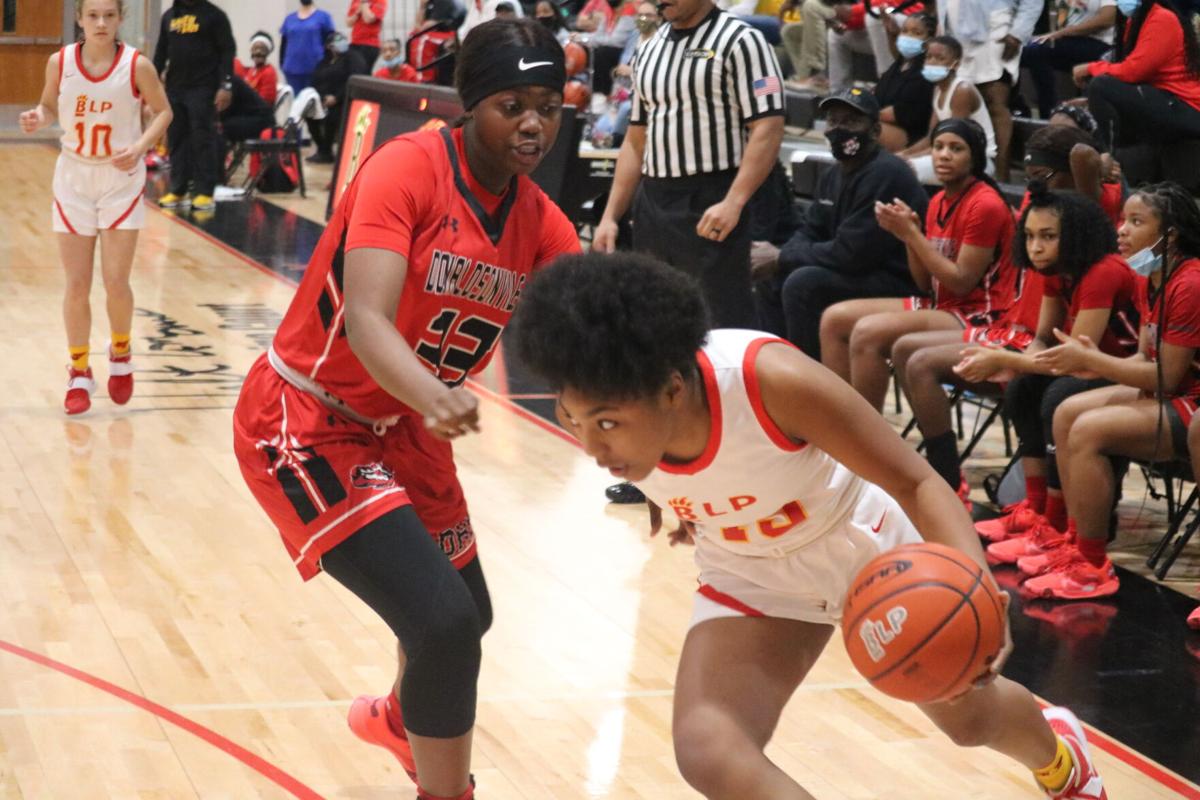 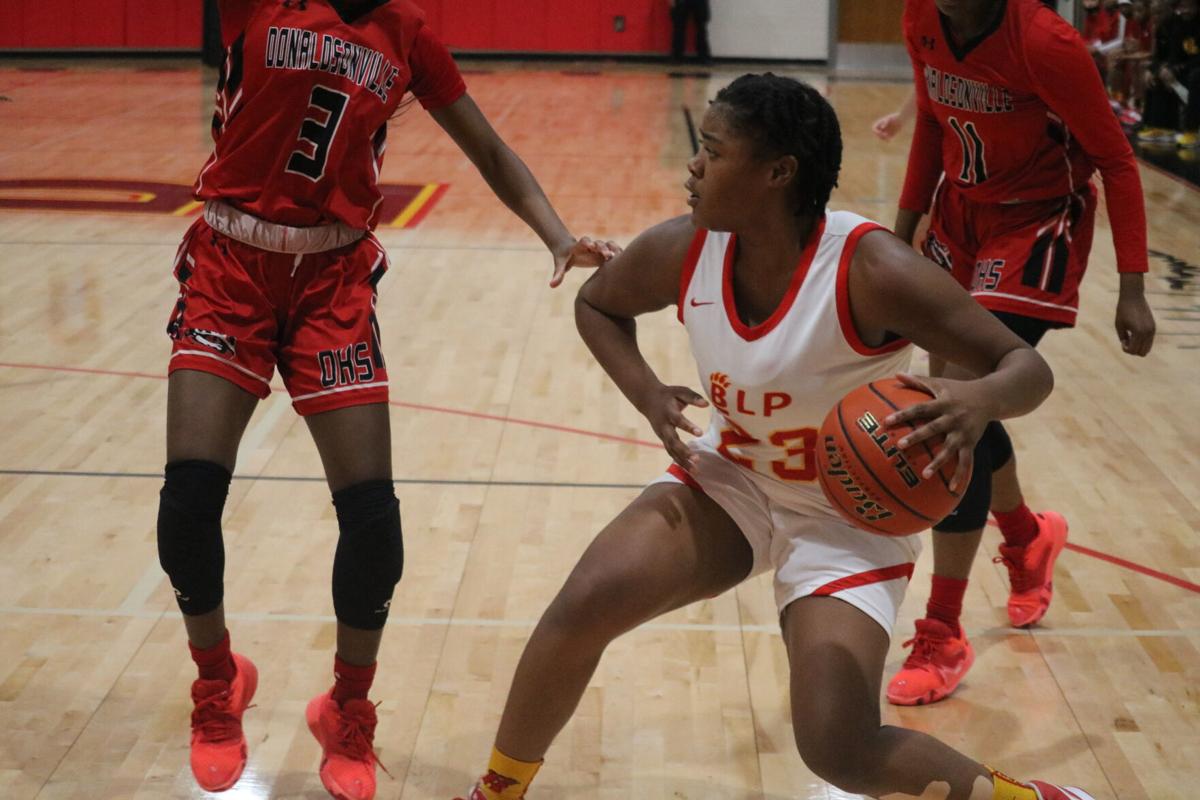 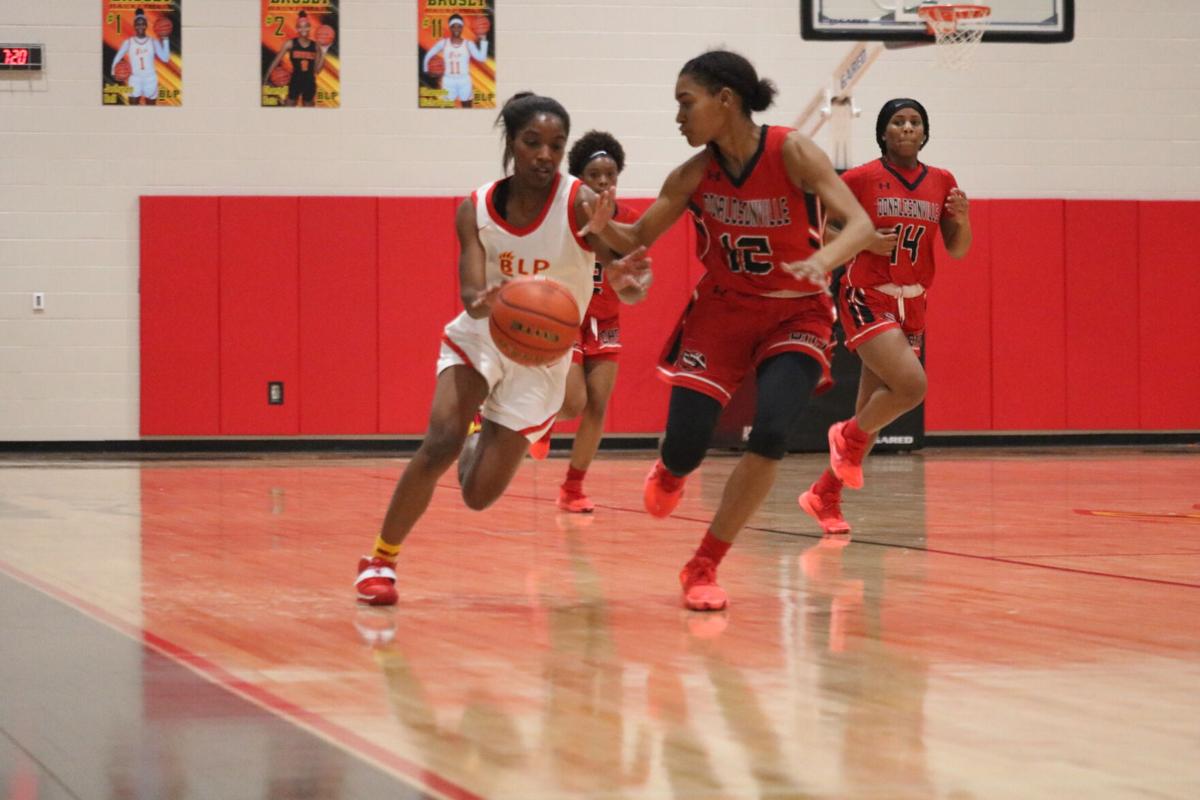 Brusly's Alayah Gedward dribbles down the court during Thursday's playoff game against Donaldsonville. 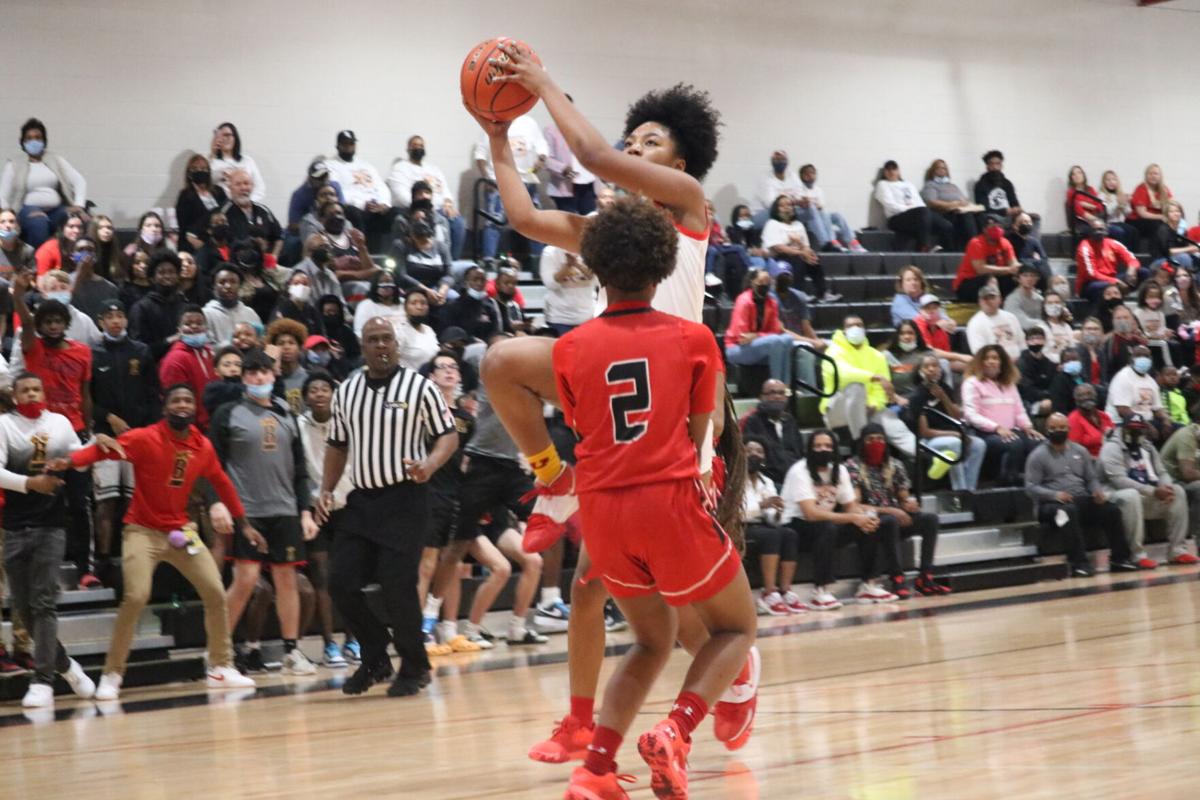 Brusly's Laila Clark makes a layup over a Donaldsonville player during Thursday's game in Brusly. 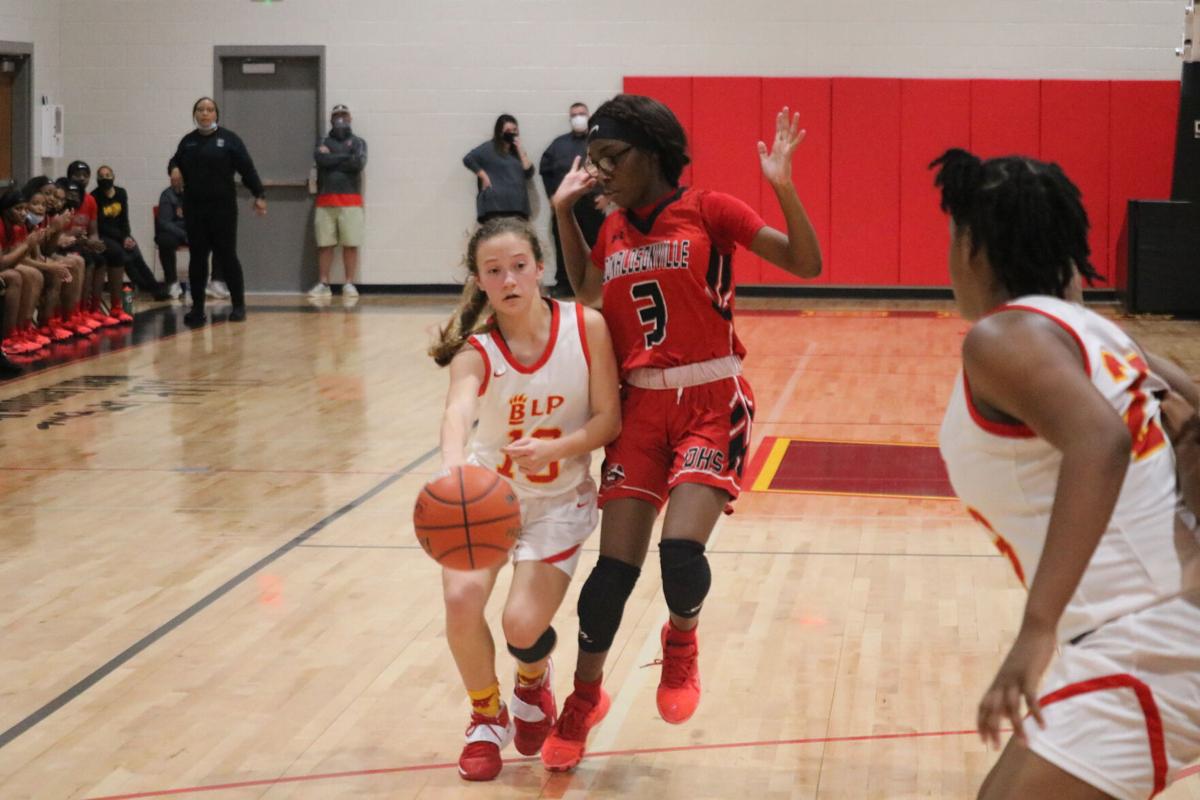 Brusly guard Emma Fabre looks to pass the ball to Tia Anderson in the post during Thursday's quarterfinal game against Donaldsonville. 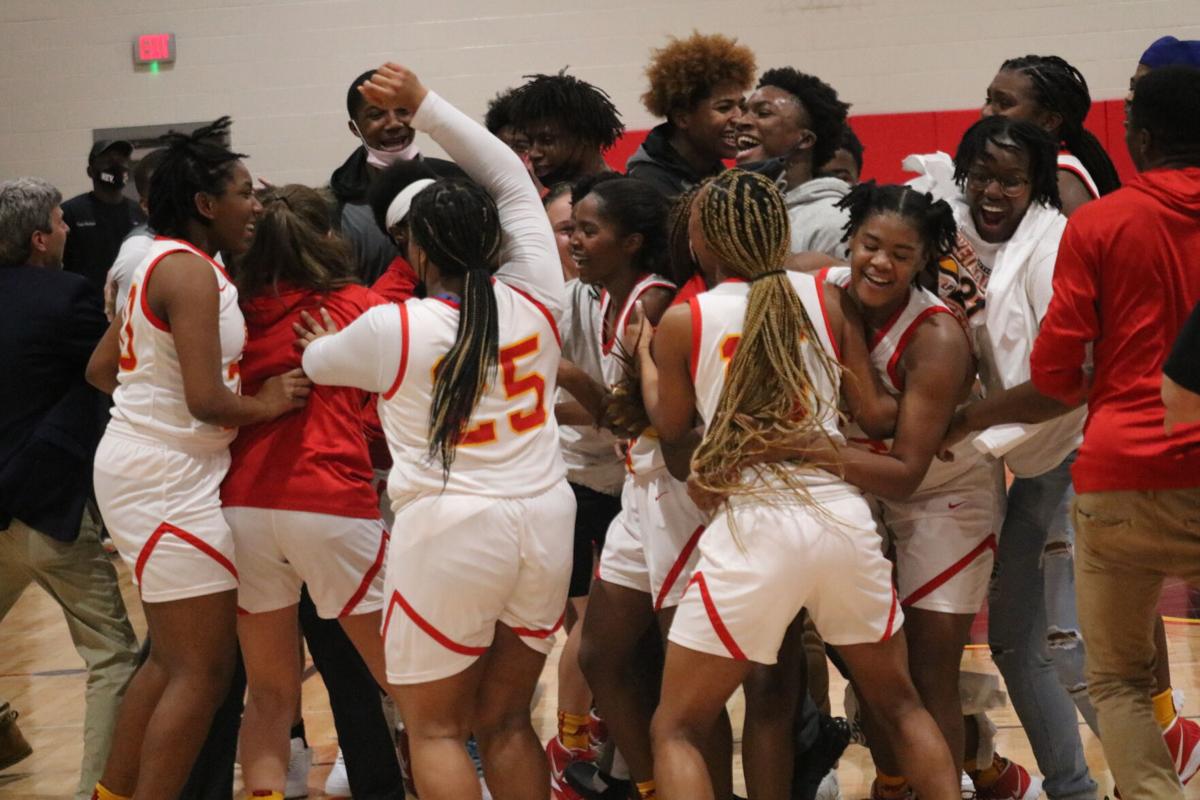 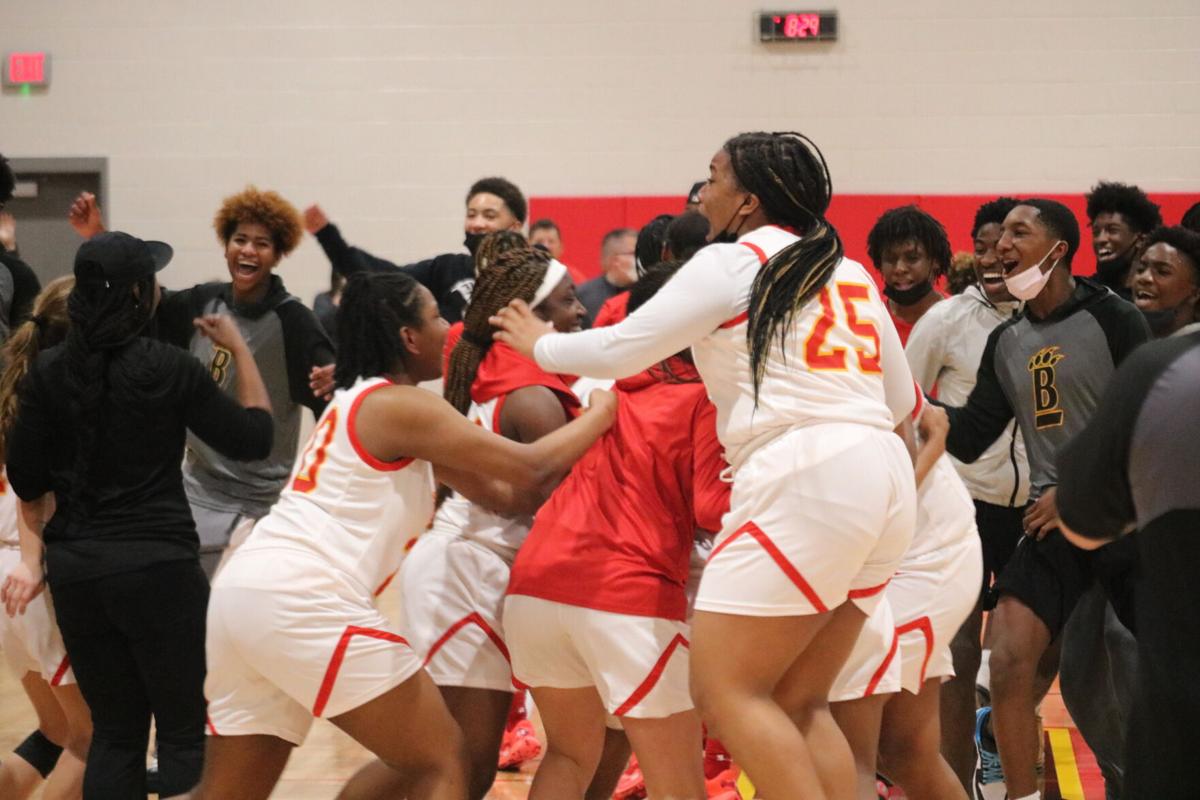 Brusly's Alayah Gedward dribbles down the court during Thursday's playoff game against Donaldsonville.

Brusly's Laila Clark makes a layup over a Donaldsonville player during Thursday's game in Brusly.

Brusly guard Emma Fabre looks to pass the ball to Tia Anderson in the post during Thursday's quarterfinal game against Donaldsonville.

Brusly freshman Laila Clark hit a game-winning layup with 26 seconds left and followed that up with a block to help the Lady Panthers get back to the semifinals for the first time in over 25 years.

Clark’s game-winner lifted No. 4 Brusly to a 54-52 win over No. 12 Donaldsonville Thursday night in Brusly.

Brusly moves on to face No. 1 Madison Prep in the semifinals in Hammond. Madison Prep defeated No. 9 Loranger 46-25 Thursday night.

“I knew I had to persevere for my team because we were down and I was kinda in a bad mood, but I knew that helping out my team would make us persevere through,” Clark said.

The teams played each other on Dec. 30 and Brusly rolled to a 60-27 victory at home. Thursday night was a completely different game. The largest lead for either team was six points.

Tia Joseph’s 3-pointer gave Donaldsonville its first lead of the game at 14-12 heading into the second quarter. The Lady Tigers led by as many as five points in the first half and led 29-27 at halftime.

Brusly opened the third quarter on an 8-0 run capped by Anderson’s three that gave Brusly a 35-29 advantage with six minutes remaining in the quarter.

Donaldsonville came back and tied it at 35 thanks to Richard’s 3-pointer with 2:26 left in the third quarter.

Back-to-back buckets from Joseph and Layla Ester put the Lady Tigers ahead by three points at 50-47 with under two minutes to play.

Alayah Gedward hit two free throws with 1:27 left to give Brusly a 51-50 lead. Shauncey Joseph scored to put Donaldsonville up 52-51.

The Lady Tigers got a stop and went to the line and missed the front end of a one-and-one two consecutive times, which set up Clark’s game-winner.

“We played a hell of a game. We had some bad turnovers in critical points of the game,” said Donaldsonville coach Shawancy Joseph. “When we got down to the end, we couldn’t finish our free throws. We had two opportunities to close that game out and we couldn’t do it. I’m proud of my girls because they fought. They did everything we needed them to do. Even when we were down, we were able to battle back. We played a good team in Brusly. I’m proud of my girls and we’ll be back.”

Brusly celebrated by cutting down the net in the new gym. Lady Panther coach Shawn Bradford was ecstatic after the win but acknowledged that his team isn’t done.

“It’s a great feeling but the job’s not done,” said Brusly coach Shawn Bradford. “Hats off to Donaldsonville and the whole coaching staff. All those ladies came out and played their butts off. We played them earlier in the year. They could’ve folded. They could’ve come in here knowing we beat them by 30 earlier. They showed a lot of heart. Hats off to them.”