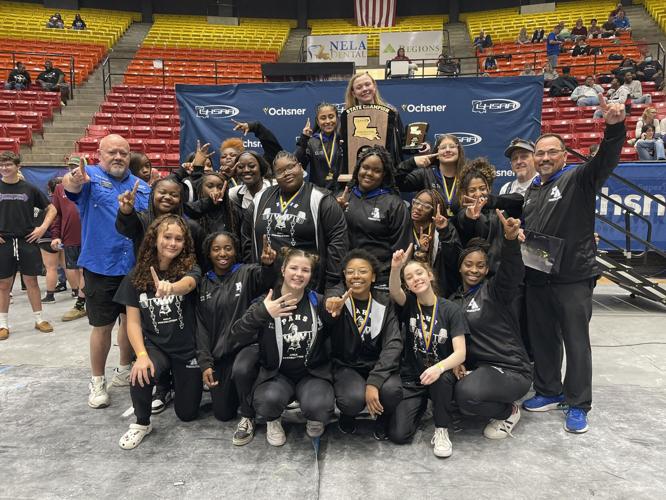 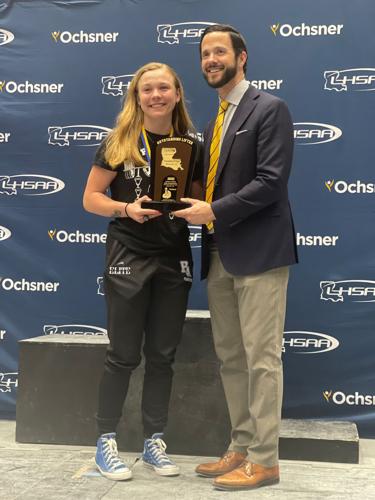 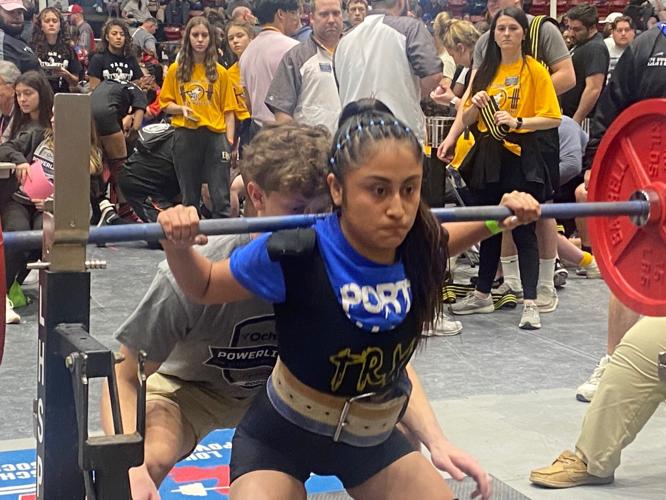 MONROE – Four years have not changed many things for the Port Allen girls powerlifting program.

“It was a great meet for us,” Port Allen head coach Brian Bizette said. “We built this team when we started this year and we had a great year with good leadership from the girls, who took ownership with the team.

“Hats off to these kids,” he said. “They put in many hours of hard work in the weight room, and they’ve been disciplined every step of the way – it paid off today.”

“We’re going to miss them,” Bizette said. “They left their mark on powerlifting at Port Allen.”

She broke four state records on the way to being named Most Outstanding Lifter.

She made history in February when she signed with Blue Mountain College, which made her the first PAHS student to sign a collegiate powerlifting scholarship.

The scholarship made it imperative to prove her worth at last week’s meeting, Alford said.

“This meet literally meant everything for me, knowing I was concluding my high school career and just being a leader, knowing I had to finish so strong as I begin my collegiate career,” she said. “I needed to go out with a bang.”

The Lady Pelicans also flexed their muscles in the 220-pound division, which was led by Corrine Purdue. She topped her weight class with a total 845 pounds, including 330 pounds each on the squat and dead lift and 185 pounds on the bench.

Kierra Talley led the super heavyweights with a total of 890 pounds – 340 on the squat and deadlift and 210 pounds on the bench.