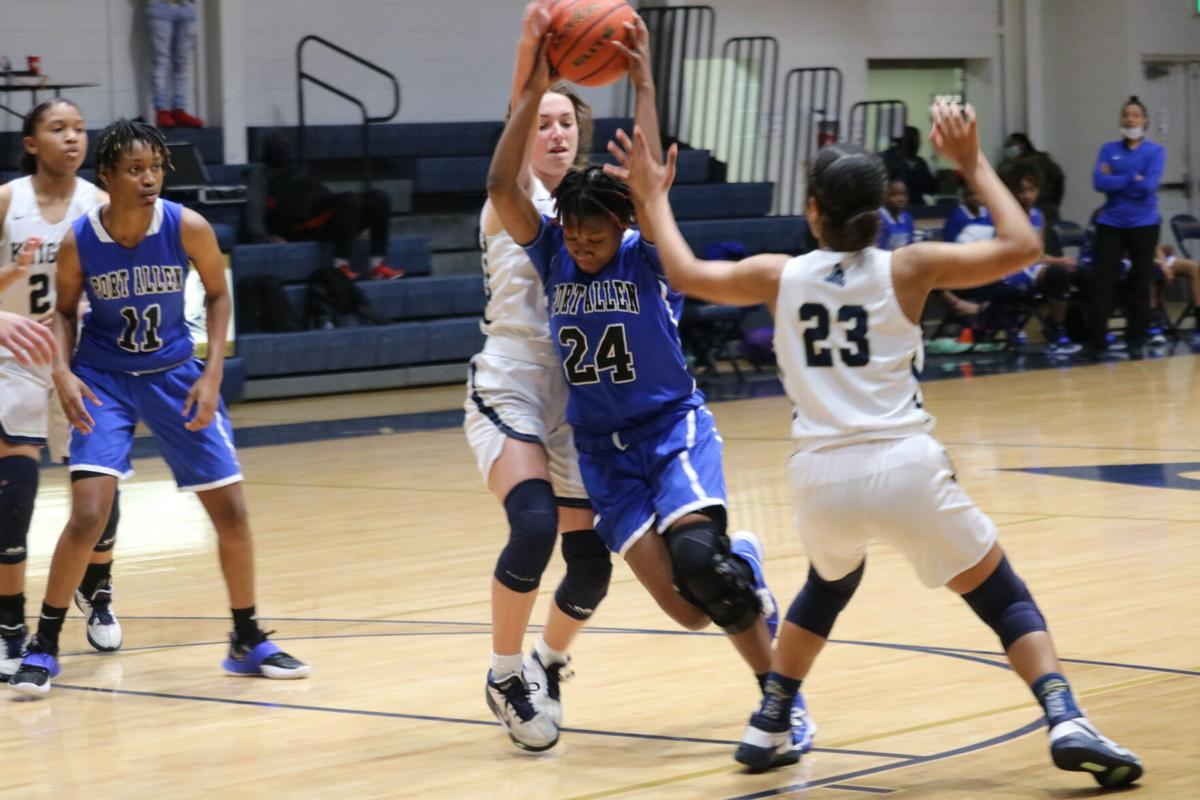 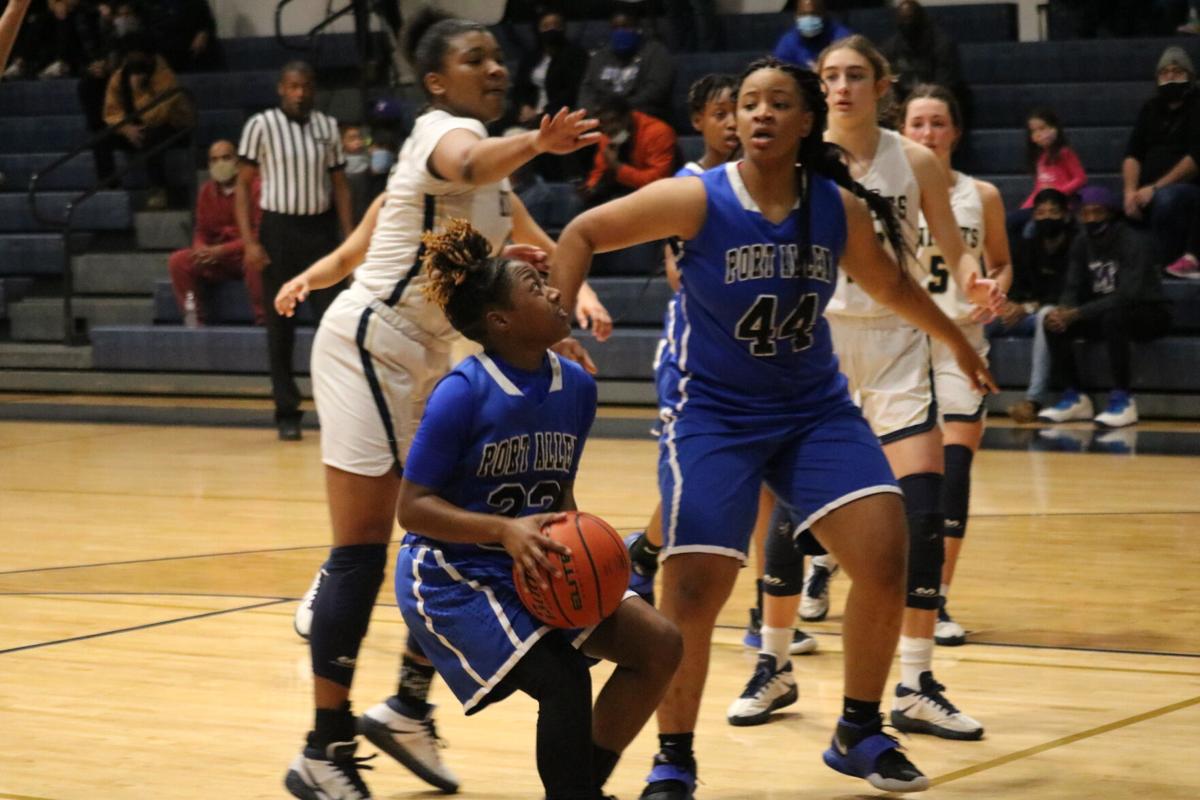 Port Allen's Trinity Harrison drives to the goal during Saturday's game against Episcopal.

Port Allen's Trinity Harrison drives to the goal during Saturday's game against Episcopal.

Port Allen came up short in its quest for the program’s second district title in three years.

Episcopal used a big third quarter to take control of the game and pull away for a 51-34 win Saturday afternoon in the District 8-2A championship game.

Episcopal grabbed a 14-6 lead early before Port Allen closed on a 4-0 run that put the score at 14-10 at the end of the first quarter.

The Lady Knights held a 21-14 lead early in the second but Port Allen responded with a 8-1 run capped by Pierson’s jumper that tied the game with two minutes left to play before halftime.

Episcopal went into halftime holding on to a 24-22 advantage.

Episcopal went on an 18-0 run that spanned through parts of the fourth quarter that put Port Allen down 47-27 at that point.

“It came down to having heart for me,” Cox said. “Some of the things we weren’t doing was just simple heart and effort. That was not OK. All credit to Episcopal. That’s a good team. They’ll be playing for a championship I”m sure. For a half it was a hell of a game. In the third quarter we let it slip away. We gotta take the lesson from it and get better.”