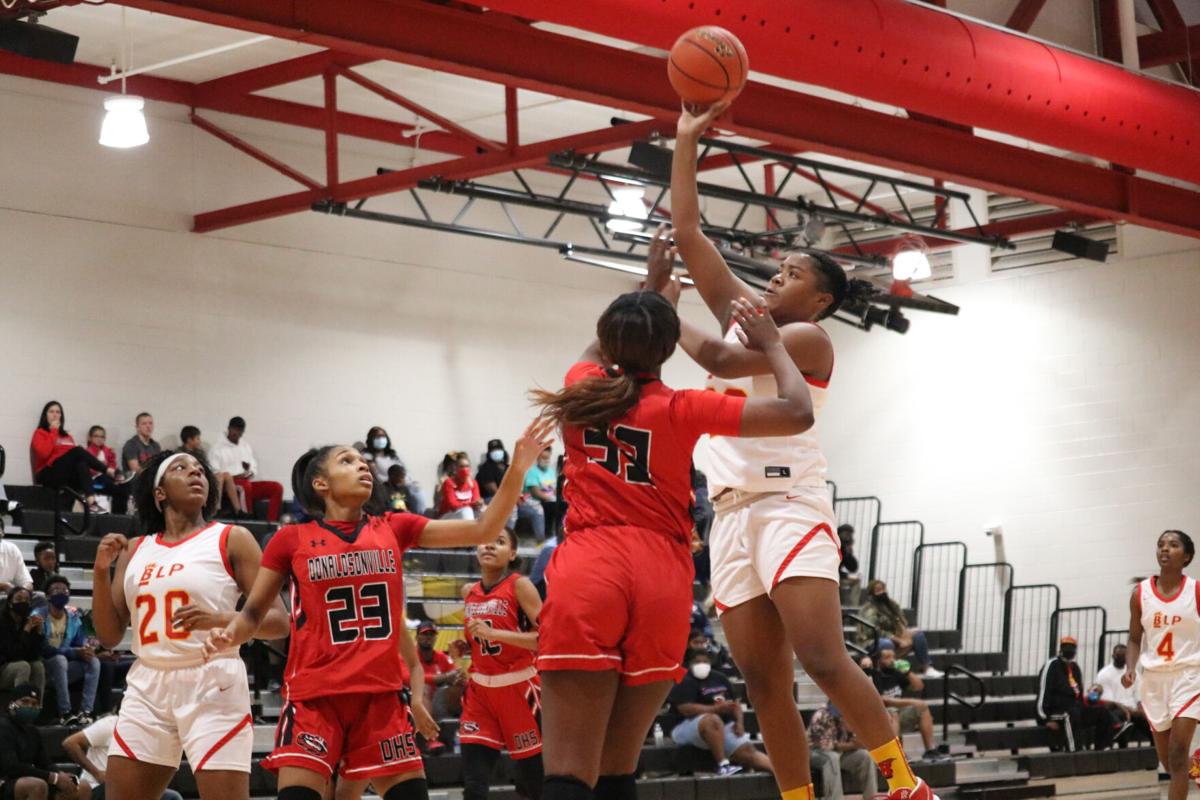 Brusly's Tia Anderson attempts a shot over a Donaldsonville defender during a 60-27 win last Wednesday. 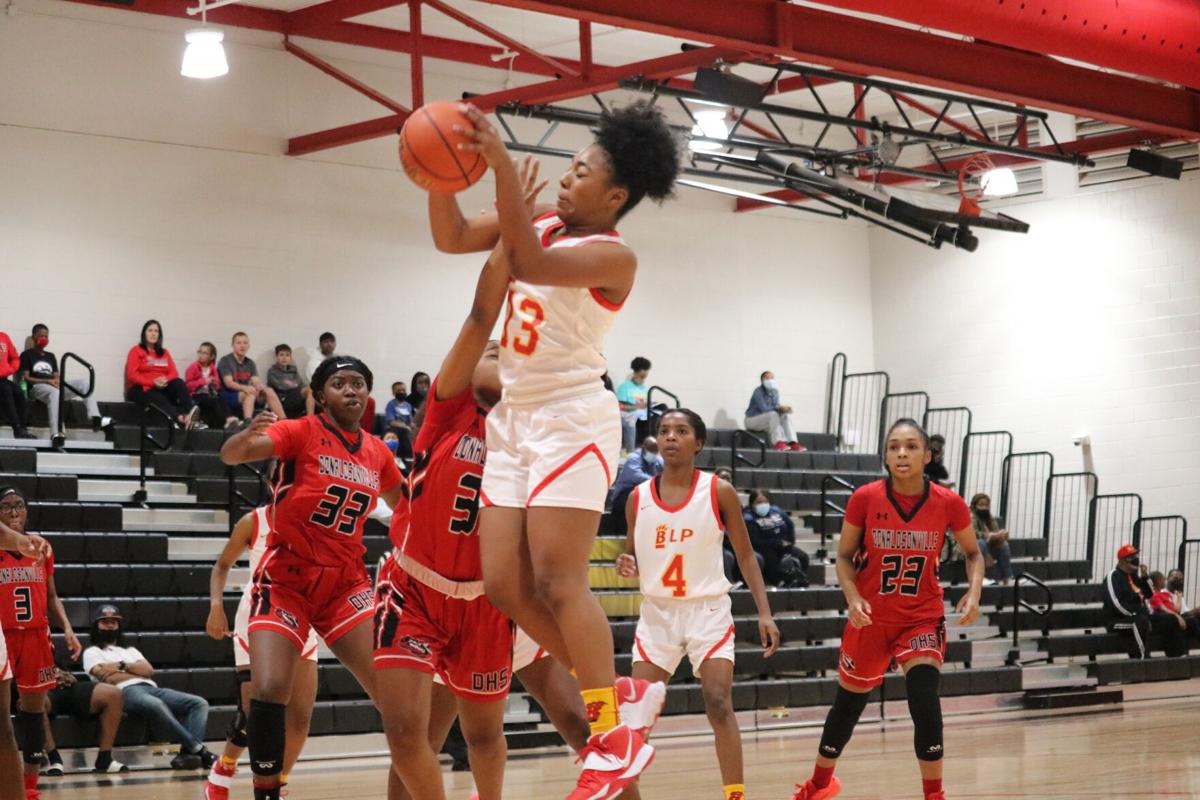 Brusly's Laila Clark battles for a rebound during Brusly's 60-27 win over Donaldsonville.

Brusly's Tia Anderson attempts a shot over a Donaldsonville defender during a 60-27 win last Wednesday.

Brusly's Laila Clark battles for a rebound during Brusly's 60-27 win over Donaldsonville.

Brusly built a big lead early thanks to its defense and cruised late to a big 60-27 victory over Donaldsonville last Wednesday night.

“I think they played well,” Brusly coach Shawn Bradford said after the win. “They did a good job on defense and we were able to execute some things we wanted on offense.”

Brusly jumped out to a 16-4 lead at the end of the first quarter and that lead jumped to 36-15 heading into halftime.

Brusly continued to extend its lead in the third and the Lady Panthers led by as many as 37 in the game.

Laila Clark led the way with a game-high 24 points, 16 of which came in the first half. Tia Anderson chipped in with 18 points.

“You look at our record and it’s 12-7,” Bradford said. “Five of those games we lost, we could’ve won because we were right there. We have a young team, but we’re ahead of the curve.”