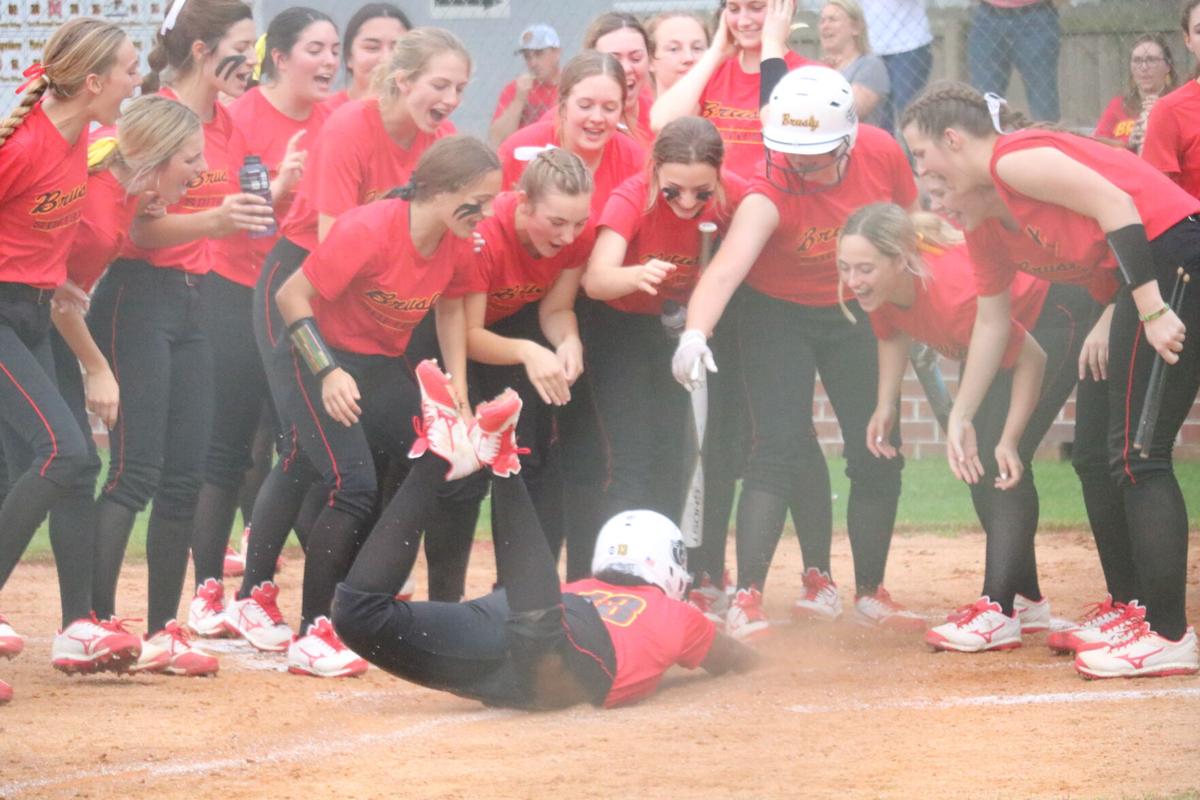 Brusly's Laila Clark slides into home plate as her teammates celebrate her solo home run during Friday's game against Kaplan. 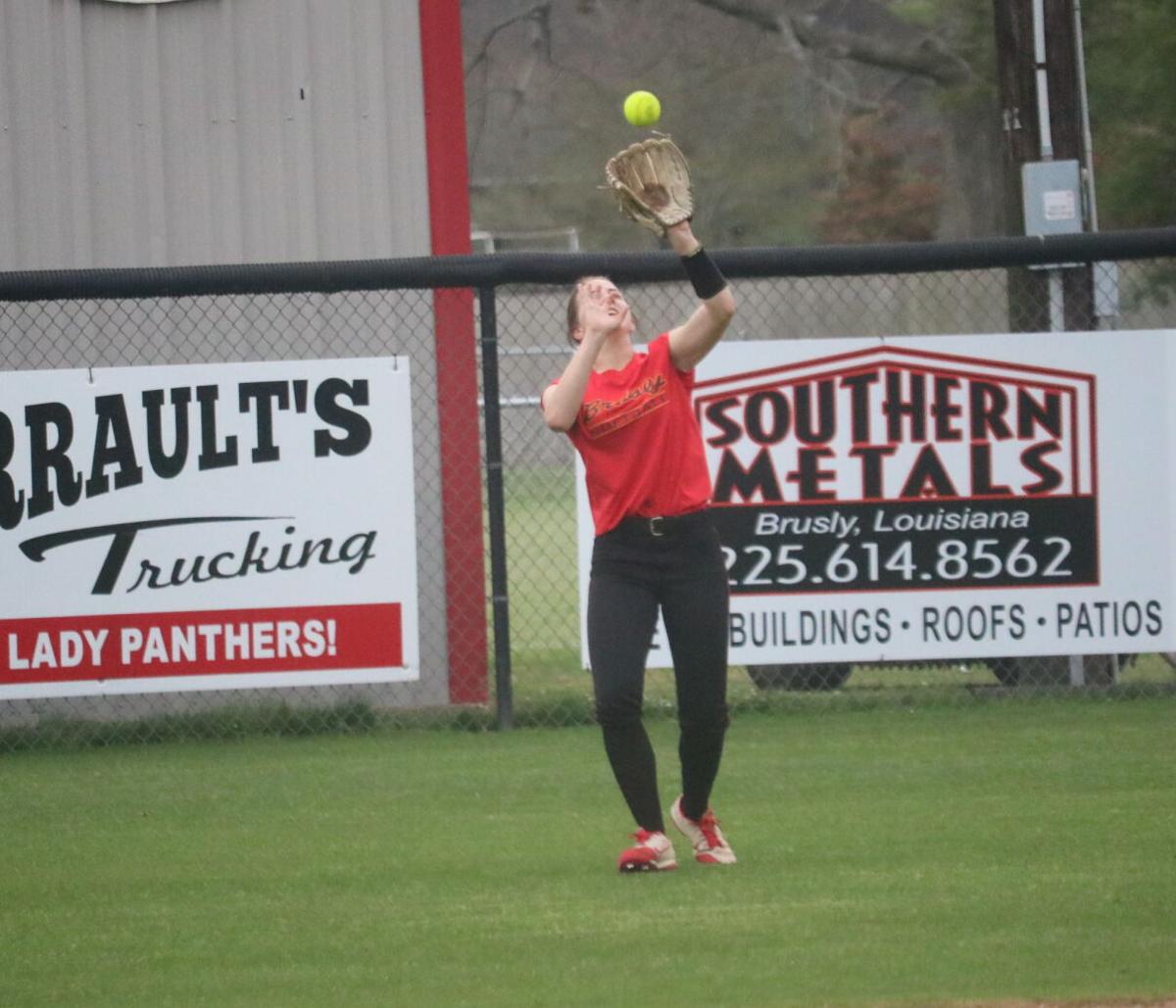 Brusly's Laila Clark slides into home plate as her teammates celebrate her solo home run during Friday's game against Kaplan.

Brusly battled back from a 5-1 deficit and had a chance to win the game in the seventh inning with runners on first and second with no outs, but the Lady Panthers came up short.

Kaplan, the No. 3 ranked team in Class 3A, got out of the jam and held on for a 6-5 win Friday evening in Brusly.

“This is playoff softball right here,” said Brusly coach Beau Bouvier. Two good teams going at it. We gave them too many chances at the beginning. They got a big lead and they held on. When we have runners at first and second with no outs, we have to put the ball in play. No matter what, we have to put it in play, and we didn’t do that.”

Kaplan (18-3) put two runs on the board in the first inning. The Lady Pirates scored on a Brusly error and Noble Hebert’s sacrifice fly for a 2-0 advantage.

Laila Clark hit a solo home run to left field in the bottom half of the first to cut the deficit to 2-1. Kennedy Marceaux’s solo home run in the second inning extended Kaplan’s lead to 3-1.

Meah Meaux’s double to left field scored a run and put Kaplan ahead 5-1 heading into the bottom of the third.

Brusly (14-9) scored two in the fourth and one in the fifth before Britt Bourgoyne’s RBI single in the seventh brought the Lady Panthers to within one run.

Amelia Bouvier got the start at pitcher for Brusly. She tossed a complete game, allowing six runs on six hits with five strikeouts.

“It proves we got fight,” coach Bouvier said of Friday’s clash. “It proves we’re willing to fight, and it proves that we’re on even keel with them. They (Kaplan) didn’t make many mistakes. We did. I like our chances. I really do.