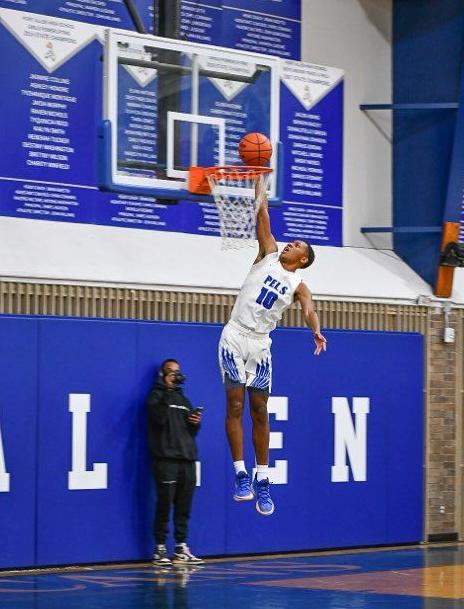 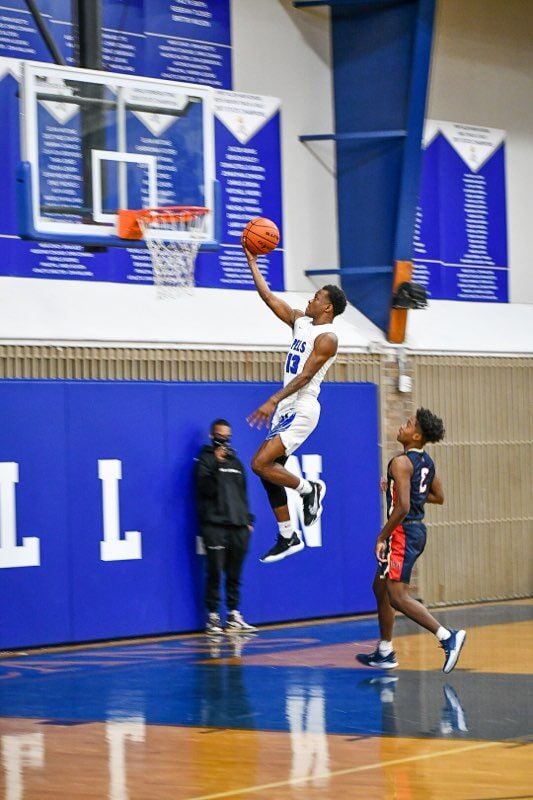 Tawasky Johnson scores two of his game-high 23 points during a game against Liberty last week.

Tawasky Johnson scores two of his game-high 23 points during a game against Liberty last week.

Port Allen battled foul trouble and a tough opponent, but the defending champs found a way to win, securing a 75-69 over Liberty Thursday night in Port Allen.

The Pelicans led by 12 points in the fourth quarter, but the team saw its lead dwindle to two points with less than one minute left before the team held on to earn its eighth win of the season.

Tawasky Johnson had a game-high 23 points before fouling out with 3:53 left in the fourth quarter. Three other Pelicans scored in double figures. Jordan Brooks added 14 points and Jeremiah Dehon and Kentae Williams scored 12 and 11 respectively.

“I thought it was a great team win,” said Port Allen coach Derrick Jones. “Obviously Tawasky played really well. I thought other guys stepped up, especially after he fouled out. I thought we did a pretty good job defensively until the end. Everybody contributed and it was good to see us pull it out at the end.”

Johnson’s bucket later in the quarter put the Pelicans up 12 before entering the fourth with a 55-45 advantage.

Dehon drained a three that put Port Allen ahead 60-48 before Liberty went on a 9-0 run to cut the deficit to three points.

Brooks drilled a clutch 3-pointer that extended Port Allen’s lead to six. Brooks drained another three that extended the lead to 69-62 with 3:25 left in the game.

Liberty stormed back and cut the deficit to 71-69 with 1:50 left. The Port Allen defense earned a stop and Dehon hit two free throws to keep the game out of reach.

“Since I’ve been here, the biggest thing I’ve always learned is that we have some resilient kids,” Jones said. “Our kids handle adversity well. They don’t linger in the negativity. They move on quickly and we were able to do that and it helped us out. You hear the phrase next man up and the guys have embraced that. They don’t make excuses. They just go out and go to war.”