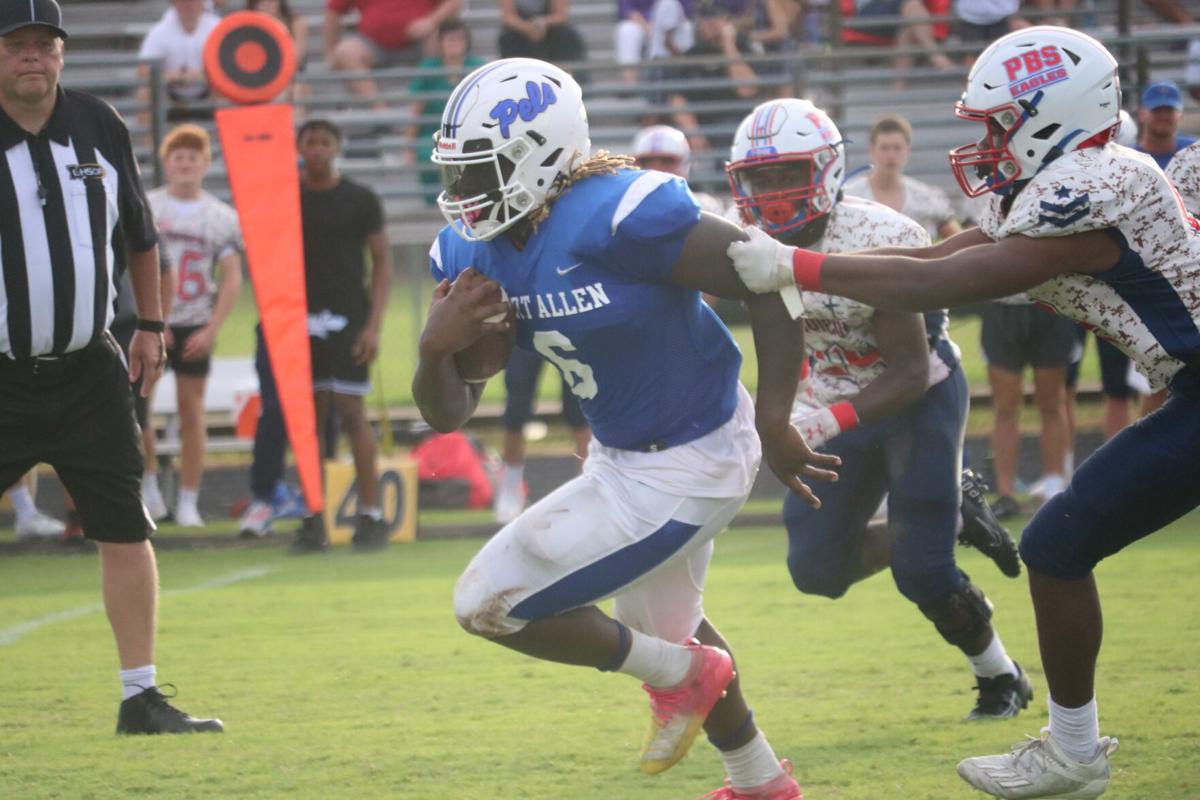 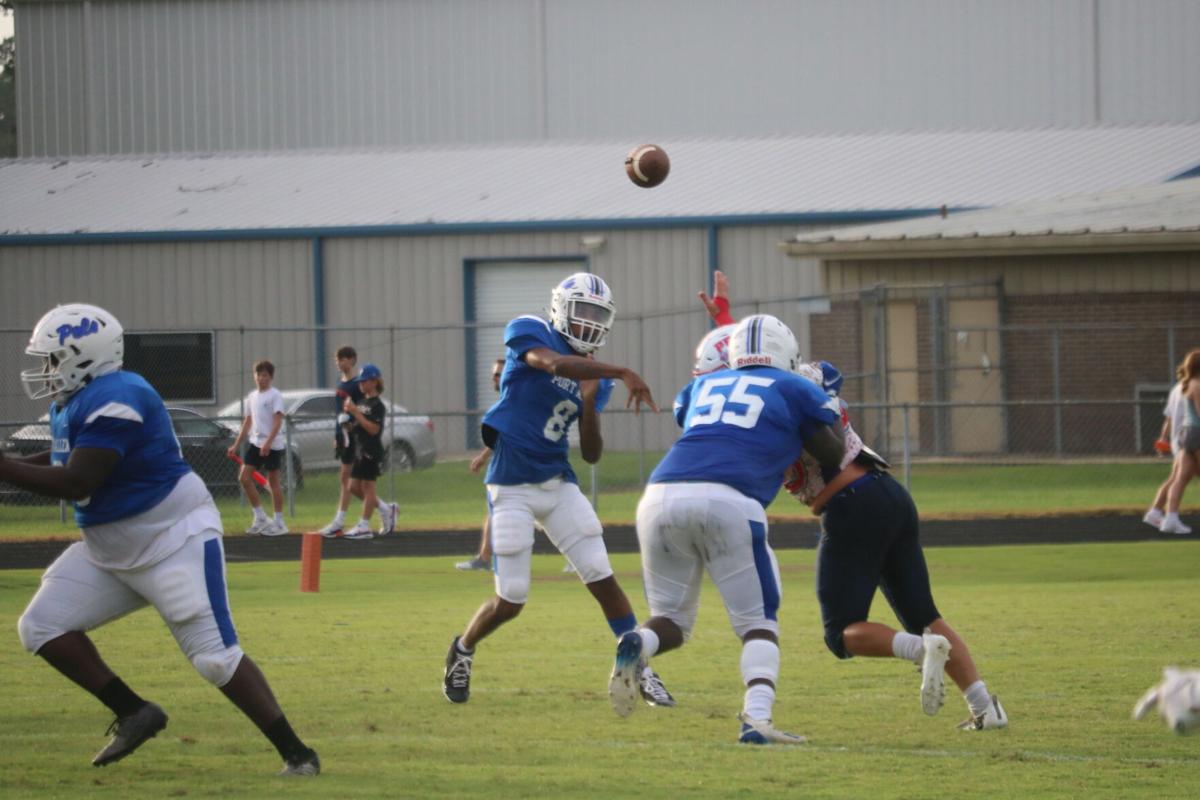 The first look at the Port Allen High football team came in the form of a scrimmage against Parkview Baptist at home Friday evening.

The Pelican defense caused problems for the Parkview offense all evening, while the Port Allen offense began to click at the end and capped off the night with Jeremiah Dehon connected with Stephen Springer on a 50-yard touchdown pass on the final play.

“They definitely did a good job of executing the plan,” Port Allen coach Don Gibson said. “I thought these guys came out and played hard. I’m super proud of them. Proud of the way they came out and competed. Of course, with your first scrimmage there’s some things you have to fix.

“The way these guys came out and competed, I appreciate them, I love them,” he added. “I think we have a really good football team this year. We lost a lot last year, but I tell people I’m kinda giddy about what this team can do. We aren’t a finished product. We got a long ways to go but I think if we can continue to work and keep our focus, we got a chance to do some good stuff this year.”

Port Allen had a chance to score after driving into the red zone, but a fumble ended the drive.

Even though opposing defenses couldn’t tackle the quarterbacks in the pocket, the Port Allen defense earned at least three sacks and applied constant pressure throughout the contest.

“Defensively, I love the way the guys play,” Gibson said. “I’m the one who runs the defense so I can say they kinda take my attitude about the way we do it and the passion I want them to play with. We got some things to fix but I like where we’re headed.”

Despite losing several key players from last year’s quarterfinal squad, Gibson said this year’s team seems to be ahead of schedule at this point in the season compared to last year.

“I think we’re a step ahead of where we were last year even though we still have a long way to go. I think we’re making strides,” he said. “You’re not going to win a championship in the scrimmages and the jamborees. We want to make sure we’re getting to where we want to be starting that Week 1 game against Brusly.