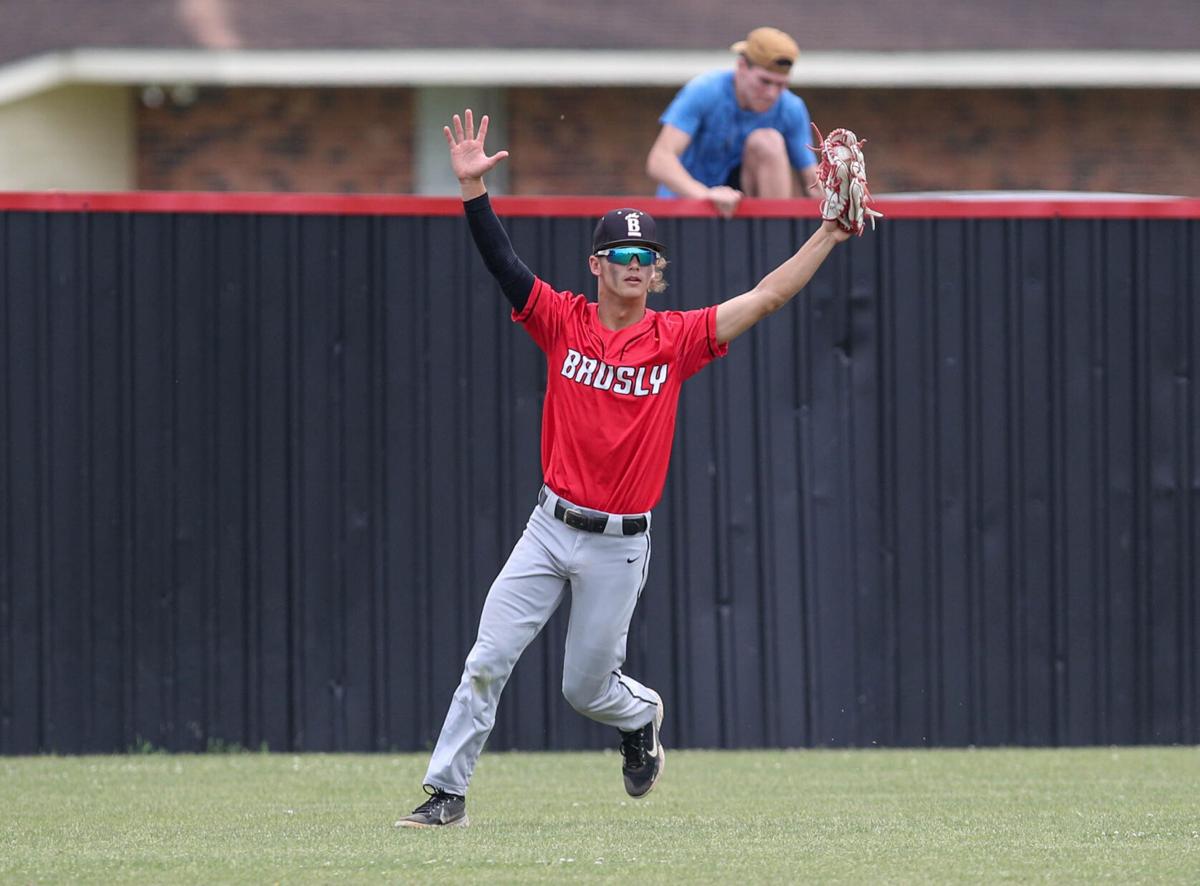 Brusly centre fielder Blane DiBenedetto celebrates after catching the final out in Saturday's series-clinching win over Jennings. The Panthers advance to the quarterfinals to take on No. 2 South Beauregard. 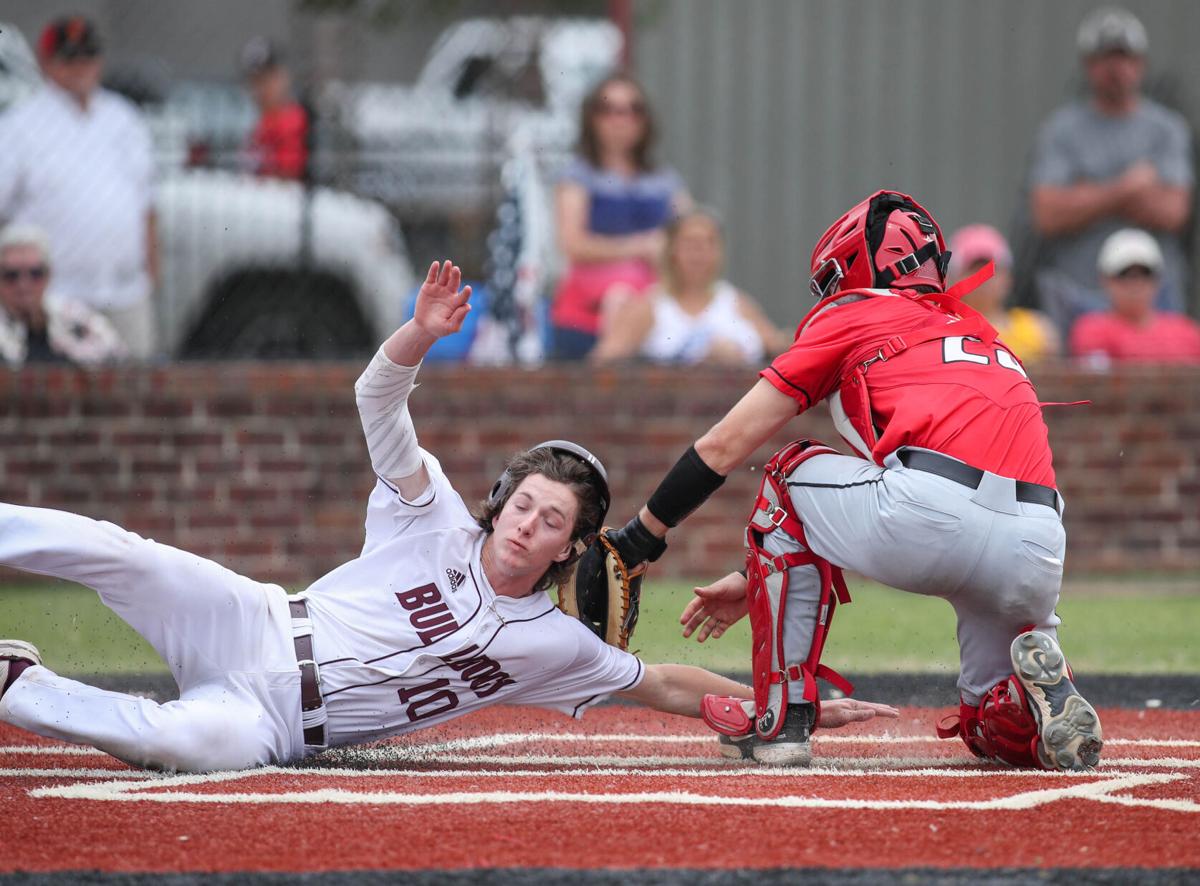 Brusly catcher Michael Curry attempts a tag on a Jennings baserunner during Saturday's game in Brusly. 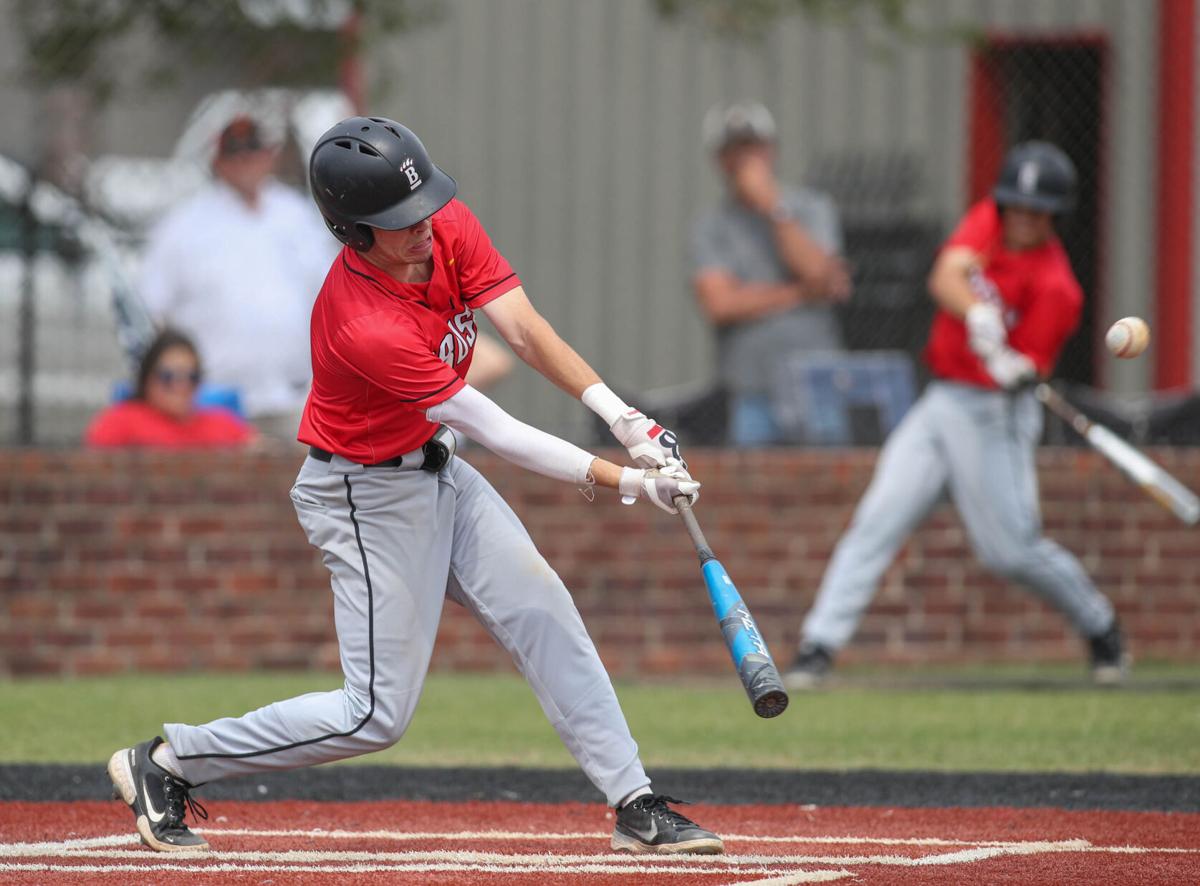 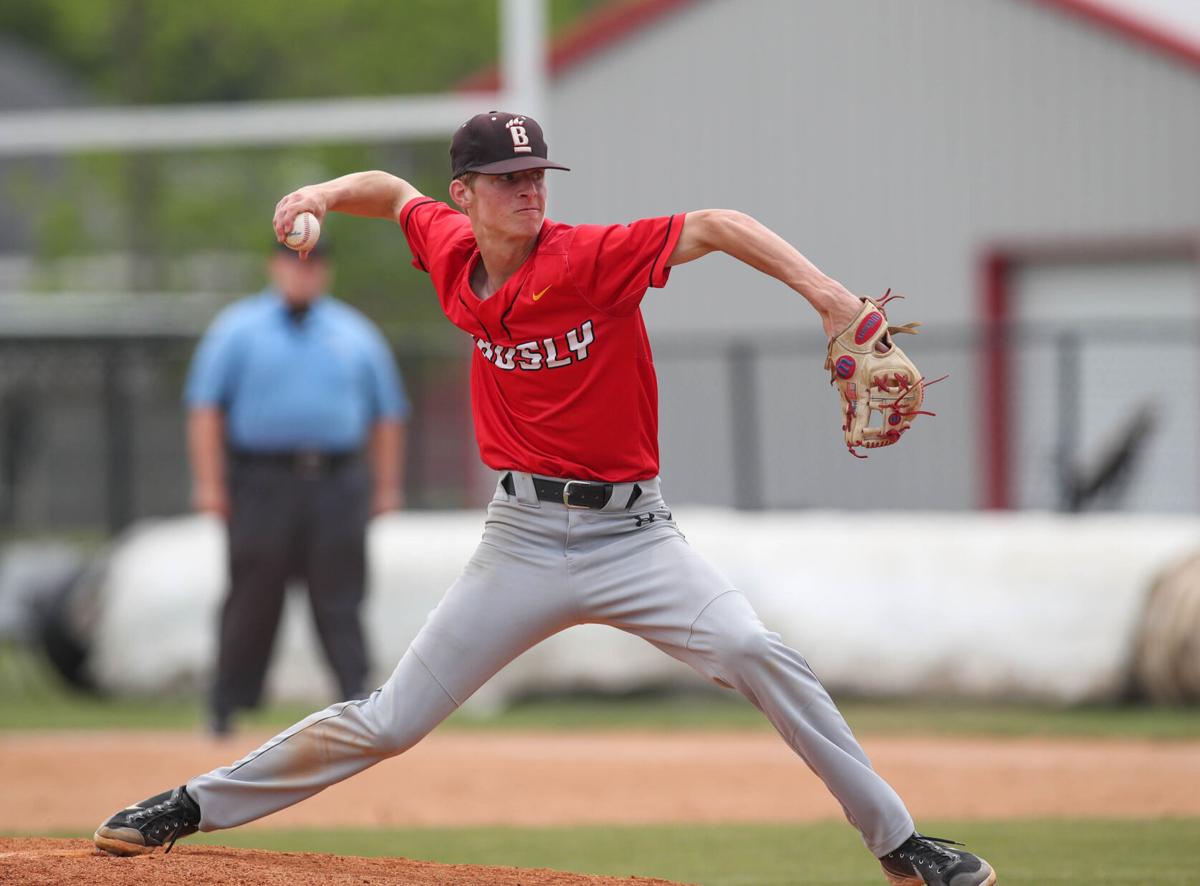 Brusly centre fielder Blane DiBenedetto celebrates after catching the final out in Saturday's series-clinching win over Jennings. The Panthers advance to the quarterfinals to take on No. 2 South Beauregard.

Brusly catcher Michael Curry attempts a tag on a Jennings baserunner during Saturday's game in Brusly.

Jennings fought hard to force a potential Game 3, but Brusly had other plans.

The Bulldogs overcame an early deficit to tie the game, but thanks to three runs in the eighth inning, Brusly came away with a 7-6 win at home to clinch the series victory Saturday afternoon in the second round of the Class 3A playoffs.

Michael Curry’s single to left field broke the 4-4 tie in the top half of the eighth, before Aiden Braud sent a double to left that extended the lead to 6-4.

The Panthers tacked on another run before Jennings clawed back and scored two runs to cut the deficit to 7-6.

Braud forced a Jennings hitter to flyout for the third out.

“We’ve got a great group of guys that understand,” said Brusly head coach Mike Forbes. “It matters to them a lot. They wanted this pretty bad. A senior group that’s been playing together for a long time and they got last year taken away from them and they wanna go out the right way. I’m proud of them.”

The Panthers advance to the quarterfinals for a best-of-three series against No. 2 South Beauregard, which begins Friday.

Brusly won Game 1 of the series Friday night by a score of 6-1.

Jennings grabbed an early lead in the first inning after Lane Kratzer flew out into a double play, but a run scored.

Nic Jones drew a bases-loaded walk in the third for Brusly’s first run. The next batter, Greyson Michel, drew a walk and Brusly claimed a 2-1 lead. The lead ballooned to 4-1 after Mason Chauvin’s single to center field.

Jennings tacked on two runs in the fourth and one in the fifth to tie the game.

Braud earned the win on the mound for Brusly. He pitched four innings and allowed three runs on five hits with six strikeouts.

“We had a good game plan going in and we were ready to go,” Forbes said. “That was their best guy that started. The resiliency once the lead was given up to not lose it. It was hard for me to go to Aiden Braud early because I didn’t want ruin him for Game 2 today. It was a hard decision but when you got the lead you have to give the ball to your guy and he’s been our guy.”

Chauvin led the way for Brusly with two RBIs.