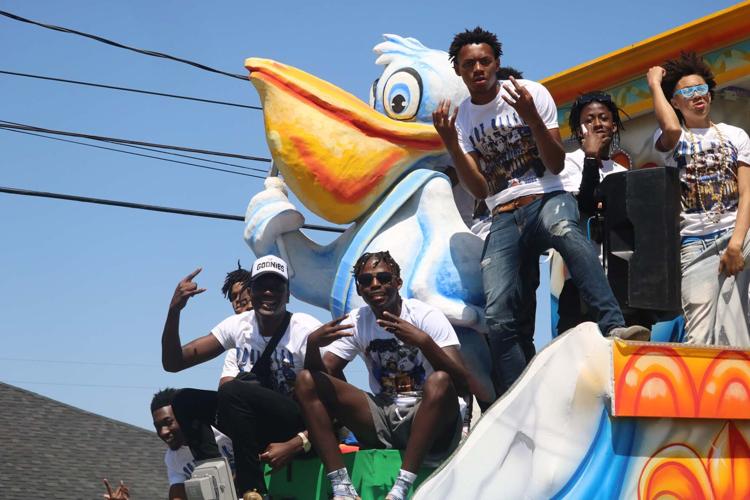 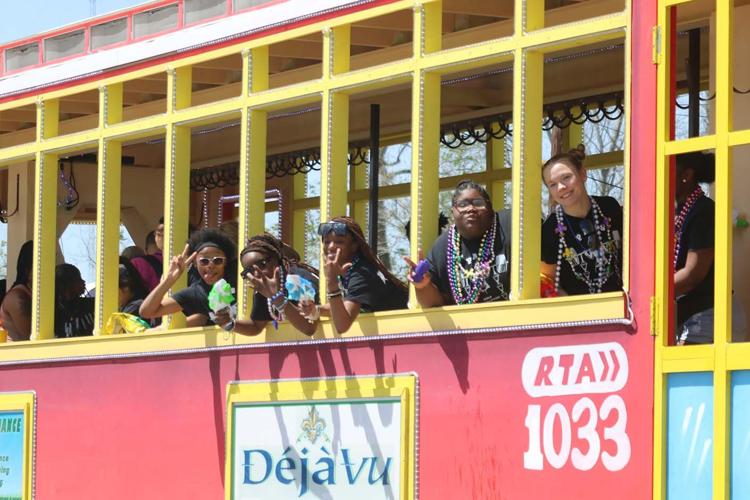 Members of the Port Allen girls powerlifting team celebrate during Sunday’s parade in Port Allen. The team won its  fourth straight  championship in March and the program’s ninth overall.

Members of the Port Allen girls powerlifting team celebrate during Sunday’s parade in Port Allen. The team won its  fourth straight  championship in March and the program’s ninth overall.

For the second straight year, the city of Port Allen gathered to honor its champions.

The 2022 edition of the Champions Parade, celebrating the championship seasons of the Port Allen High boys basketball and girls powerlifting teams rolled through the city Sunday afternoon.

Both programs are in the midst of dynastic runs. The basketball team captured its third straight title in March, while the powerlifting squad earned the program’s ninth state title last month.

Sunday’s parade started at city hall and ended at William and Lee Park.

“We gotta give credit to God,” said boys basketball coach Dimario Jackson Sr. “This community is amazing. The players, the administration, the school, the city of Port Allen, this whole community deserves this. Everybody deserves this moment. We need this positivity in our community. It’s a great thing for everybody to come together and be on one accord.”

Jackson helped lead the Pelicans to a championship in his first season as a head coach.

The turnout Sunday was evidence to what Jackson and other Port Allen coaches have said about the community.

“In my opinion we have the best fans in the state,” he stated. “This is just a testament to it with the amount of people out here just enjoying each other and having a good time.”

Brian Bizette and the Lady Pel powerlifters dominated the competition this season, not losing a single meet.

Coming off a 2021 championship and losing only one senior, Bizette was confident in his team heading into this season and he was right to be.

“It was an awesome year, an undefeated year,” he said. “We didn’t lose a meet. A great group of girls, probably one of the strongest teams I’ve coached in a long time. The event is great. You want to reward success because success breeds success. With today’s society and where kids are, the more we can put positive things, the better we are as a group.”

The lone seniors on the team were Alexis Alford and Sulma Camaja. Alford competed in the 148-pound weight class and set four state records on the way to being named the most outstanding lifter for a second year in a row.

Camaja competed in the 97-pound weight class and she did not lose a meet in her entire high school career.

“I’m losing my 148 and my 97,” Bizette said. “My 97 never lost a meet in her career and my 148 was outstanding lifter two years in a row. It’s going to be hard to replace those type of kids but I think our future is great. We have some good kids that’s sitting in the back ready to take that step forward. We’re going to miss them.”