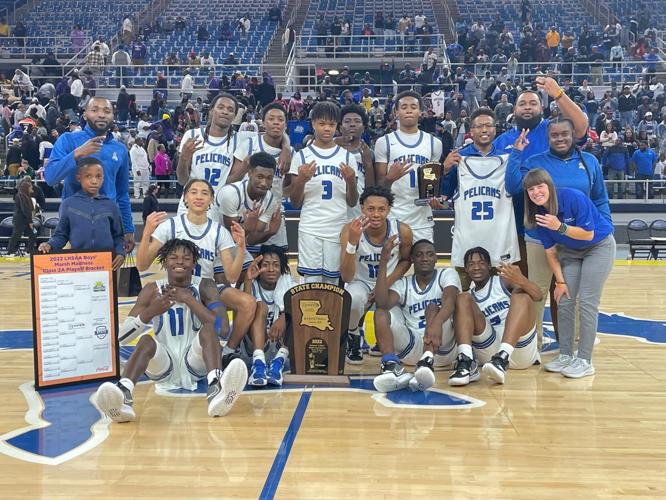 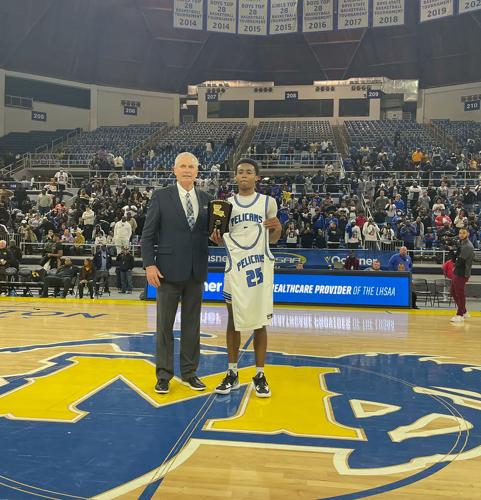 Port Allen's Elliot McQuillan was named the state championship game's Most Outstanding Player after scoring 25 points and pulling down 11 rebounds.

Port Allen's Elliot McQuillan was named the state championship game's Most Outstanding Player after scoring 25 points and pulling down 11 rebounds.

A slow start didn’t faze the two-time defending champs and for the second straight game, the second quarter proved to be a turning point in a pivotal game.

The game’s Most Outstanding Player Elliot McQuillan scored 25 points and grabbed 11 rebounds to lead Port Allen to its third consecutive 2A state title with a 67-49 win over Amite at the LHSAA nonselect boys basketball tournament Saturday night at Burton Coliseum.

“We asked them one question (after Thursday’s semifinal win). Are you satisfied? Or do you wanna go head and finish,” said Port Allen’s first-year coach Dimario Jackson. “Our message was we didn’t get this far to not finish the job. These guys did a really good job of getting in practice on Friday. It don’t surprise me that these dudes went out and played like they just did.”

Ji’Siah Fernandez had a three-point play early in the quarter that seemed to jumpstart the Pelican offense. McQuillan’s three-point play with 5:49 remaining in the first half gave Port Allen its first lead at 17-15.

Jemerick Jordan’s shot extended Port Allen’s lead to 22-15 before Amite went on a short spurt to trim the deficit to 23-22. Howard’s layup with 15 seconds gave the Pelicans a three-point cushion at halftime.

Lewis’ reverse layup capped a Port Allen 11-3 run to start the second half and pushed the Pelican lead to 36-25 with 3:30 left in the quarter.

Amite it got to within single digits once in the third quarter after that point. Port Allen led by 10 heading into the fourth.

After holding Rayville to a sub-par field goal percentage, the Port Allen defense forced Amite to shoot less than 35 percent for the game.

“One thing we’ve been talking about since scrimmage No. 1 is being really good one-on-one defenders and when you have a team of good one-on-one defenders with the rim protection we have, it’s just hard to score on us when we’re locked in on defense,” Jackson said. “We talked about letting our defense turn into our offense and that’s what we started to do when we settled in.”

Sorry, there are no recent results for popular images.