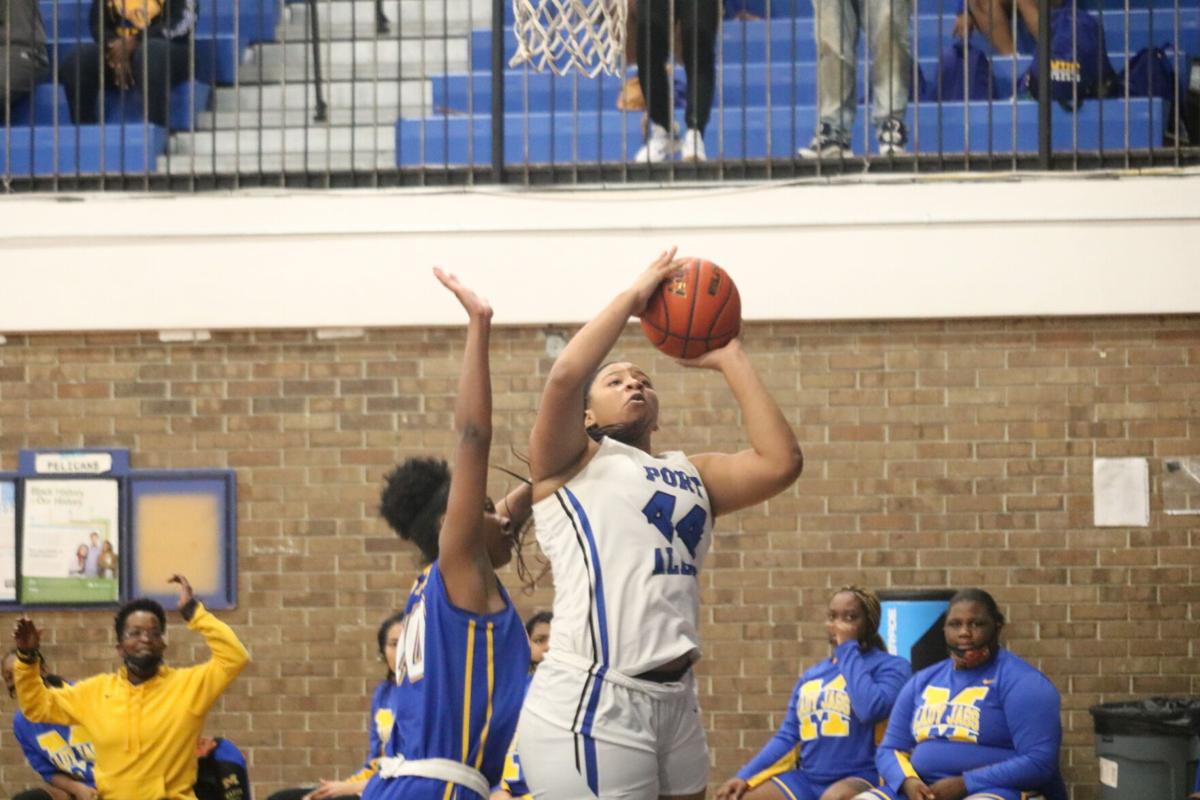 Port Allen's Lyric Nelson makes a bucket over a Madison defender during Saturday's first round win. 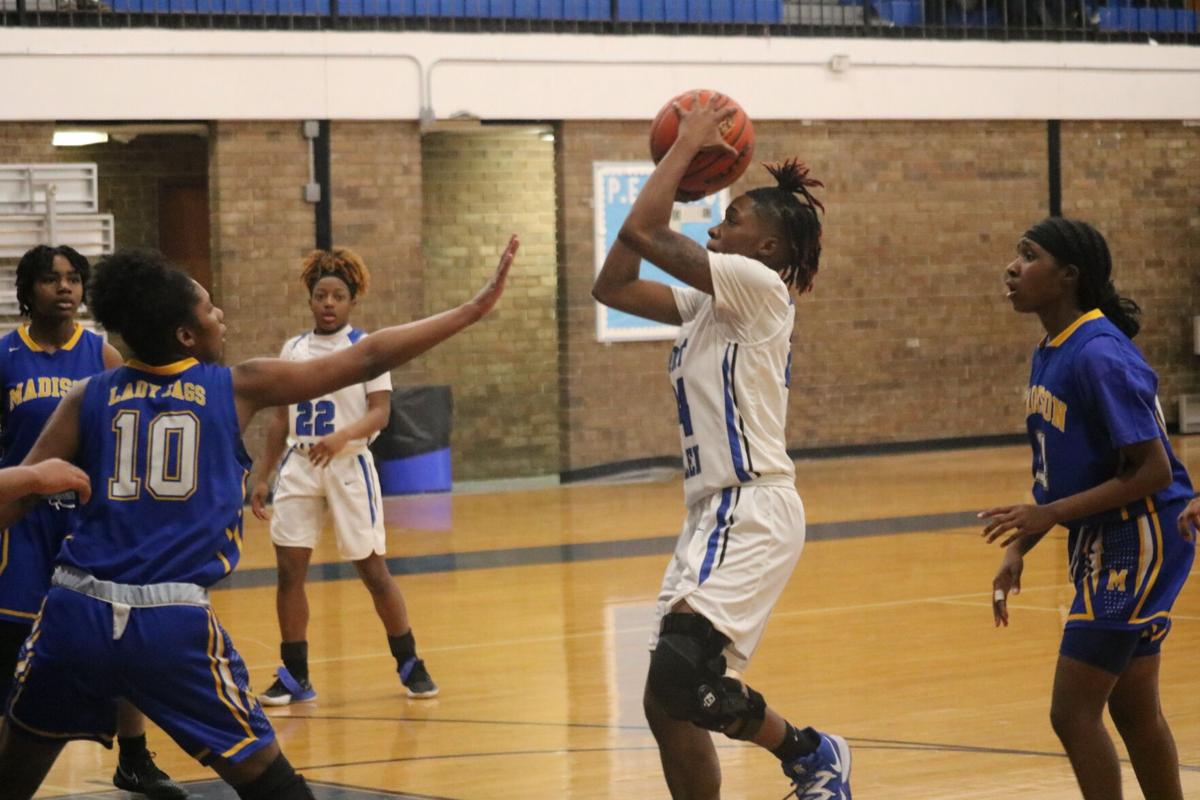 Port Allen's Lyric Nelson makes a bucket over a Madison defender during Saturday's first round win.

The third time was the charm for Kim Cox’s Port Allen squad.

After earning playoff spots but failing to advance the last two seasons, No. 12 Port Allen held off No. 21 Madison 35-33 Saturday afternoon in Port Allen.

Lyric Nelson led Port Allen with 11 points and Braylah Pierson added 10 points to help Port Allen advance to the second round to take on No. 5 Avoyelles Public Charter on the road.

“I said it was going to come down to who was going to play the hardest and hustle,” Cox said. “We did it. We got that one extra that we needed. We just couldn’t hit free throws in this game for some reason. Braylah found a way to knock one down for us and help us out. It was just a good team win.“

Port Allen held a 15-13 lead at halftime before Naturi Scott hit back-to-back threes that extended the lead to 21-13 early in the third quarter.

Madison closed the quarter on a 13-5 run that tied the game at 26 heading into the fourth quarter.

Ikeia Davis drilled a three 30 seconds into the fourth that gave Madison its first lead of the game at 29-28.

Nelson grabbed an offensive rebound and converted a bucket to tie the game at 33 with two minutes left to play.

The Lady Pelican defense held Madison scoreless while Nelson and Pierson both went 1-of-2 at the free-throw line to close out the game.

Port Allen shot 9-of-28 from the free-throw stripe.

“I’m just so happy for our program, just getting that weight off of us,” Cox stated. “Year after year it’s been make the playoffs. We made it, now it’s been getting past that first round. We’ve finally done it now let’s give ourselves one more chance and see how far we can roll with this thing.”