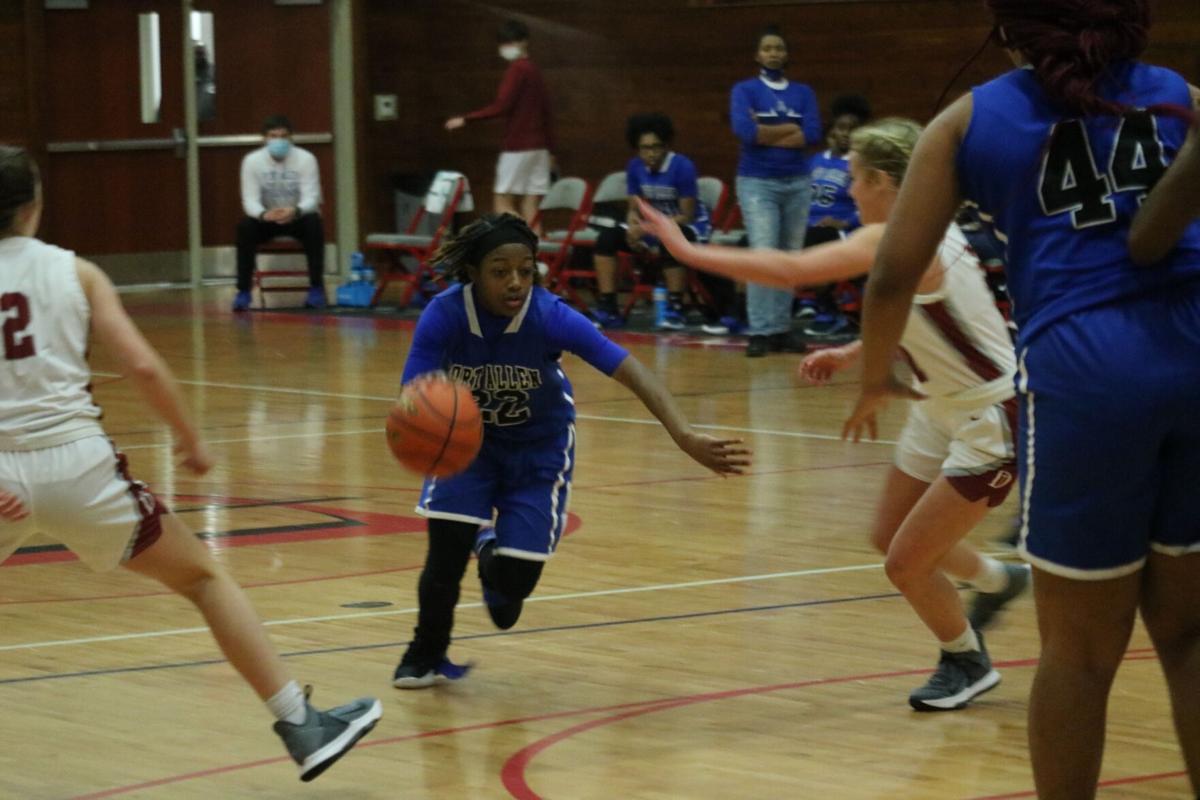 Trinity Harrison drives to the hoop during Friday's win over Dunham. 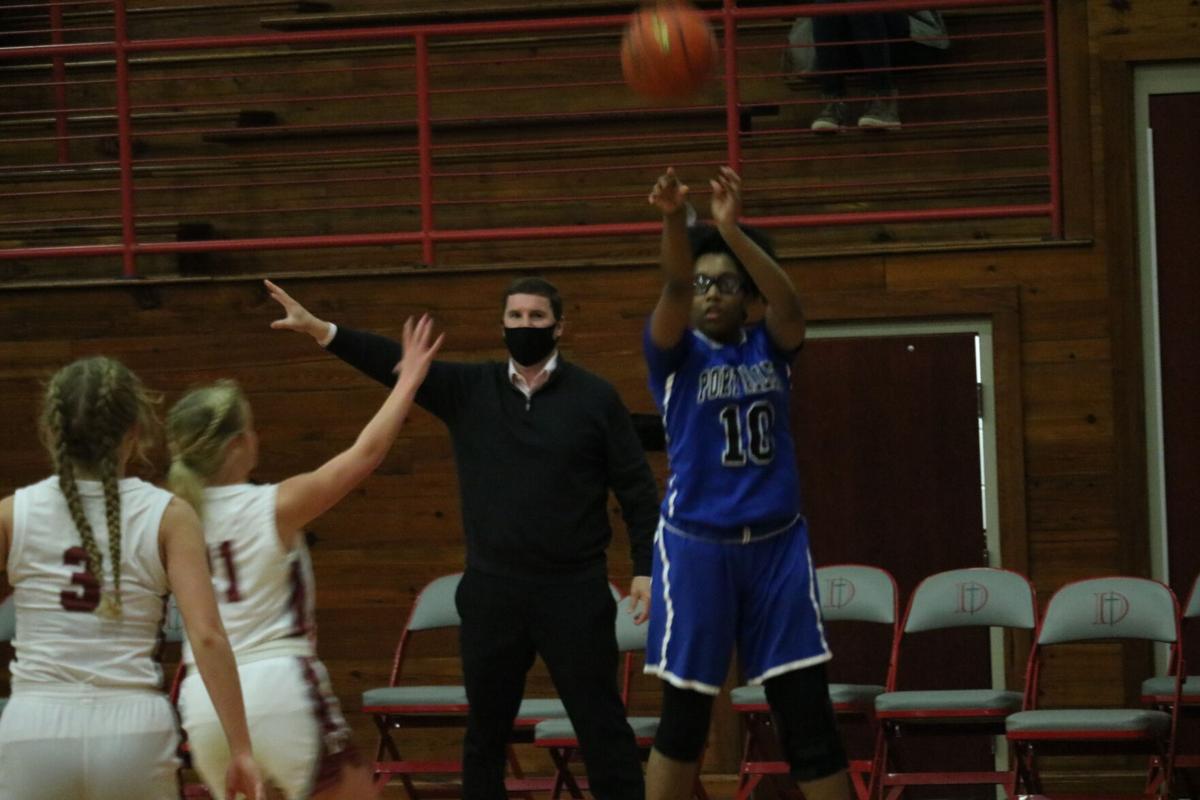 Trinity Harrison drives to the hoop during Friday's win over Dunham.

Port Allen overcame a slow start and a double-digit deficit to take down Dunham 38-34 Friday night at Dunham.

Port Allen (5-5) gained momentum in the third quarter thanks to a box-and-one defense that stifled the Lady Tigers. Dunham scored 13 points in the second half.

“We wanted to play the box-and-one from the beginning. At the beginning it wasn’t working because we just weren’t moving our feet,” said Port Allen coach Kim Cox. “After halftime, they listened. Everybody started figuring out where they were supposed to be and got a little more comfortable with it and we just started moving our feet and it started working for us.”

Naturi Scott drained the first points of the game on a 3-pointer before Dunham scored the next nine points to claim a 9-3 lead at the end of the first quarter.

Trinity Harrison hit back-to-back threes early in the second quarter that helped trimmed the deficit to 13-12.

Dunham extended its lead to 10 points at 24-14 early in the third after a 3-pointer. Port Allen closed the quarter on a 16-2 run capped by Braylah Pierson’s three at the end of the quarter that sent the Lady Pelicans into the fourth quarter with a 30-26 lead.

Harrison drilled a three in the fourth quarter that extended the lead to seven points and Port Allen held off the comeback.

“The swing was huge in large part because of Trinity,” Cox said. “Trinity had a hell of a game. That’s the type of effort and type of play we want from her and that she’s capable of every game. It’s just a matter of her being confident and believing in herself like we believe in her. We came out and started fighting a little bit. I think in the first half, we just showed up and in basketball you can’t just show up. We gotta have some heart, we have to play a little bit harder and we have to find ways to win in tough environments like this.”

Harrison led the way with 15 points. Lyric Nelson chipped in with eight points.