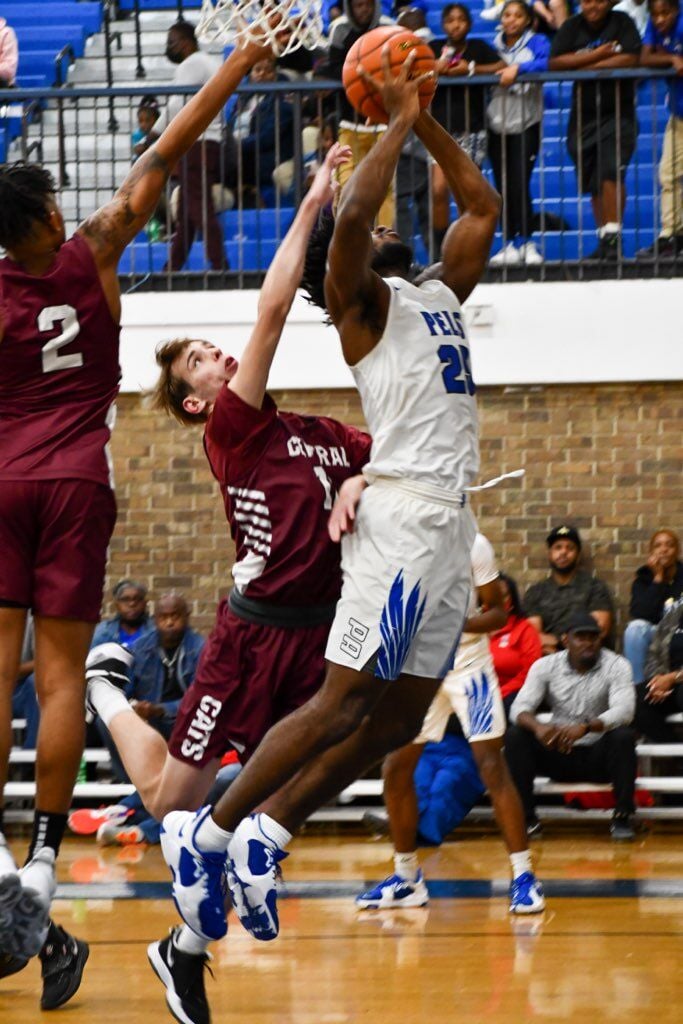 Port Allen forward Jalen Knox goes up for a shot during last week's jamboree against Central. 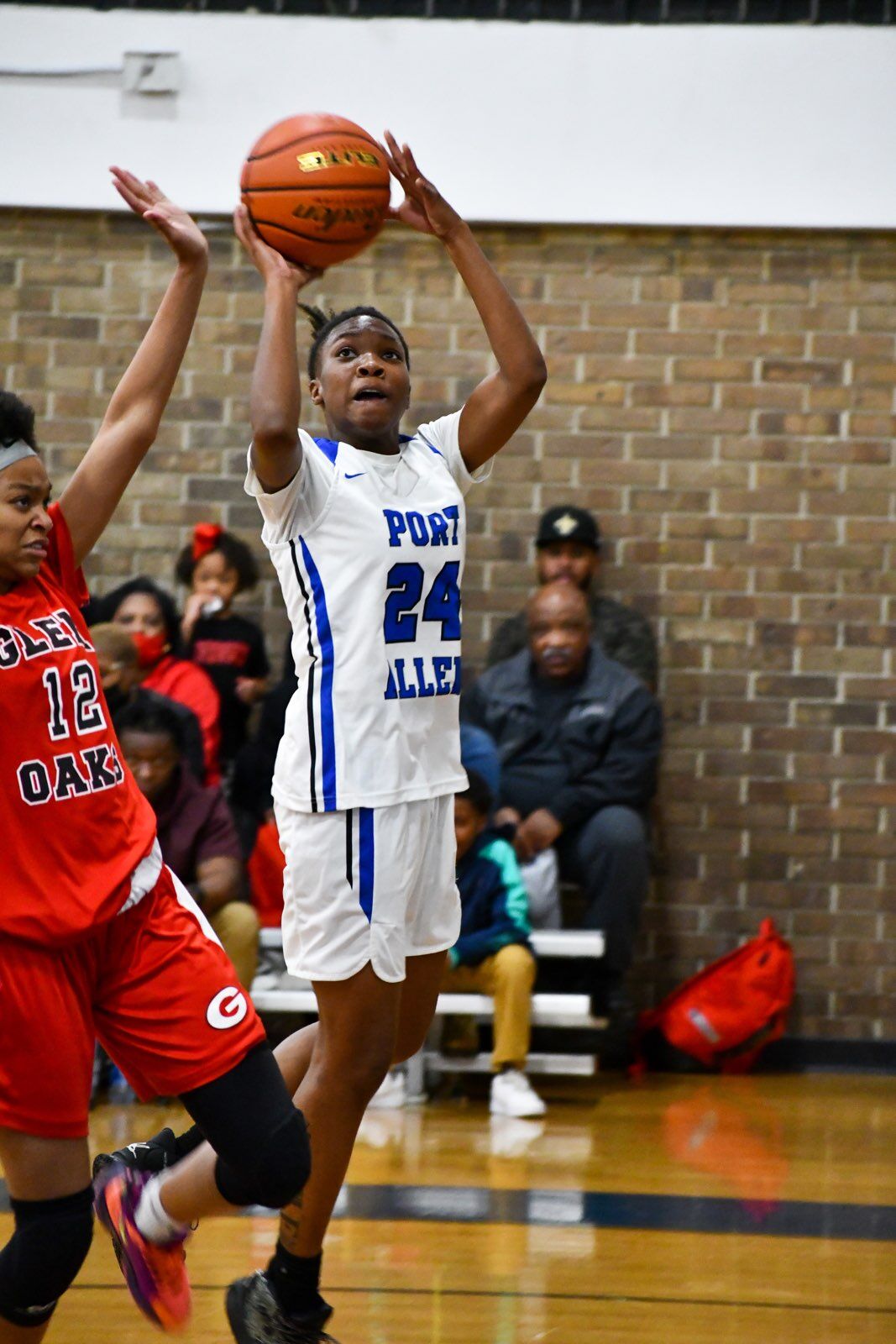 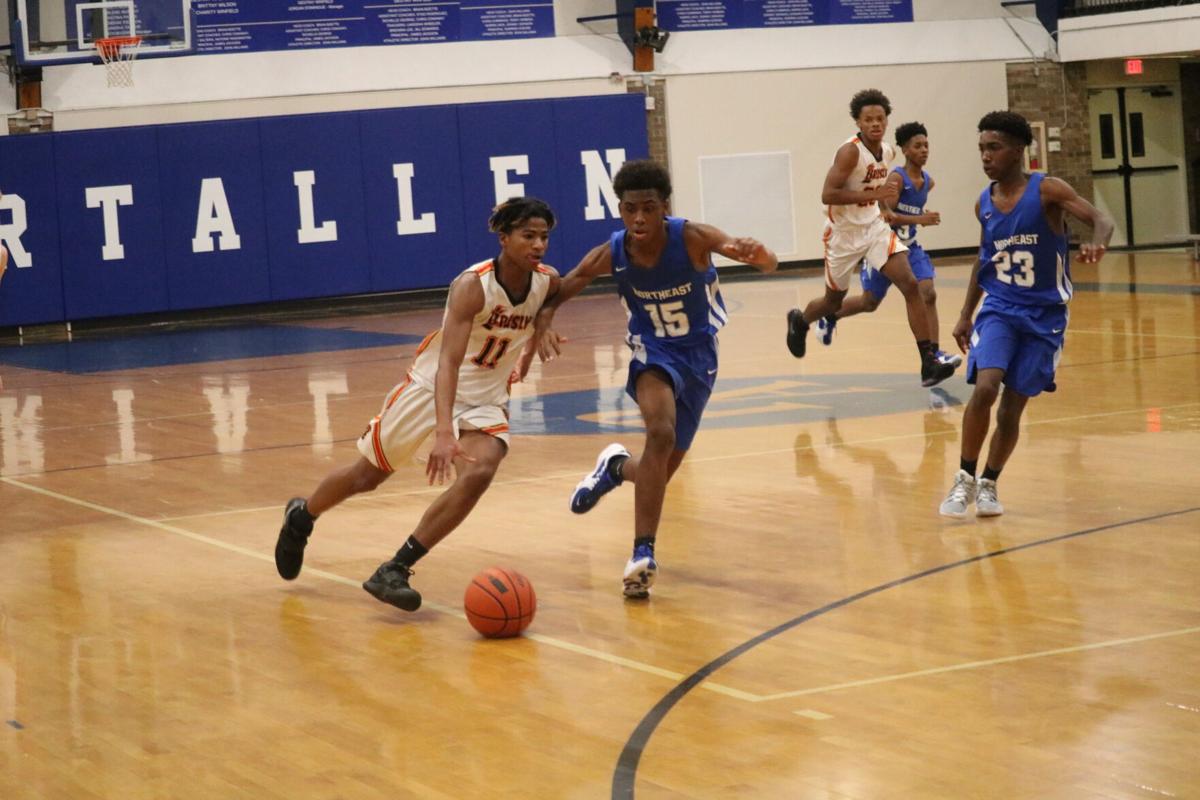 Brusly's Tyran Young dribbles to the goal during Thursday's jamboree against Northeast. 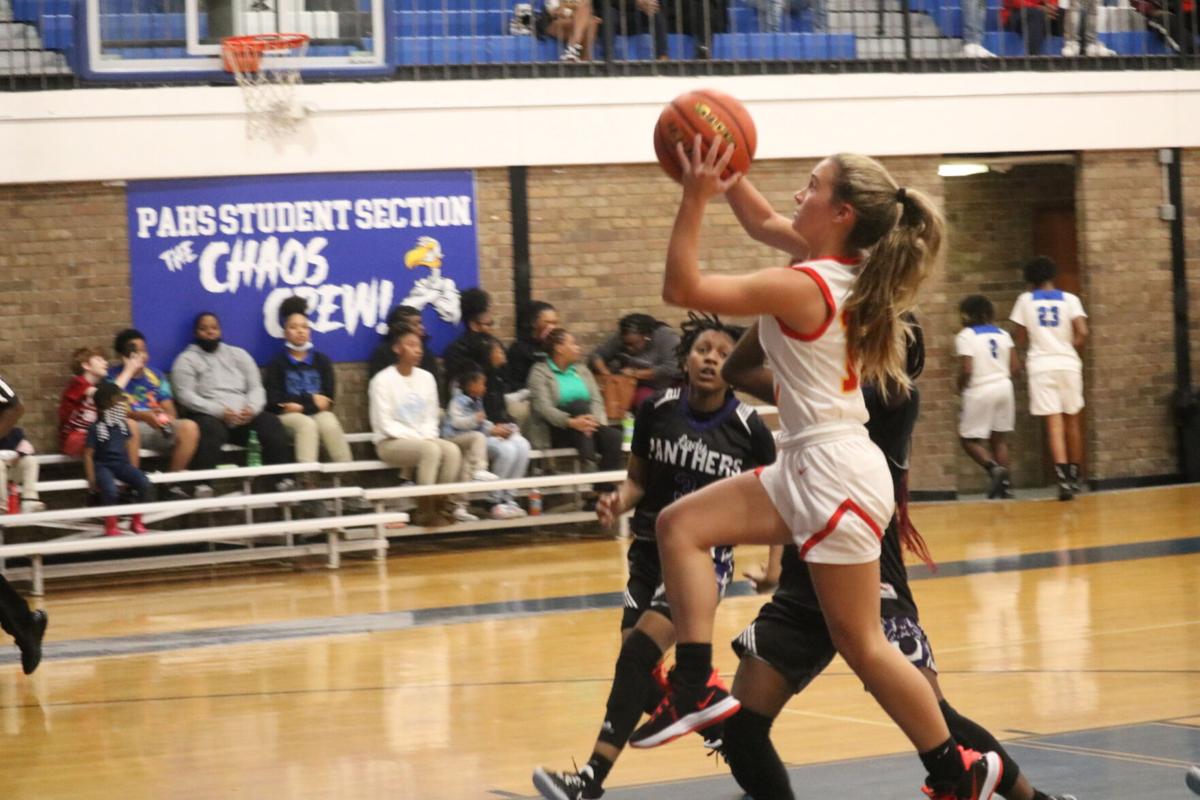 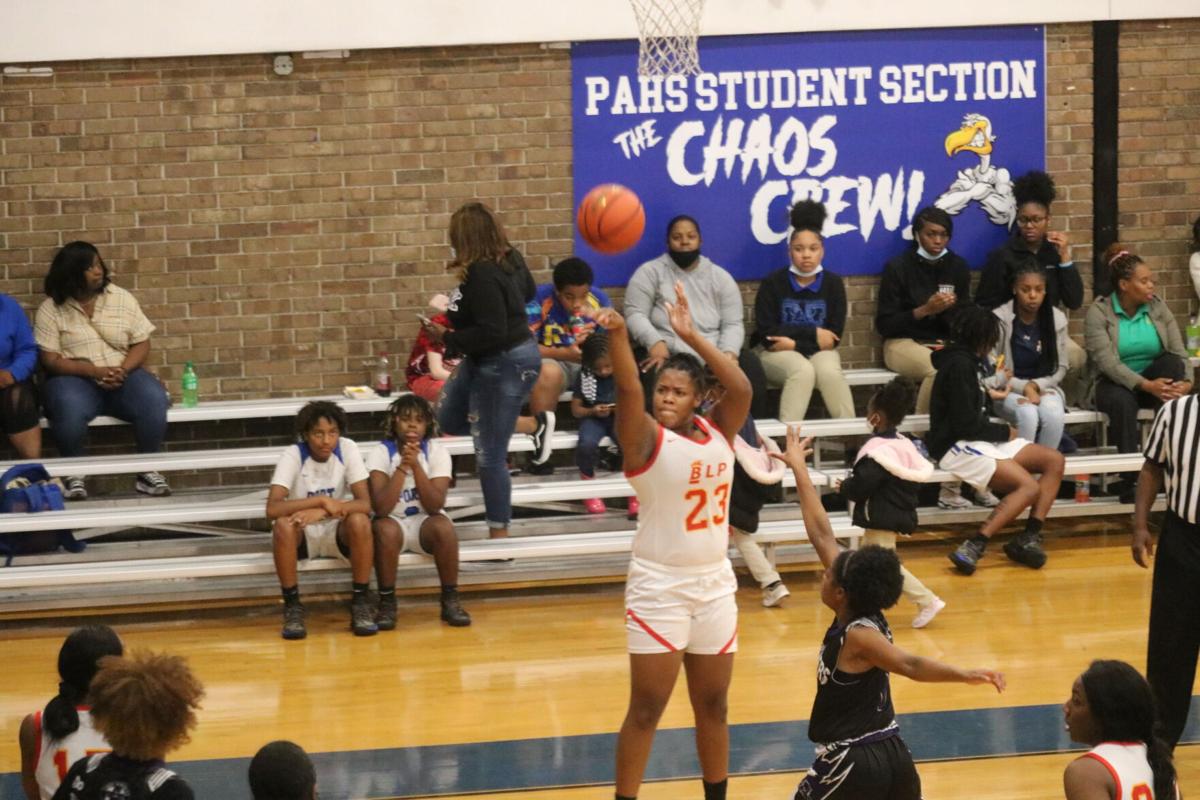 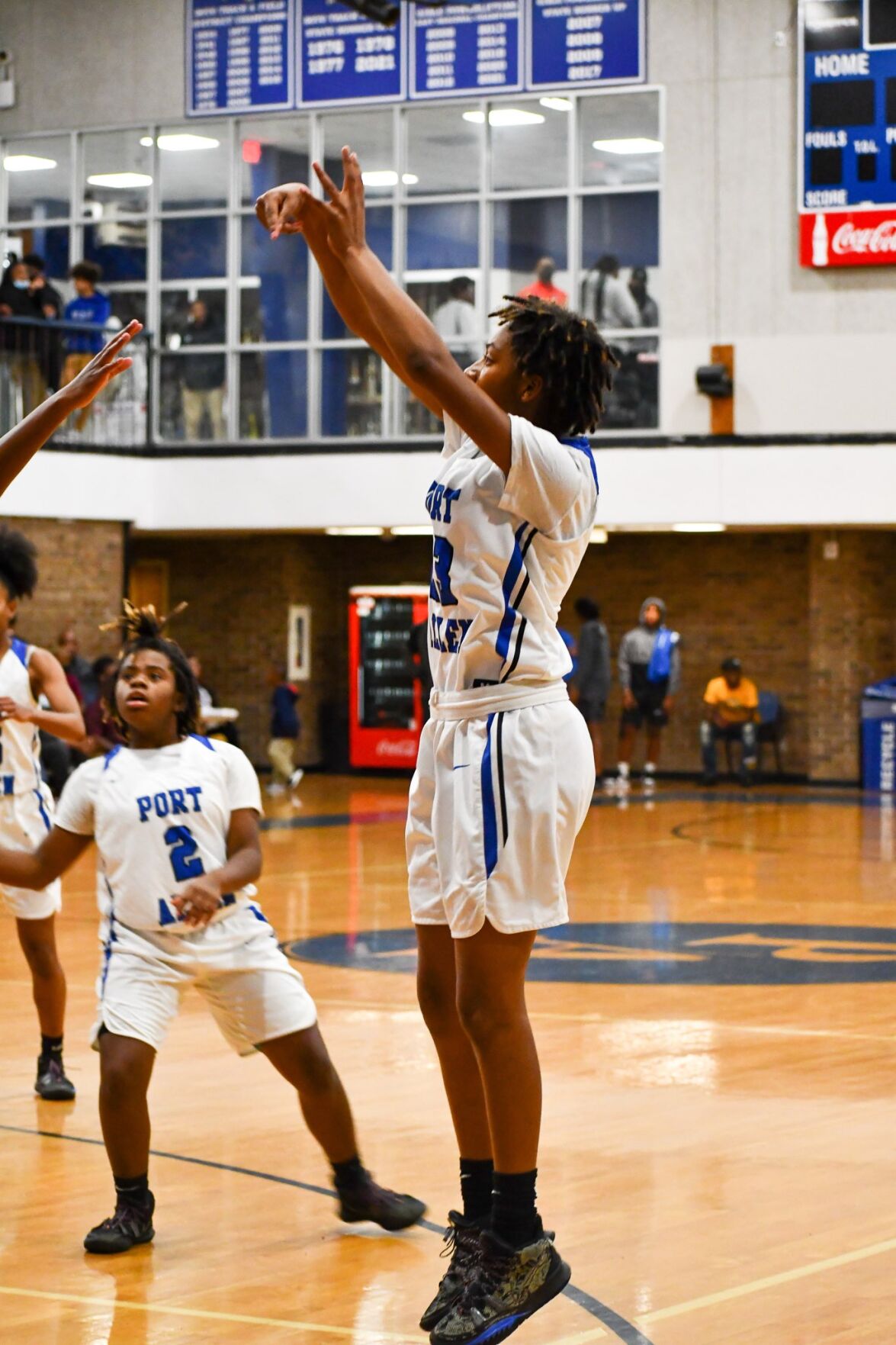 Port Allen forward Jalen Knox goes up for a shot during last week's jamboree against Central.

Brusly's Tyran Young dribbles to the goal during Thursday's jamboree against Northeast.

Port Allen’s Cou-Yon’s basketball jamboree last Thursday allowed fans to get the last glimpse of the area basketball teams before the season kicks off later this month.

Port Allen’s boys team came out energized on both ends of the floor and steamrolled Central 45-10.

Port Allen led 7-5 in the early going before closing out the first half on a 19-0 run to take a 26-5 advantage at halftime.

“The energy was good. The guys played hard,” said Port Allen coach Dimario Jackson. “They played for each other. We did a good job on some things that we saw on film that we needed to correct but we still gotta get better defensively. We have to take it personally being better one-on-one defenders. We gotta finish possessions and we want to get out and push that ball up the floor, so we have to keep getting better defensively.”

“We want to push these guys past their ceiling,” Jackson said. “They did a solid job, but we still have to be better.”

Despite missing four starters who were on the football team, Brusly took care of business and pulled away in the second half for a 35-12 win over Northeast.

The Panthers led 18-12 at halftime before outscoring the Vikings 17-0 in the second half.

“We’re missing 15 football guys and we’re young,” said Brusly coach Kirby Loupe. “We only have a couple kids out there who are going to be varsity players for us so it’s a learning experience. It’s good to get something on film so we could see these guys against another team. The kids played hard, and I was glad to see Tyran (Young) and Josh (McNair) be really aggressive because they’re going have to score the ball for us.”

In what Port Allen lacks in size they looked to make up for in defensive intensity in Thursday’s 24-12 win over Glen Oaks.

“I thought it was a good team win for us, especially for a team as young as we are,” said Port Allen coach Kim Cox. “Having seven freshmen, playing seven freshmen, it’s always a tough task, but I feel like a good win like that was good for team morale.”

Cox said defense will be key for her team this season and holding Glen Oaks to 12 points is a good start.

“That’s been the focus for us,” she said. “We gotta be able to get up and get into to people with us being as small as we are this year. This is the first time in the couple years, we’ve been this small.”

After earning a one-point halftime lead, Brusly fell 16-11 in overtime to Woodlawn.

Brusly was without point guard Laila Clark, who missed the game due to injury.

Brusly led 5-4 at halftime but Woodlawn outscored Brusly 5-0 in the overtime frame.

“I’m not going make excuses about the lack of practice or anything like that,” said Brusly coach Shawn Bradford. “It’s just kinda is what it is. When you sign up for this, it’s part of the life. We have to get in the lab and work. It’s as simple as that. We’re afforded a couple more days and an opportunity to work before our next game, so we’ll be ready.”