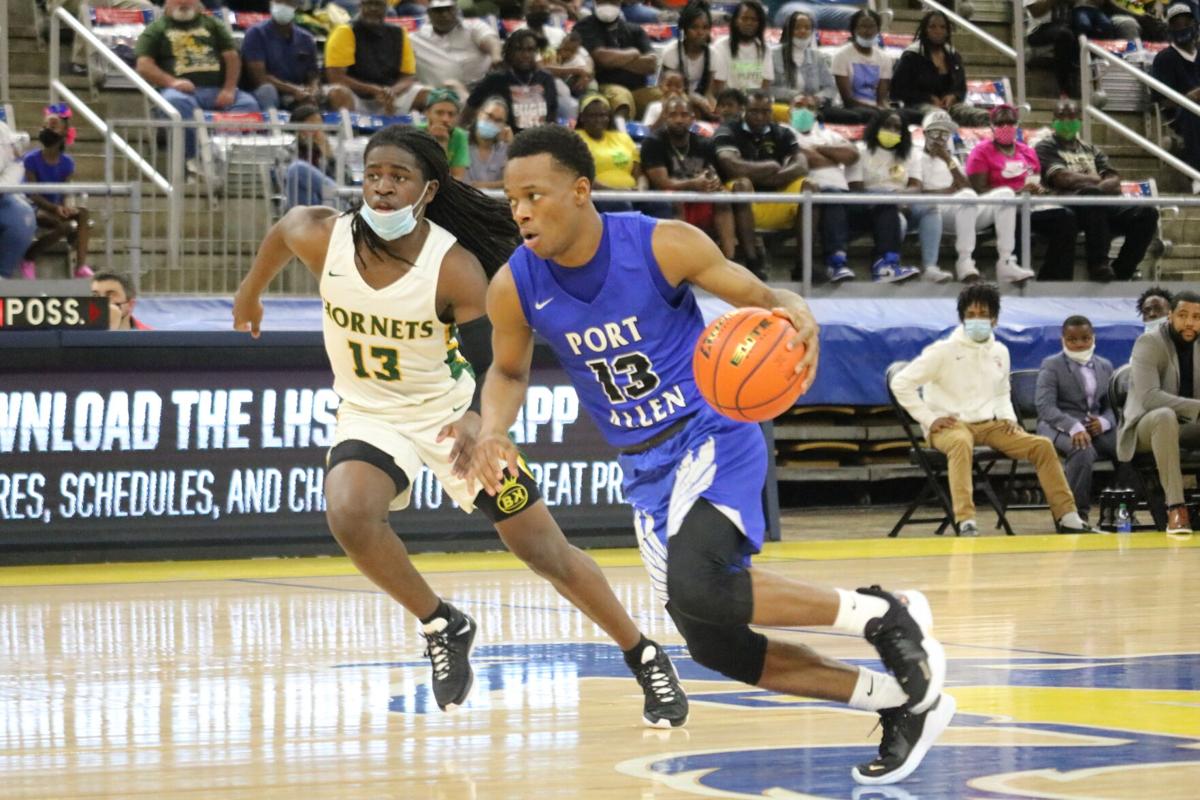 Port Allen's Tawasky Johnson dribbles up the court during Friday's 2A championship game against Rayville. 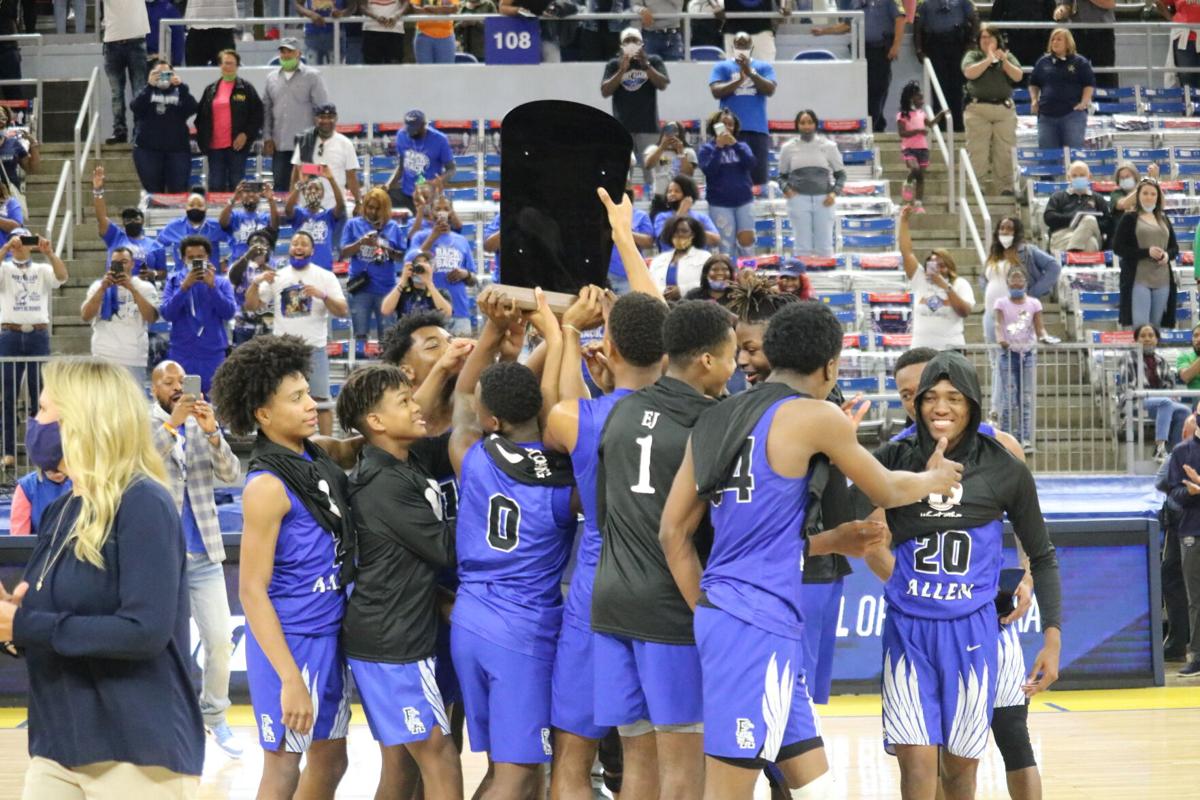 Port Allen hoists the trophy following a 59-45 win over Rayville in the Class 2A championship. 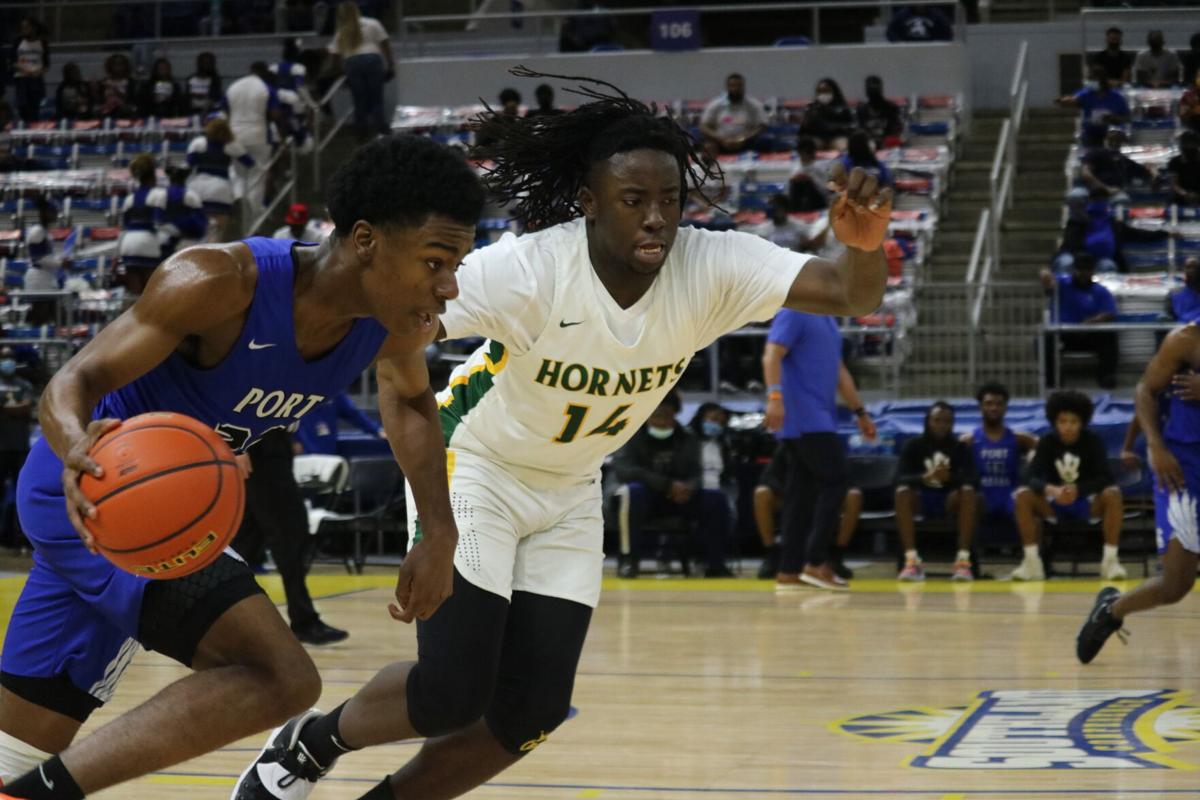 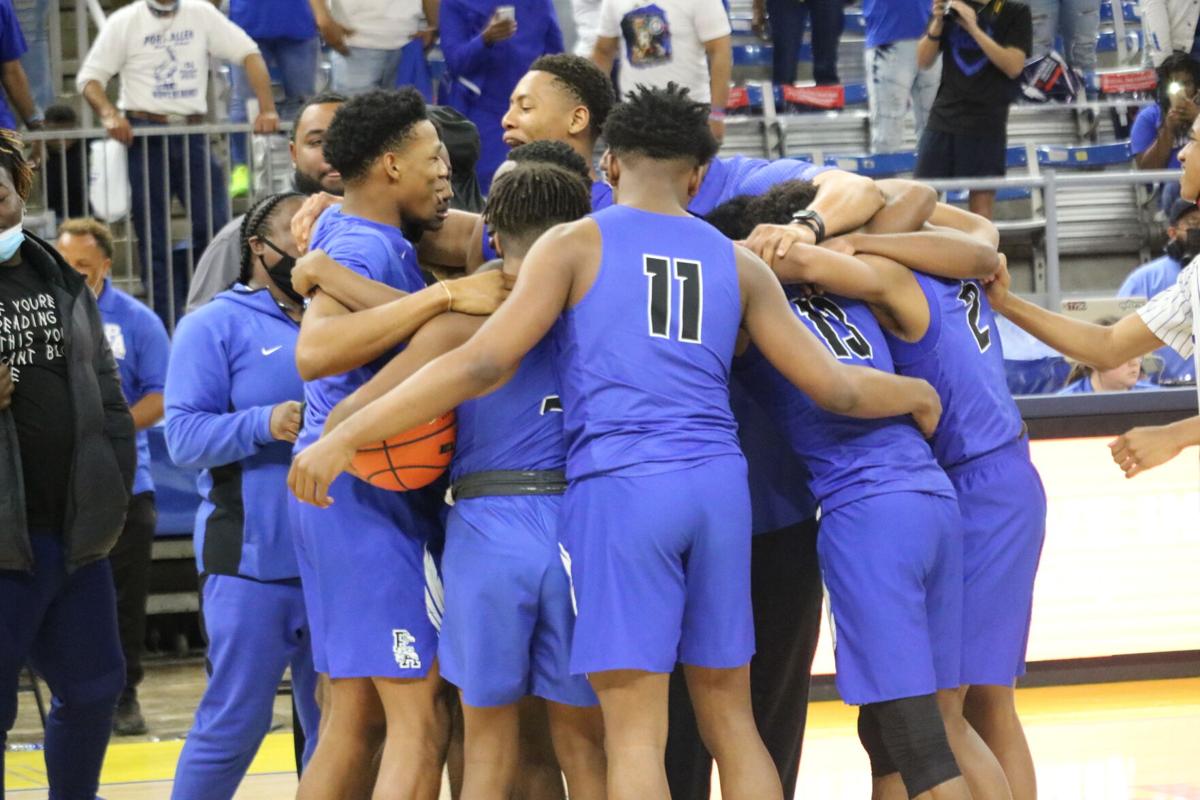 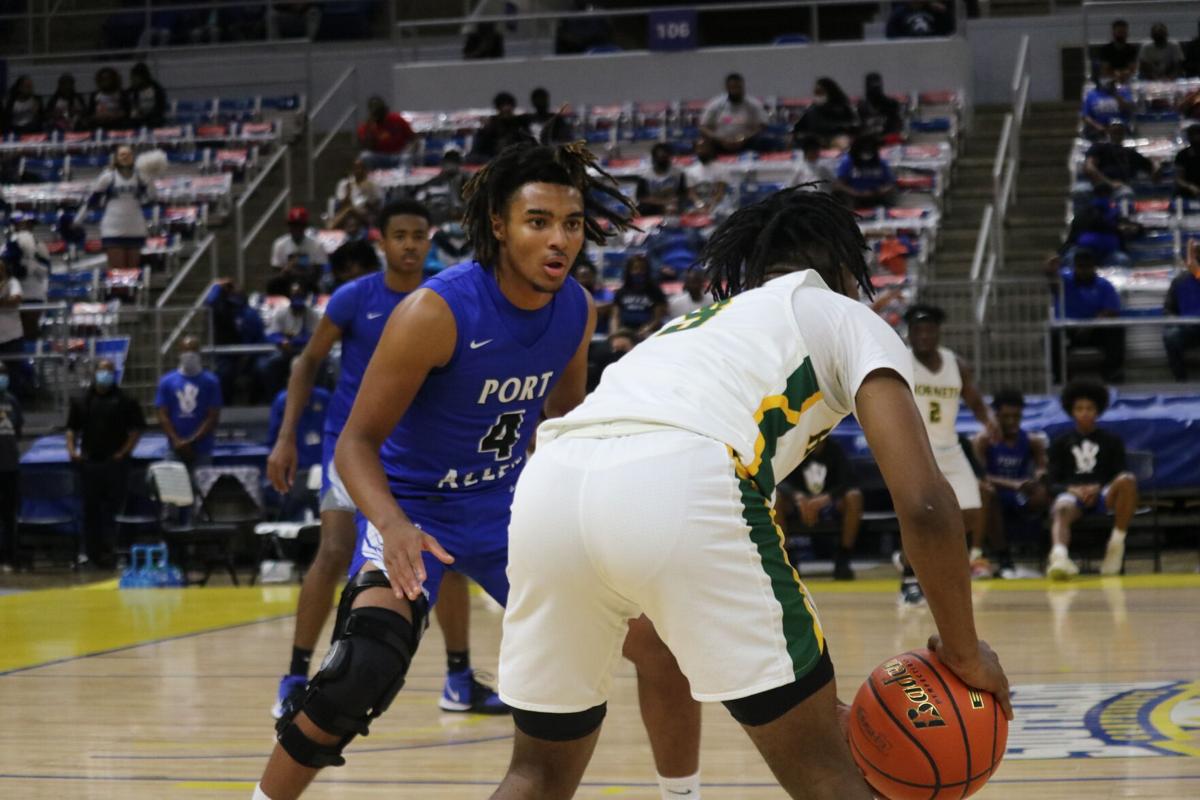 Port Allen's Tawasky Johnson dribbles up the court during Friday's 2A championship game against Rayville.

Port Allen hoists the trophy following a 59-45 win over Rayville in the Class 2A championship.

LAKE CHARLES — After winning the first state championship in school history last season, Port Allen wanted more — and got it.

Port Allen’s defense rose to the occasion once again to stifle Rayville’s prolific offensive attack to propel the Pelicans to a 59-45 in the Class 2A championship Friday night at Burton Coliseum.

It was the third straight year the two teams matched up in the state championship, with Port Allen taking the last two victories.

Tawasky Johnson was named Most Outstanding Player after dropping a game-high 19 points to go with 10 rebounds. Kentae Williams added 14 points.

“It means a lot,” Johnson said of the Most Outstanding Player award. “This award goes out to my mom. She passed a couple of years ago. All this season I’ve been thinking this is my last year, so I gotta do it for her and the family back at home.”

The game stayed close for the better part of three quarters before Port Allen started to separate itself at the end of the third quarter.

Port Allen led by 10 at the end of the third and had opened the lead to as many as 18 points in the fourth.

“Hats off to Rayville, an unbelievable program,” said Port Allen coach Derrick Jones. “Those kids compete with everything they have. They’re outstanding basketball players. The performance our guys just put on defensively was something special. Rayville is probably the best offensive team in the state. For us to come here and take in a game plan and execute the way that they did on both ends of the floor was really something special.”

Rayville led once in the game. The Hornets’ lead came in the second quarter. A 10-0 run gave Rayville its largest lead of three points.

Port Allen followed that up with a 12-2 run of its own to take a seven-point lead and never look back.

“We got outplayed,” said Rayville coach Damon West. “It don’t take rocket science to figure that out. They outplayed us. They outrebounded us. They looked like they wanted it more.”

Back-to-back championships is special but celebrating Friday’s win with friends and family added that extra flair for the two-time defending champs.

“We knew we won it last year. We had to go back to back,” Williams said. “Last year we didn’t get to celebrate how we wanted because of COVID-19. The fans didn’t get to come out, so we knew we had to put on a show, come out and win it again. Some of us are seniors and we just wanted to finish with a bang.”