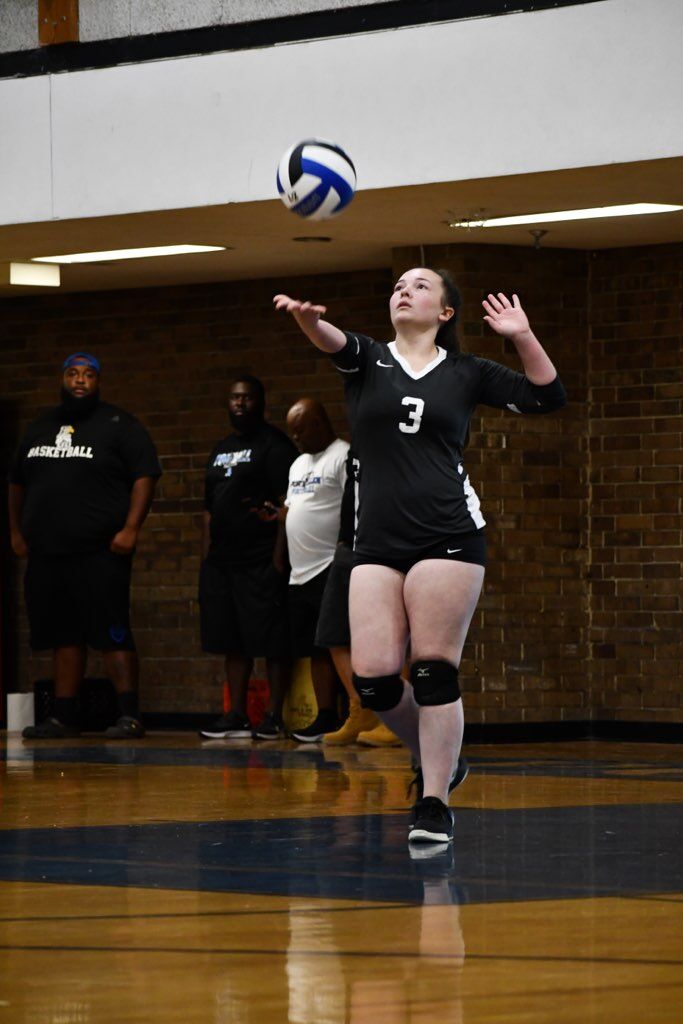 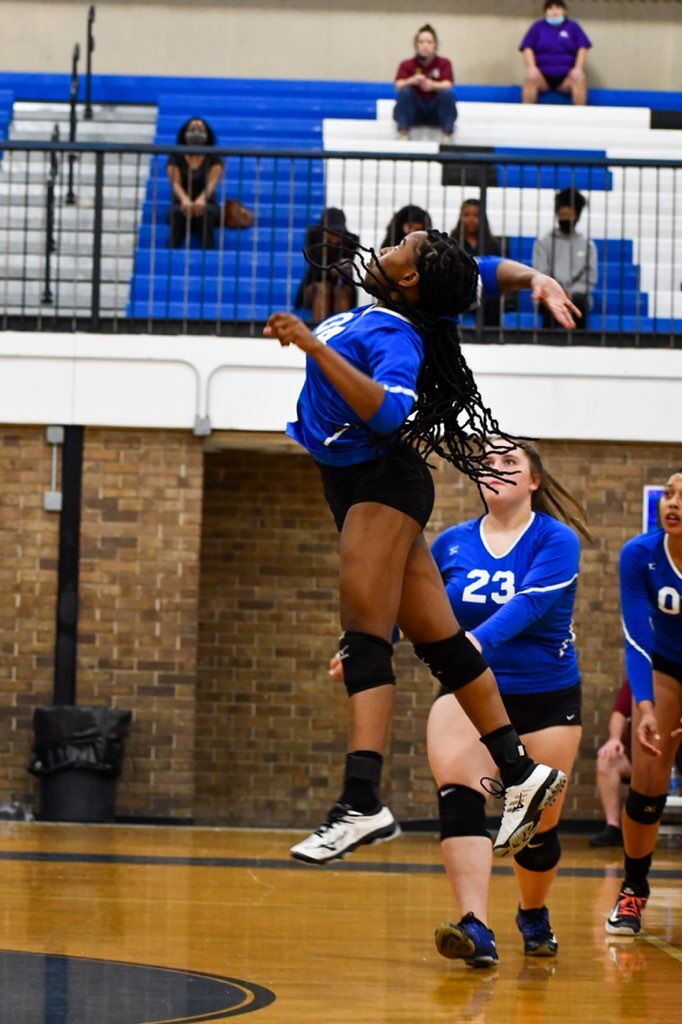 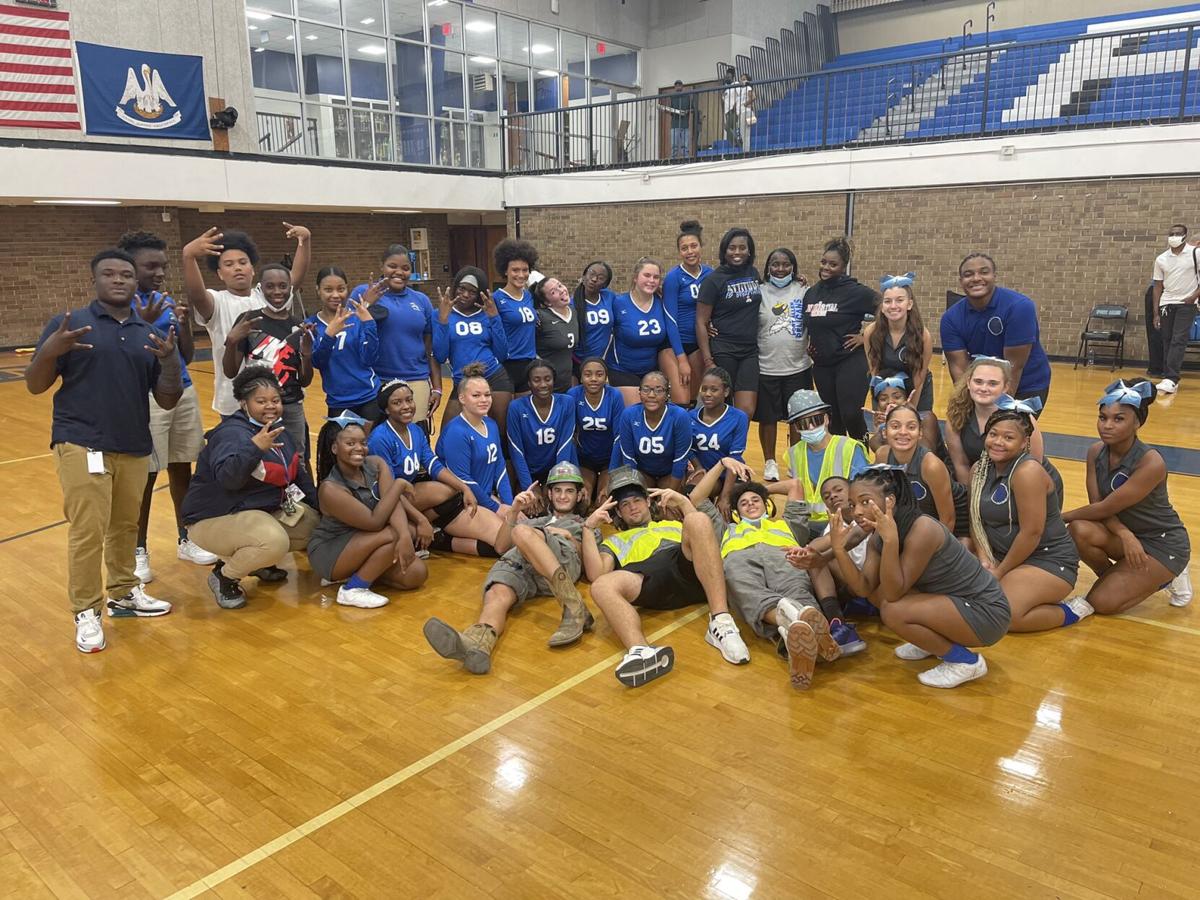 The Port Allen volleyball team got a 3-1 win over Plaquemine in the season opener Wednesday night.

The Port Allen volleyball team got a 3-1 win over Plaquemine in the season opener Wednesday night.

Port Allen volleyball had its first two games of the season canceled for various reasons but stayed prepared and it showed Wednesday night.

The Lady Pelicans were in control nearly the entire night on the way to a 3-1 win at home over Plaquemine in the season opener.

“It felt really good. I’m just glad my girls came out and performed,” said Port Allen coach Kendra Wells. “It was like everything we’ve been working on. They executed. They won this game.”

Port Allen jumped out to a 5-1 lead in the first set before Plaquemine went on a run to take a 9-8 lead before Wells called a timeout. The Pelicans regained the lead later in the set and never relinquished it. Maddie Barbre’s block at the net put Port Allen ahead 24-20 and helped clinch the set victory.

Plaquemine had trouble breaking Daigle’s serve throughout the third set, resulting in port Allen building a 10-2 lead at the start and leading by as many as 24-13 before closing it out.

Daigle led the team with six aces. She also had 10 digs and five assists. Barbre was dominant at the net with 15 kills.

“They’re two of my leaders,” Wells said of Daigle and Barbre. “My seniors, I count on them a lot and they did what they’re supposed to do. Rachel got back here, and she did what she does. She’s a server. She’s a player all around. Maddy was phenomenal tonight. I couldn’t be more proud. She was the player of the game.”

Jadyn Pickens set up teammates all night with 20 assists. She chipped in five aces. Paige Crawford had seven kills and eight digs. Raven Murphy added two kills to go along with seven assists and three aces.

The last time the Lady Pelicans were in action was for Brusly’s jamboree last month. Wells said her team spent as much time as they could over the last three weeks correcting things they needed to work on.

“We didn’t pass well for the jamboree and we weren’t able to get our sets,” she said. “At the jamboree, the courts were shorter, so we’re focused on serves. We came back to the lab and we worked. We started making sure we make good passes. I told them good passes get good sets and good sets get good hits. We came here tonight, and we limited our errors.”