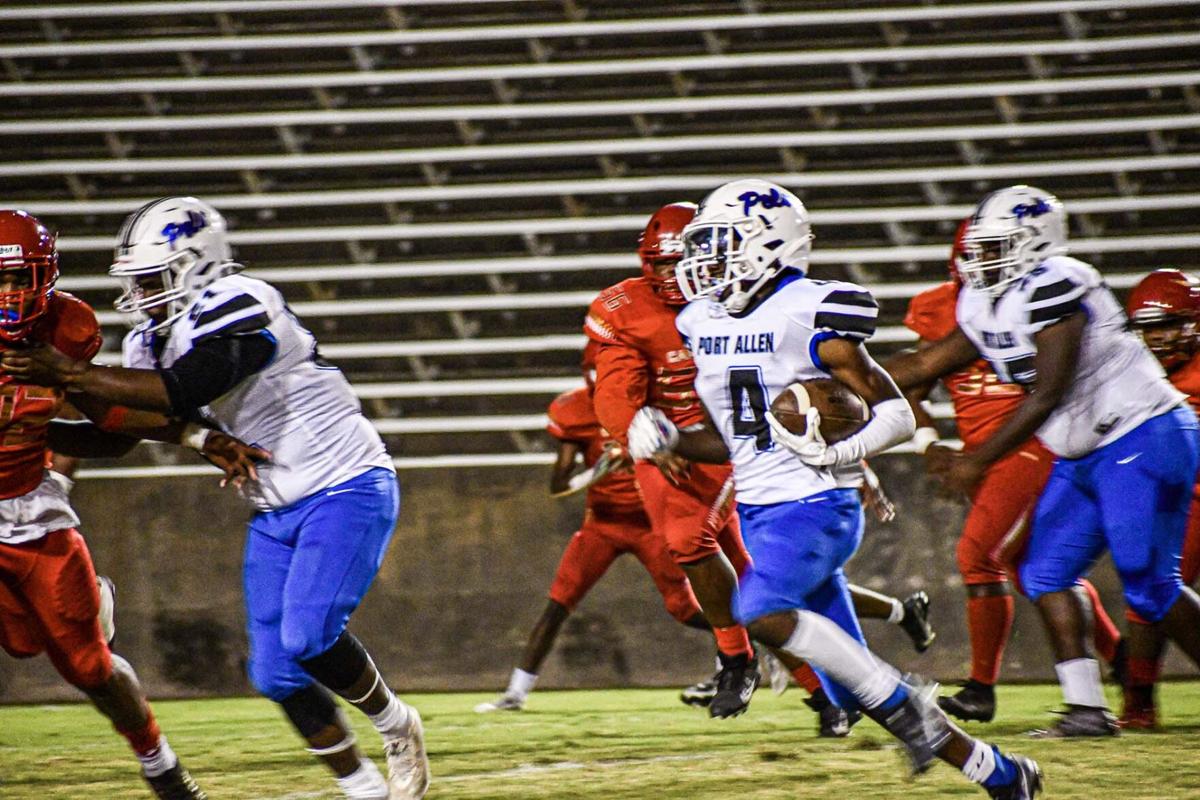 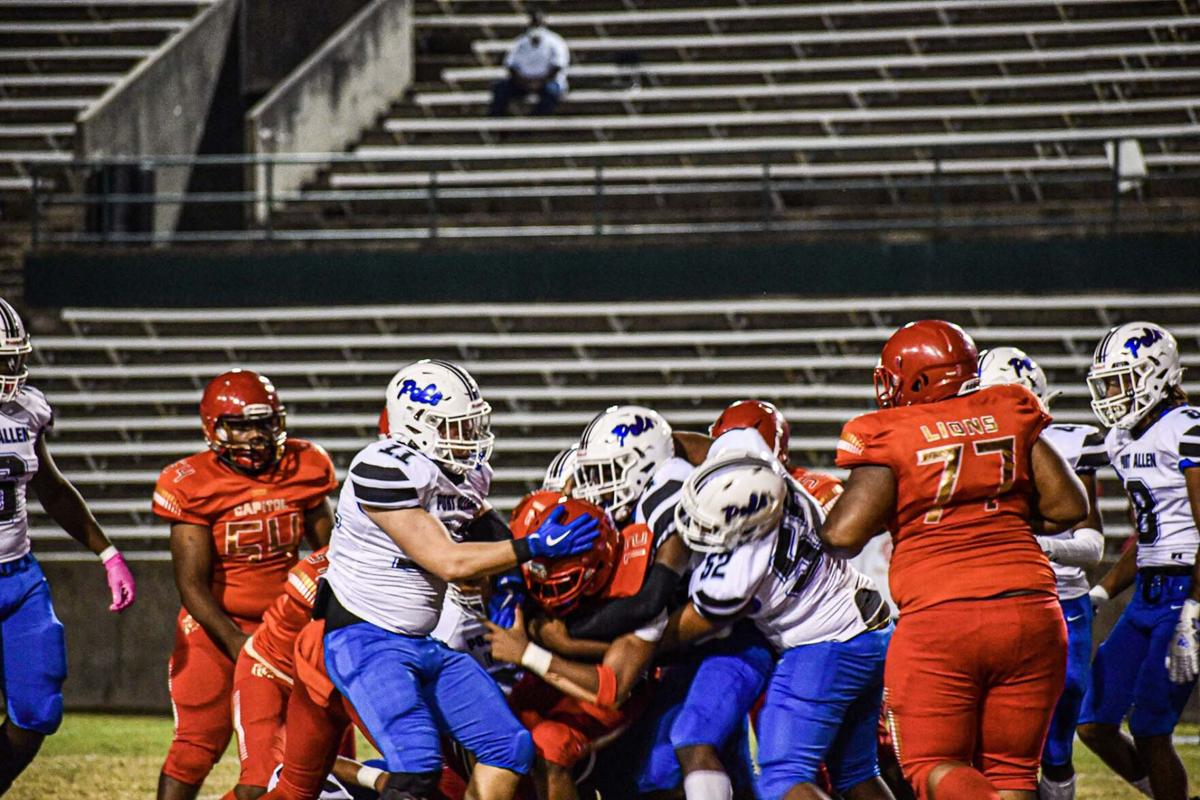 It wasn’t flawless, but Port Allen continued its winning streak.

The Pelicans battled through three first-half turnovers to hold on for a 32-20 win over Capitol Thursday night at Memorial Stadium.

Capitol (4-4, 0-3) got on the board first following a Port Allen fumble on the game’s first drive.  Quarterback C’Vion Holiday scrambled in from three yards out to give Capitol a 7-0 lead.

That lead would be the Lions’ only lead of the contest.

Jeremiah Dehon found Brennan Gibson for 17-yard touchdown. Gibson ran in the 2-point conversion, which gave the Pelicans an 8-7 lead.

After Capitol’s offense was forced to punt, Jordan Antoine scored on a 3-yard run and Dehon passed to Lucas Rioux for two points as the Pelicans led 16-7 early in the second quarter.

The Lions defense stepped up in the second quarter by forcing two Pelican turnovers. Tra’jon Freeman intercepted a pass and returned it into Port Allen territory, but the drive stalled following a turnover on downs.

On Port Allen’s next possession, Capitol recovered a fumble in Pelican territory. Dehon picked off Holiday’s pass to end the drive.

Port Allen got a 9-yard touchdown run from Landon Jones and a Jarius Wright 2-point conversion just before halftime to lead 24-7.

Dehon connected with Quin Leonard for an 18-yard touchdown that put Port Allen ahead 32-13 in the third quarter.

Dehon finished the game 6-of-11 for 68 yards, two touchdowns and an interception. He rushed three times for 55 yards.

Antoine carried the ball nine times for 71 yards. Titus Winfield (67) and Gibson (54) were also over 50 yards rushing. Gibson led the receivers with two receptions for 21 yards and a score.