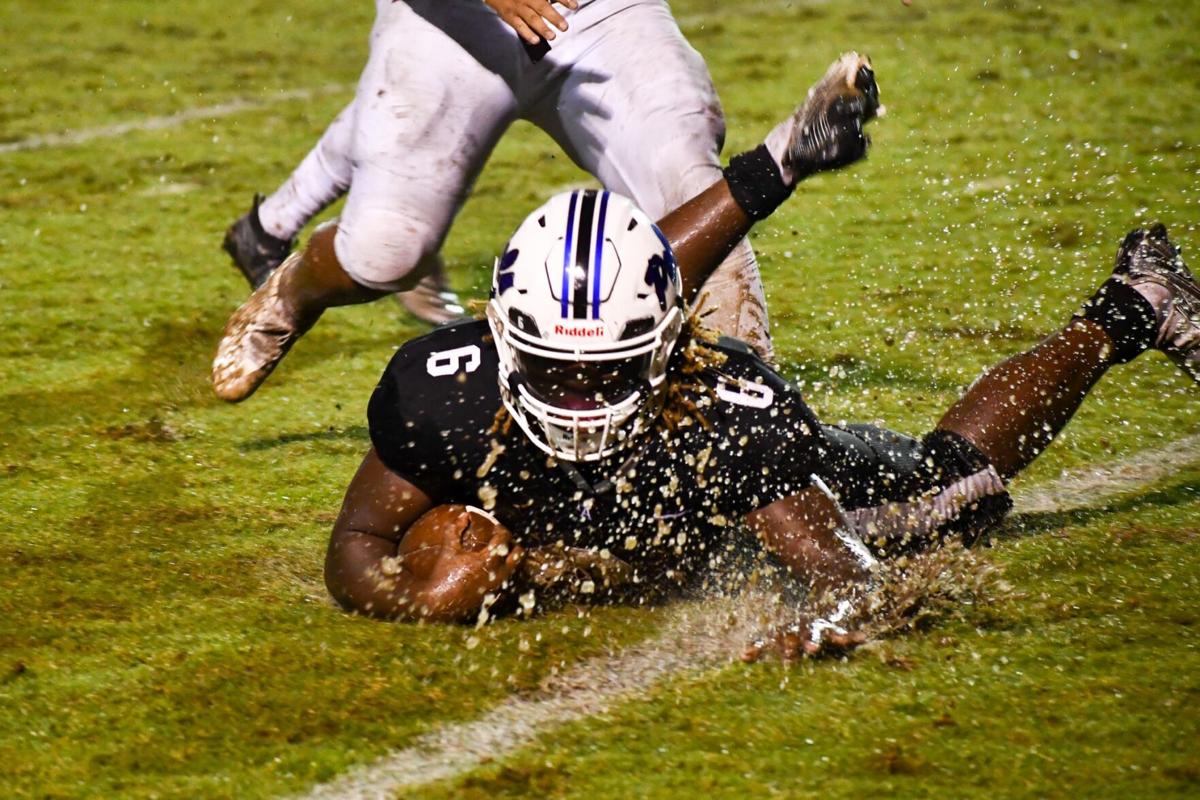 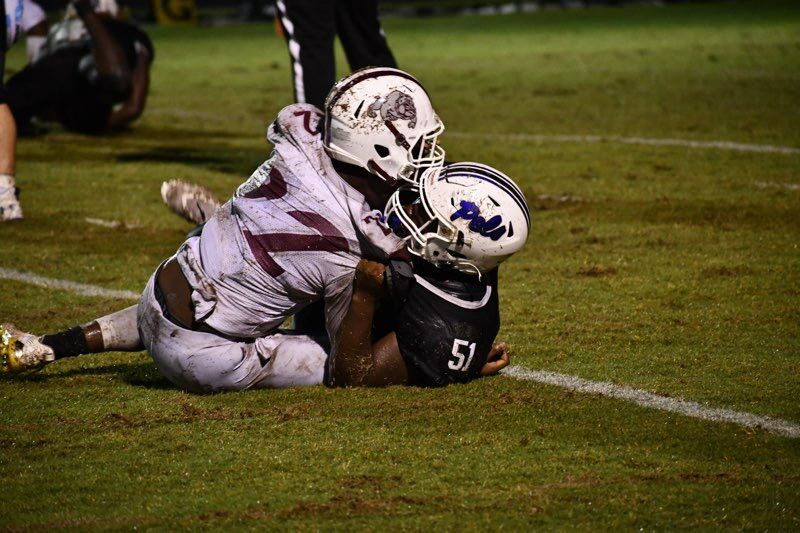 Port Allen's Milton Roger gets tangled up with a White Castle player during last week's 20-13 win.

Port Allen's Milton Roger gets tangled up with a White Castle player during last week's 20-13 win.

Port Allen jumped out to a big halftime lead and held off a White Castle charge to earn a 20-13 win Thursday night at Guy Otwell Stadium.

“We just had to settle down and start playing the type of football that we want to play,” said Port Allen coach Don Gibson. “We want to be able to run the football and having that balance in the passing game makes us better.”

The Pelicans did all of their damage offensively in the first half. Stephen Springer scored on a touchdown run and quarterback Jeremiah Dehon connected with Brennan Gibson for two touchdowns, each from 20 yards away.

Jordan Antoine didn’t get in the end zone, but he led the rushing attack with 101 yards on 22 attempts.

Springer rushed for 44 yards and a score and caught two passes for 30 yards. He earned five total tackles, including a sack.

Lucas Rioux led the defense with six tackles, including four tackles for loss. Curtis Nelson earned an interception in the first half.

In the three-game winning streak, the Port Allen defense has allowed an average of 6.6 points per game.

“We’ve played pretty good defense all year long except for one game against Donaldsonville,” Don Gibson said. “We went back to the basics of running to the football and making sure we tackle.”