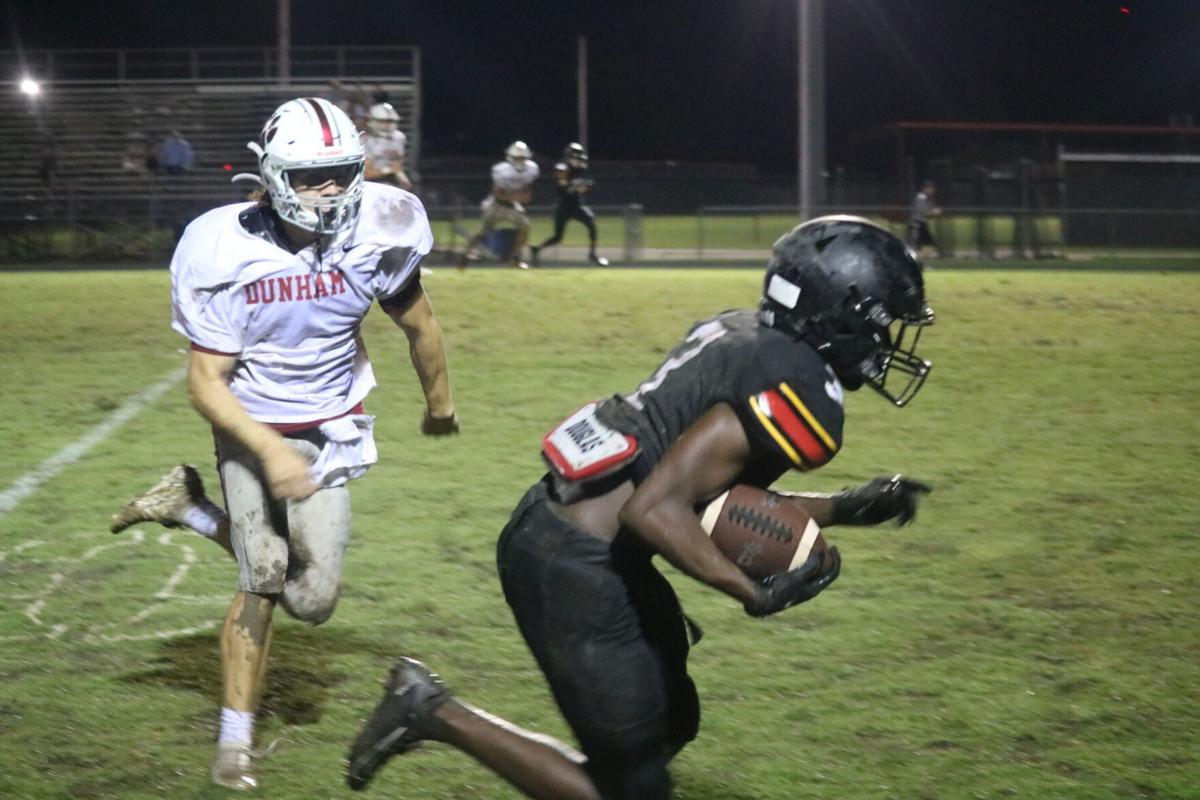 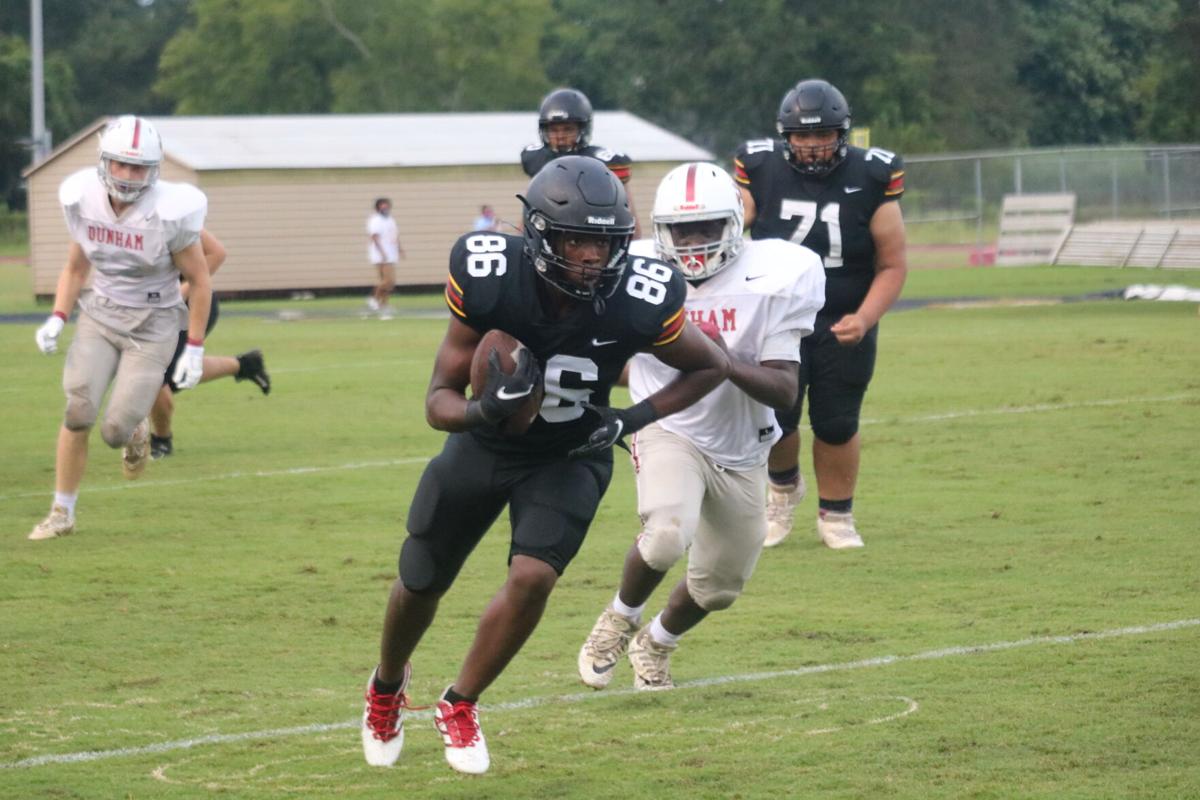 Brusly football got its first taste of competition in preparation for the season with Thursday’s scrimmage at home against Dunham.

Lightning delayed the start but eventually each team was able to get reps in before the games count Sept. 3

Brusly, typically known for having a run-heavy offensive scheme, made splash plays in the passing game with both the first and second team offenses.

Senior quarterback Sammy Daquano enters the season as the starter for the second consecutive year.

In the red zone situational portion of the scrimmage, Daquano connected with Cody Loupe for a screen pass that Loupe took into the endzone.

The scrimmage concluded with a 20-minute running clock live action scenario. Daquano found Randall Matthews down the field for a big play, which set up another td pass to Loupe.

“The second year for him, he spent the whole offseason being able to watch film,” Brusly coach Hoff Schooler said of Daquano. “It’s mental. Understanding he started last year and to be able to have some recall of what he’s seen before whether it be from coverages or up front and recognizing stunts and those kinds of things and putting not only himself in the best position but the offensive line and receivers in position to make plays and I think he did a good job of that.”

The success of the team’s passing game could help defenses stay honest, which would help bolster the Brusly run game, which has been one of the best rushing attacks in the state for the last four years.

“It’ll give us the ability to get some people out of the box at times and understand we have some guys on the perimeter that can catch the ball and when they do get the ball in their hands, they do something with it,” Schooler said. “They (receivers) did a good job of getting open. They ran good routes and got themselves open. In order to do all of that, the five up front had to be able to protect and Sammy didn’t have a lot of pressure on him and he was able to deliver the ball where we wanted it delivered.”

The Brusly defense played stout throughout the game until a few blown coverages led to Dunham scores late in the 20-minute period.

Schooler said the most important thing about Thursday’s contest was to get reps as the team prepares for the start of the regular season. The Panthers had 81 players dressed for the scrimmage and all 81 played.

“It was important for us to come out tonight and get our first group the reps they need to get and to get some young guys into the mix,” he said. “At some point some of those guys are going to need to play. “We had a few busts at the end, but we’ll get that straight. That’s on us as coaches to get that fixed in film and in practice.”

Unlike the 2020 season, which started later because of the pandemic, the 2021 season allowed programs to ease into the start of the season with scrimmages and jamborees.

“This time last year, we were sitting around hoping to play and here we are playing,” Schooler said. “Some of that shows that we missed out on these kind of games last year. Not just us, but everybody. You didn’t get these kind of games. The kind of games to get things corrected and get a lot of guys in and on film. That’s why it was important to us tonight.”

Brusly travels to face Plaquemine for the jamboree Friday at 6 p.m.