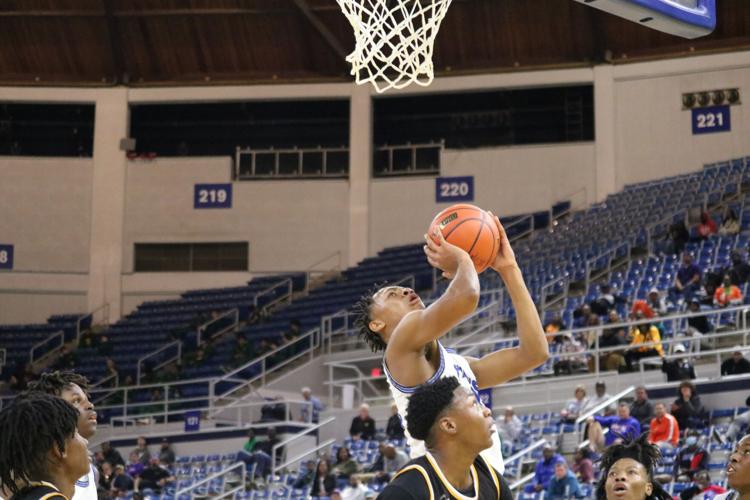 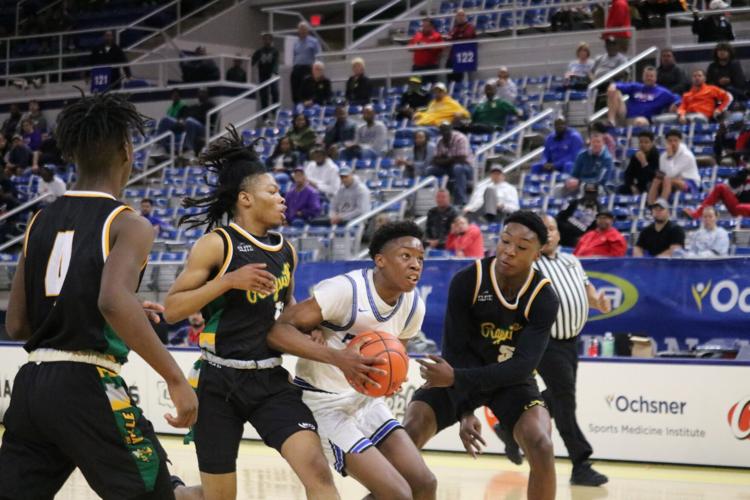 One quarter can make all the difference in a game and it did just that for No. 2 Port Allen.

The two-time defending champs clamped down defensively in the second quarter, outscoring No. 3 20-4 to turn the tide, which molded the way for Port Allen’s 62-35 win in the Class 2A semifinal Thursday night at the LHSAA nonselect boys basketball tournament.

With the win Port Allen advances to the title game for the fourth straight season. Waiting for Port Allen is a matchup with No. 5 Amite who beat No. 1 Lakeview 73-69.

Rebounding and defense were the lynchpins to Port Allen’s victory in a rematch of the last three 2A championship games. The Pelicans outrebounded the Hornets 48-23 and Rayville shot 24 percent for the game compared to 48 percent for Port Allen.

“Rayville, they’re a winning program,” Jordan Brooks said. “We knew what they were going to do. We knew the skill level that they had. We just had to go out and play hard.”

“I felt like we had them (in the second quarter),” McQuillan said. “We knew we had to keep the pressure on them.”

Rayville led 18-15 at the end of the first quarter before Port Allen’s 20-4 second quarter run that helped the Pelicans claim a 35-22 halftime lead.

The Pelicans led by as many as 33 in the game.

“Port Allen is a good ball club,” said Rayville coach Antwuan James. “We knew that coming in. They’re back to back champions for a reason. I’m proud of my guys. They came out, fought and competed. They stepped up and rose to every challenge I asked them to rise up to this season and I can’t be more proud of them. We didn’t get the outcome but overall, we had a productive season.”