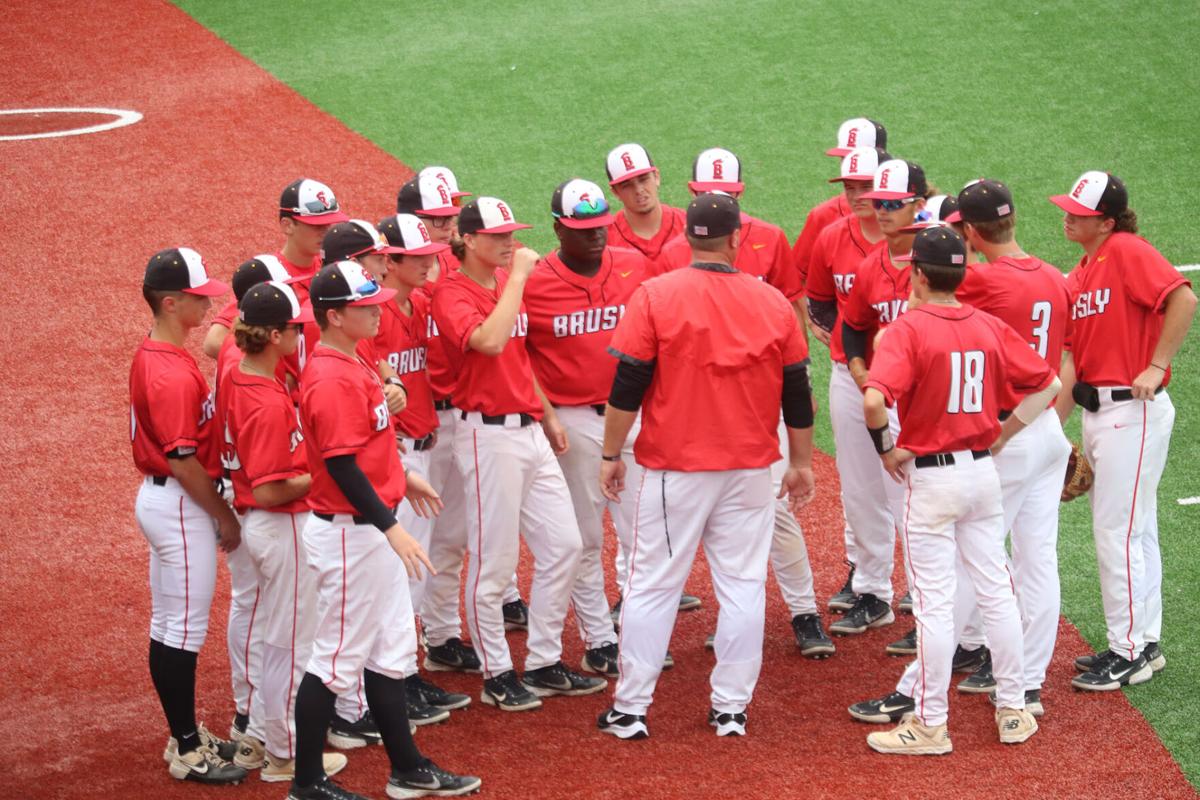 Brusly coach Mike Forbes speaks to his team in between innings during last week’s semifinal game against Lutcher. 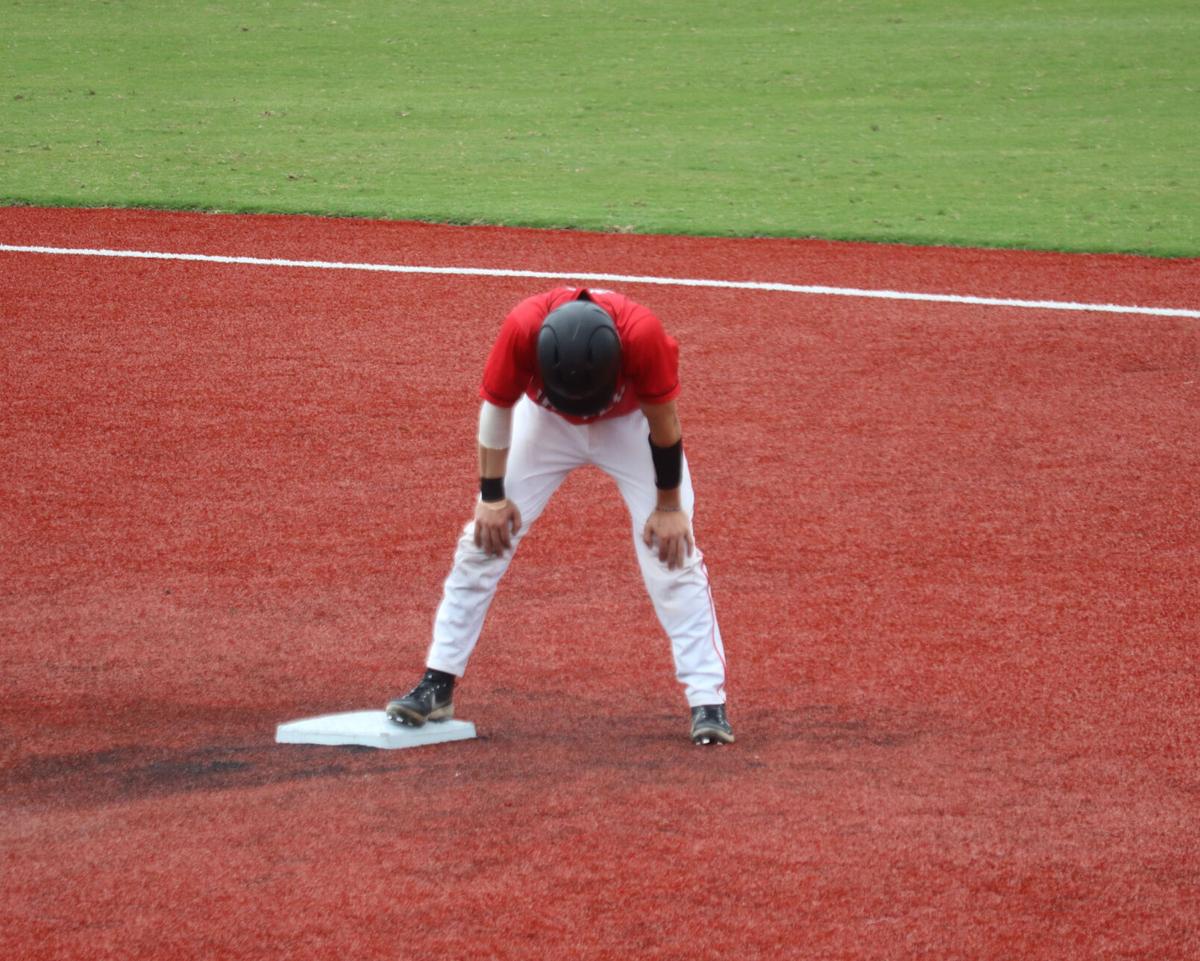 Brusly’s Michael Curry stands on the base after the last out of the semifinal game against Lutcher in Sulphur. Brusly lost 4-0.

Brusly coach Mike Forbes speaks to his team in between innings during last week’s semifinal game against Lutcher.

Brusly’s Michael Curry stands on the base after the last out of the semifinal game against Lutcher in Sulphur. Brusly lost 4-0.

Lutcher hadn’t been to the LHSAA baseball tournament in eight years but pitcher Kyle St. Pierre made sure his team wasn’t one and done in Sulphur.

St. Pierre allowed three Brusly baserunners and tossed a no-hitter to lead the third-seeded Bulldogs to a 4-0 win over No. 7 Brusly in a Class 3A semifinal last week at McMurry Park.

St. Pierre threw 90 pitches and walked two and retired 15 in a row at one point. The other baserunner for Brusly (17-17) reached on an error.

“He (St. Pierre) was every bit as advertised,” said Brusly coach Mike Forbes. “We never really could get to him. He was throwing every pitch where he wanted to and when a guy is in a groove like that, you gotta try to find a way to get to him and we never could. Tip your hat to him. That’s an impressive performance.”

Carter Poche was hit by a pitch and Cohen Veron drew a walk to put runners on first and second in the bottom of the second. Brennan Duhe executed a bunt to move the runners.

St. Pierre singled to lead off the fifth. His courtesy runner, Dawson Keller, scored on a single by Veron.

Greyson Michel got the start for Brusly. He allowed two runs on two hits in two innings. Liam Dunn and Aiden Braud pitched in relief.

These seniors should be commended for setting the table for years to come for our younger guys,” Forbes said. “I’m happy these guys got to experience it. It’s all about these young men getting to experience this tournament and experience the bond that they have with one another. Wins and losses are great but the memories they made along the way are going to stick with them way longer than this heartache they have. They’ll remember the good times. I love these guys and I always will.”