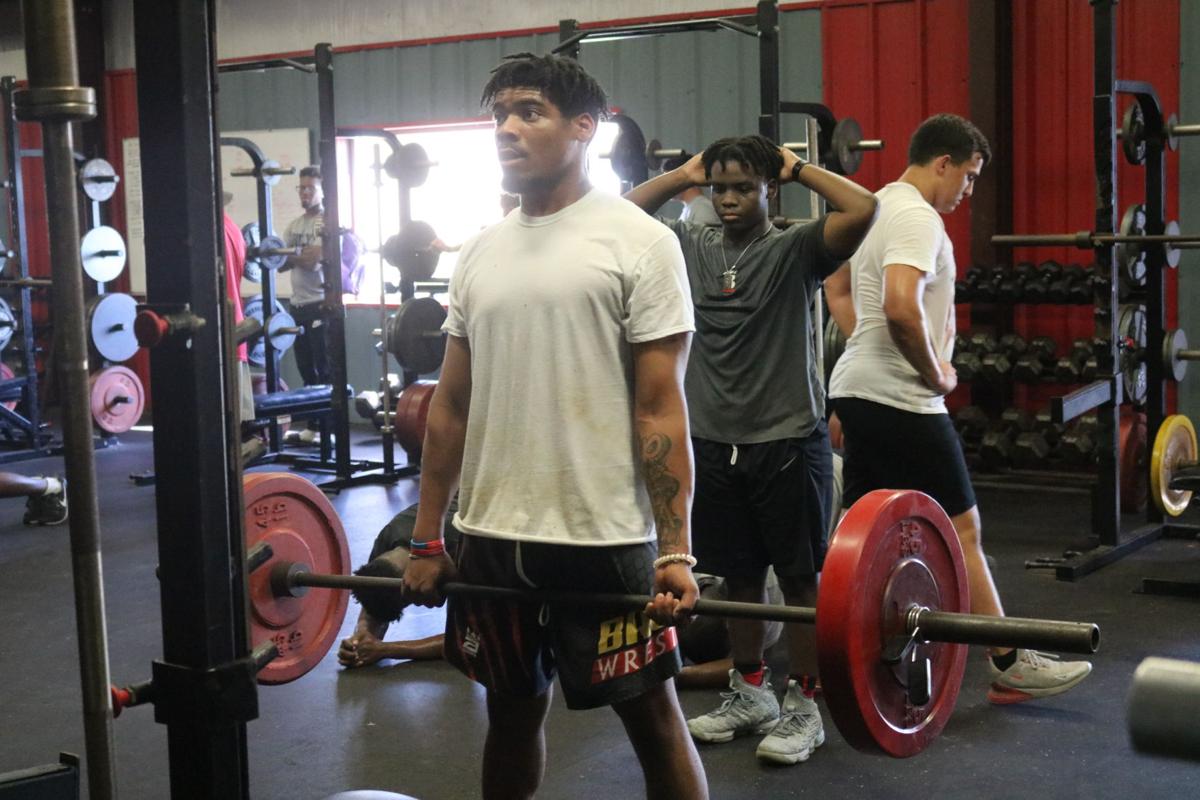 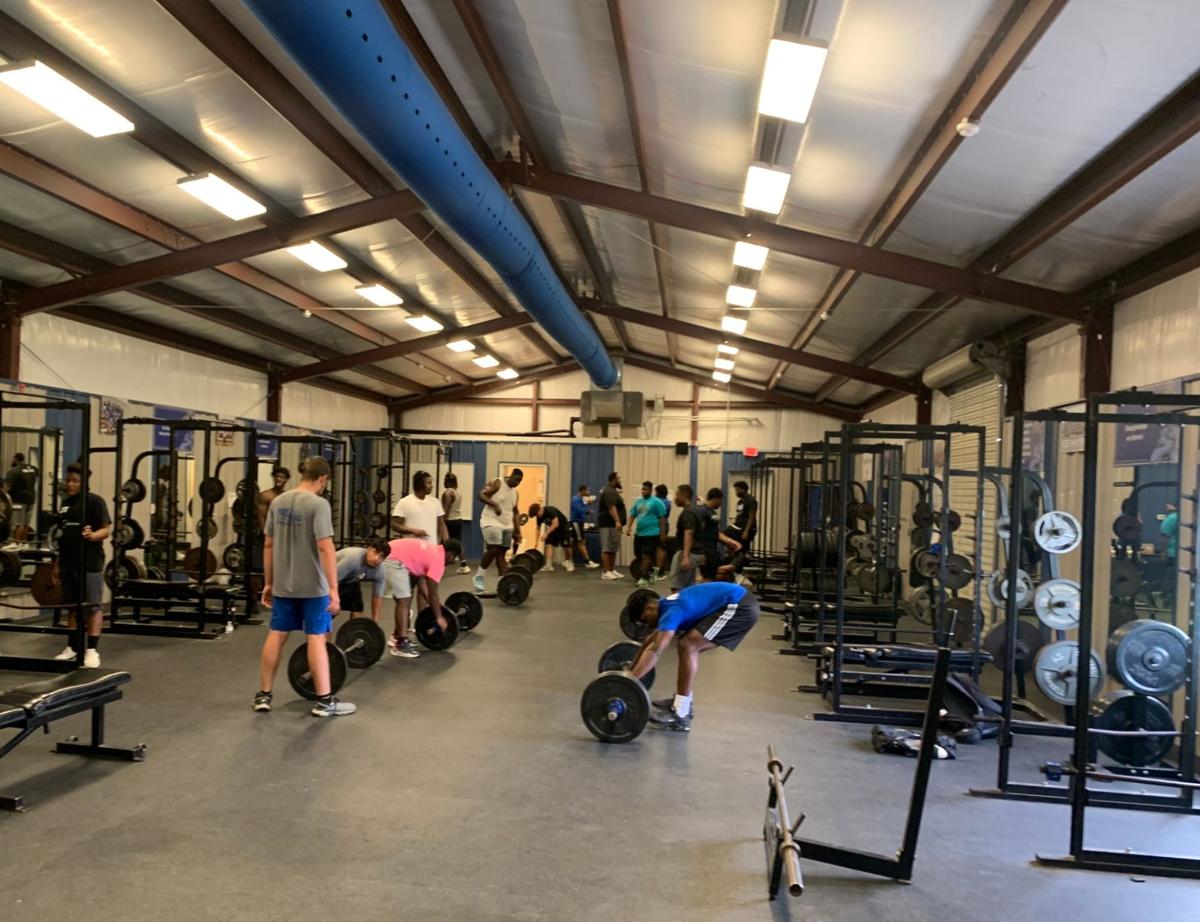 Port Allen athletes work out in the weight room last week during the first week high school athletes were allowed back on campus to workout with teammates. 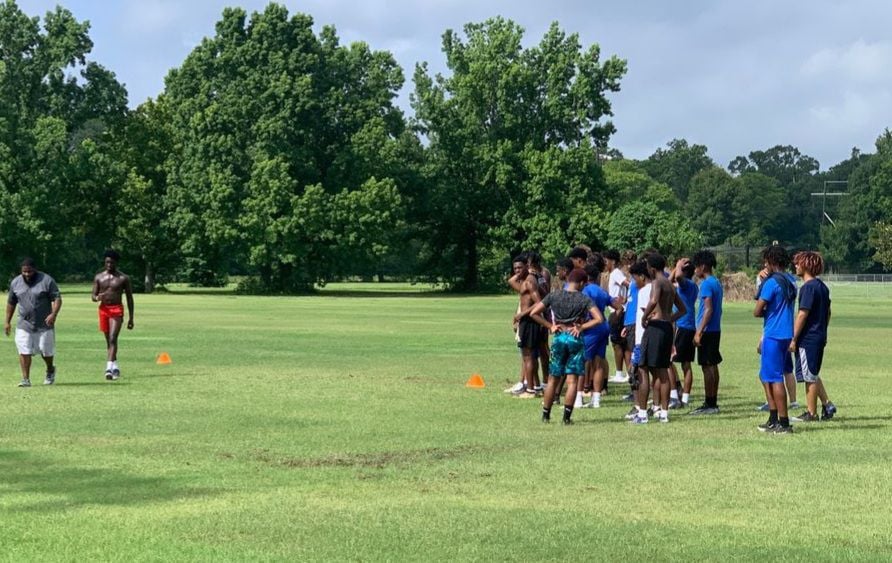 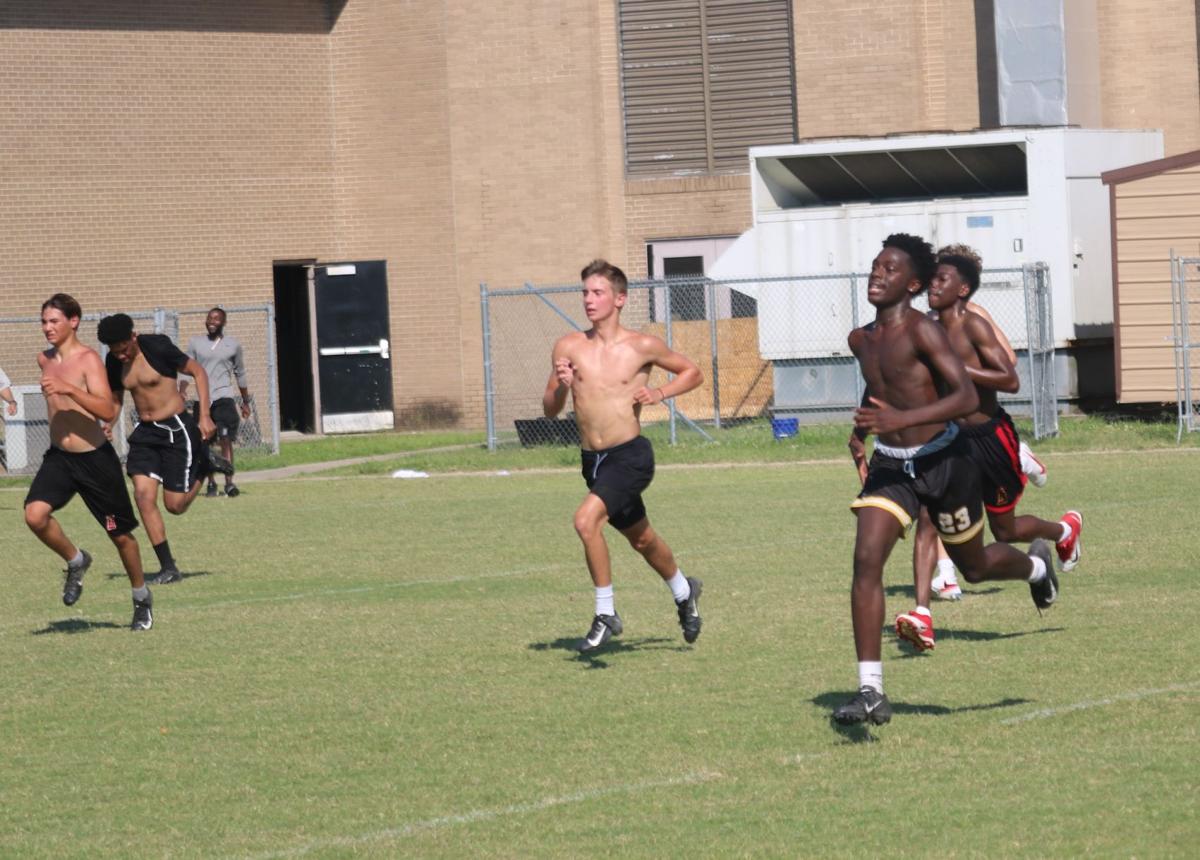 Port Allen athletes work out in the weight room last week during the first week high school athletes were allowed back on campus to workout with teammates.

The first step toward high school sports in the 2020-21 school year were taken and the excitement was evident.

For the first time in nearly three full months since COVID-19’s presence, high school teams flocked to campuses across the state to begin workouts.

Contact drills aren’t allowed in Phase 2 of Louisiana’s reopening, but that, coupled with last week’s tropical storm, didn’t put a damper on the excitement to get back to work in preparation for the upcoming season.

“We were excited to see them all, coaches and players,” said Brusly head football coach Hoff Schooler. The guys are excited to be back. We were worried about what kind of conditioning they'd be in, but they came back in better shape than we expected.”

With help from members of Ochsner, the Brusly and Port Allen High football teams devised workout programs tailored to the guidelines under Phase 2.

The teams are broken up into static groups of around 20 student-athletes and no more than two groups are working out on campus at a time. Typically it’s one group in the weight room, while the other is out on the practice field.

Brusly’s football program has between 80 and 95 players. Workouts start at 7 a.m. daily and the last group leaves campus at around 11:45. Each group spends 50 minutes in the weight room followed by 50 minutes on the practice field. After each group uses the weight room, the equipment is sanitized before the next group goes in.

Port Allen’s team is smaller but the plan has been similar to Brusly’s.

“The atmosphere was great,” said Port Allen head coach Don Gibson of the first week of workouts. "The kids and the coaches were excited to see each other. Ochsner did a good job of helping and supporting us. Everything has gone really smoothly. I’m impressed.”

The pandemic canceled spring football but both coaches in West Baton Rouge Parish admitted they weren’t worried about missing out on spring. Gibson and Schooler said they have the benefit of a plethora of returning starters and solid senior leadership, which should help in the long run, especially in this season with how the pandemic affected the normal timeline.

“It’s a great feeling,” Gibson said. “The expectations were that this is the year we were going to reap the benefits of our hard work. We have great leadership. This is the best numbers we’ve had since I’ve been here.”

Schooler said last week was more of an assessment of conditioning and where his players were physically. He said they will ramp up activity in the coming weeks leading up to July.

“We want to try to build on it until July,” he said. “We need to make sure we can get to where we need to be in July when it gets hotter. Judging from how they came back, I think we’ll be fine.”